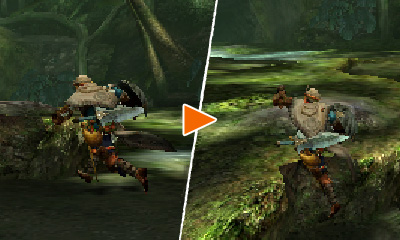 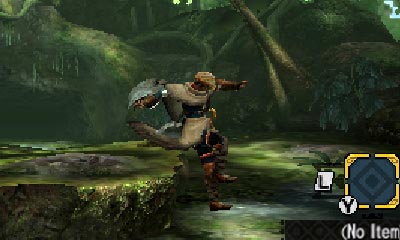 You can climb up or over certain elevated pieces of terrain by simply running into them. You can also jump off such terrain by holding Rボタン while dashing off an edge or when evading by pressing Bボタン.
If you perform an Aerial Dodge, you'll jump off a ledge if the subsequent roll meets the ledge.

Press Xボタン while jumping to perform a Jumping Attack with your weapon. 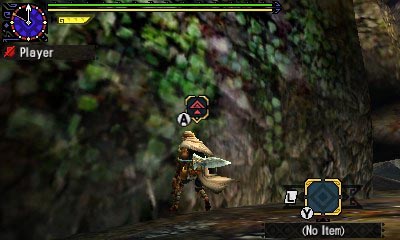 Press Aボタン when facing a climbable wall to scale it, and then move スライドパッド to move up, down, left, and right. You can also press Bボタン while moving to evade. Press Bボタン without moving to drop down off the wall. 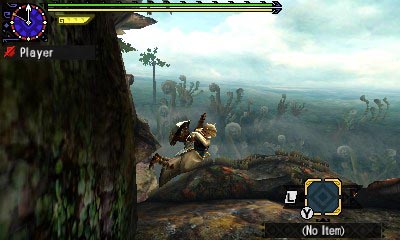 Press Aボタン to jump off a wall.

Attacking while on a wall 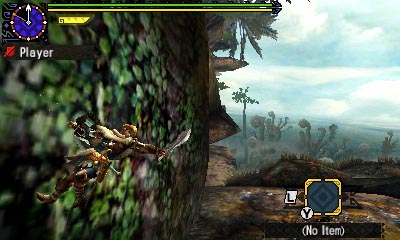 Some locales have special terrain. 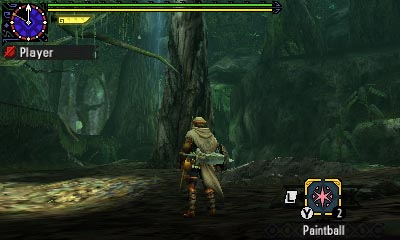 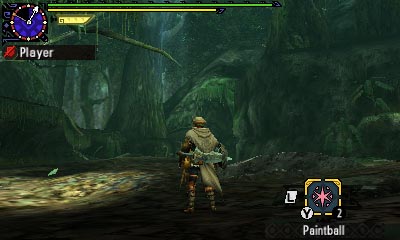 A monster's attack can damage the terrain and transform it. 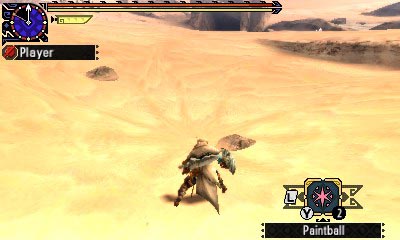 Sand will flow gradually and carry you with it. 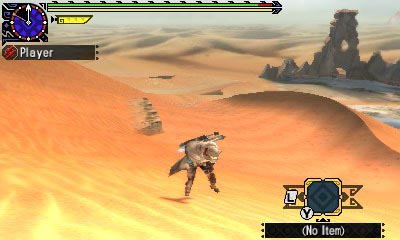 Some areas are so hot that they'll cause your Health to decrease steadily. Use a Cool Drink or have an active skill to prevent this.
In extremely hot areas, your Health will decrease more rapidly, and Cool Drink effectiveness will be shorter. There are also areas with magma that will cause you to take damage even if you have consumed a Cool Drink.
*Prowlers are not affected by the heat. 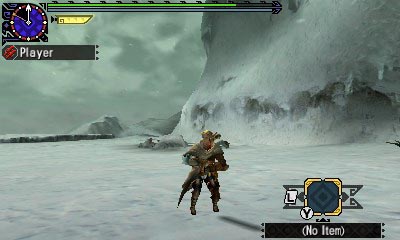 Some areas are so cold that they'll cause your Stamina to decrease steadily. Use a Hot Drink or have an active skill to prevent this.
In extremely cold areas, your Stamina will decrease more rapidly, and Hot Drink effectiveness will be shorter.
*Prowlers are not affected by the cold. 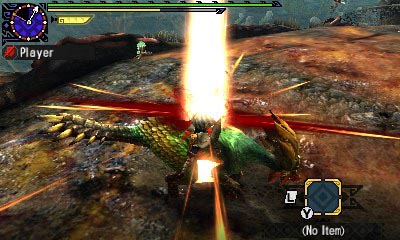 If you cause a monster to flinch by hitting it in a specific area with a Jumping Attack, you can mount it and start attacking.

Hold Rボタン to hang on when the head icon is red...

And attack when the icon is green!

Attack to fill up the gauge before the head icon overtakes the gauge. Filling the gauge up will topple the monster, giving you a chance to attack it further.

Help out your buddy while they're mounted!

While one hunter has mounted the monster, other hunters can attack the monster to fill up the gauge more quickly. 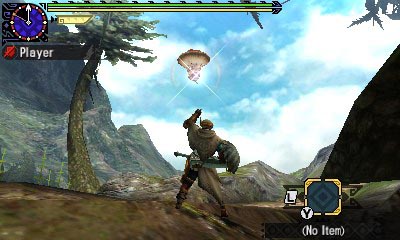 Sometimes during a Quest, you'll spot the Dragonwatch in the sky. When you spot it, face it and use the Wave gesture, and they'll mark large monsters on the Map for you. You can only use this once per Quest, but it's useful when you've lost track of a monster.