Compete against other agents for points in this mode.

● Compete individually or as a team.
*Skills in this mode must be equipped in the Survivors Skill Settings.

Skills equipped in other modes will not be applied.

Select Extra Content under Play Game, and then Survivors. 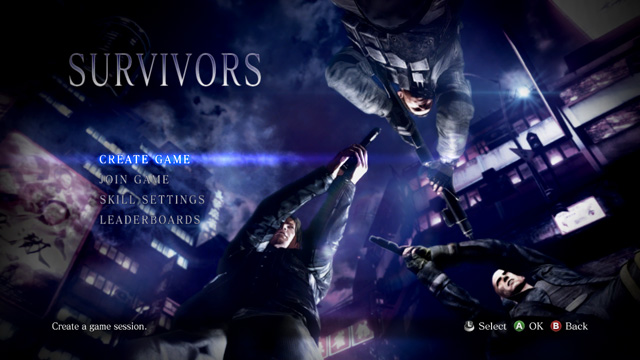 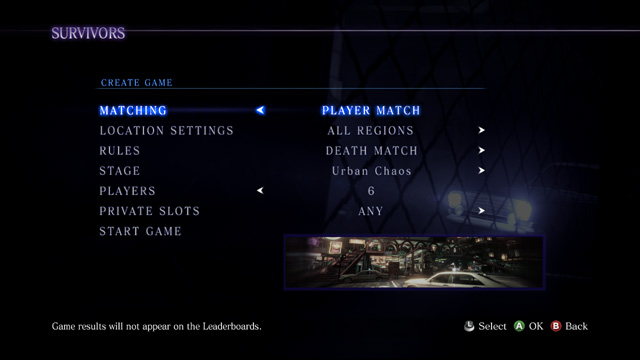 Location SettingsSearch for players based on location.
・All Regions
・Home Region 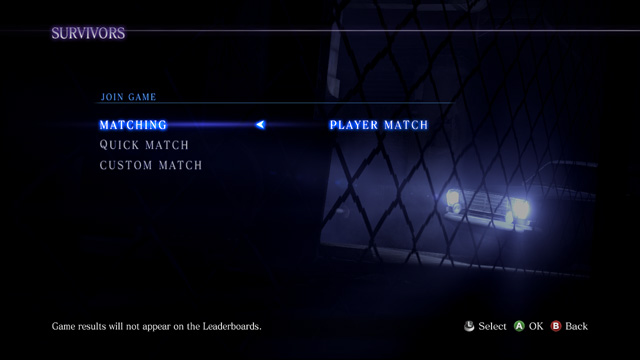 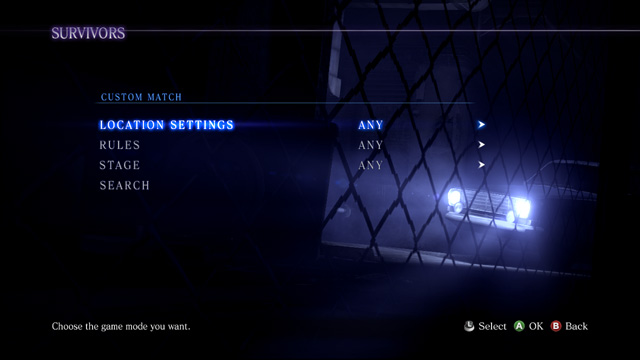 The following parameters may be set for search in Custom Match.

Stage SelectionChoose the stage you want to play. 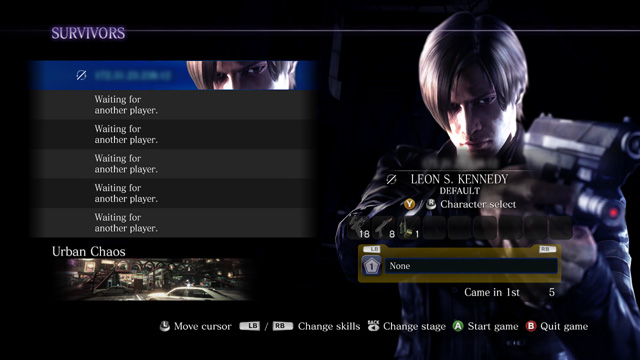 Select a stage with SELECTBACK.
(Only applies if you created the session.)

Change equipped skills with L1LB R1RB.
Note: You will need to purchase, customize, and equip skills in the Survivors Skill Settings. 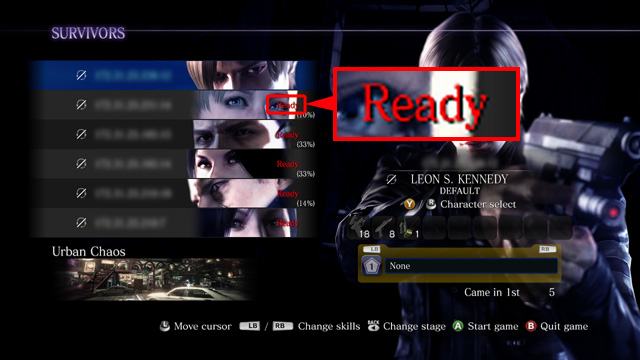 The game will begin when at least one other player has entered the lobby and is ready (all settings have been adjusted), and the player that started the session presses ×A.
*Players that joined a session cannot begin a game.

● In Team Match, use R2RT to change your team. Choose from the Alpha or Bravo teams. 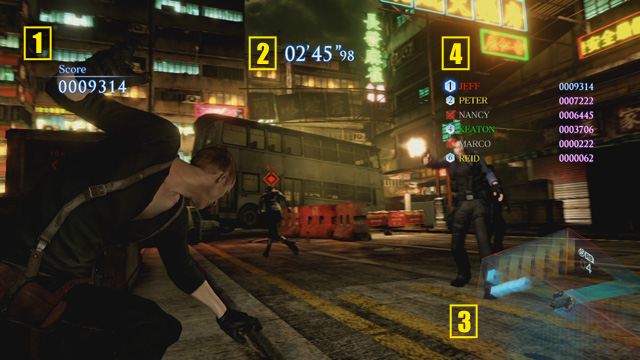 Scores are displayed by team in Team Match. 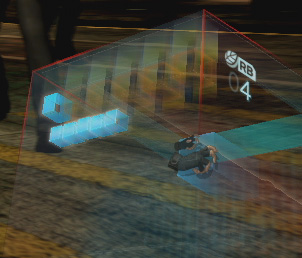 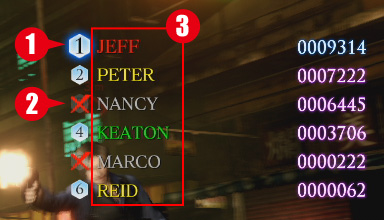 The Game Screen for Creatures 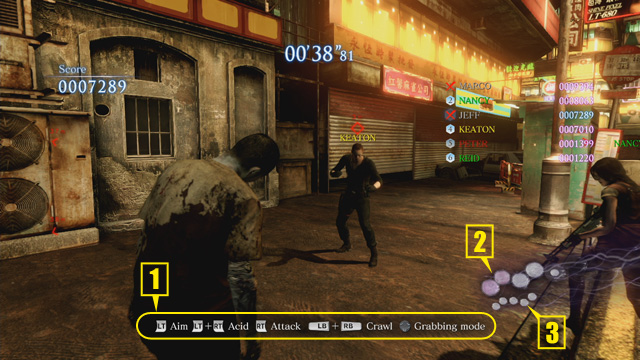 Displays controls for each creature.

All other players are enemies. The winner is determined by final total points.

Players are divided into two teams. The winner is determined by final total points.

The time limit per round is five minutes in both Death Match and Team Battle.

● Points are earned by damaging or killing other players (agents) with weapons or physical attacks.

● The game will end when all of your opponents are defeated, or when time runs out.

Points are calculated in the following ways.

● You can use all characters and stages from The Mercenaries!
Each character has special, Survivors-only equipment, giving you a variety of ways to play!

● Take out agents with headshots!

● The agent's physical attacks also eat away at other agents' stamina!

● Unleash powerful moves on agents that are stunned.