Co-op play in Ada's campaign differs from that of the other campaigns.


● Ada's partner is limited to a co-op-only agent.
This agent's role is to provide support in battle, and does not extend to actions that progress events in the story.

For example, actions like opening and closing doors, picking up key items, activating switches, and using the zip-line are all performed solely by Ada.

● You may join a session in either the lobby or at the start of chapters only. Further, you cannot begin the game only as the agent.

● Even if you are invited to join a session, if you miss the time window to join, you will not be able to participate.

● If the player using Ada leaves the game, the session will end. 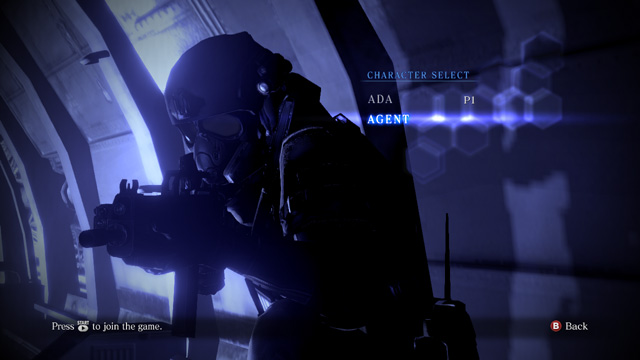 To play Ada's campaign with co-op, select either New Game or Chapter Select and adjust your settings.
You cannot play the game only as the agent. 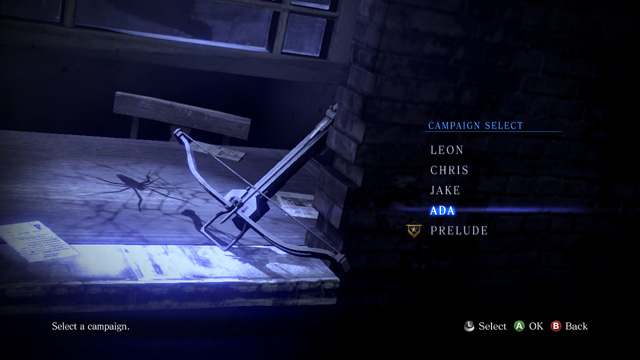 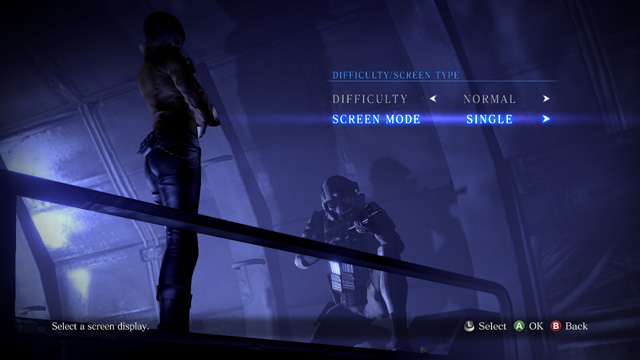 After selecting Split, first adjust player settings in Character Select on the Ada player-side, then after the agent player presses STARTSTART, the System Settings will display and you may select Start Game to begin playing. 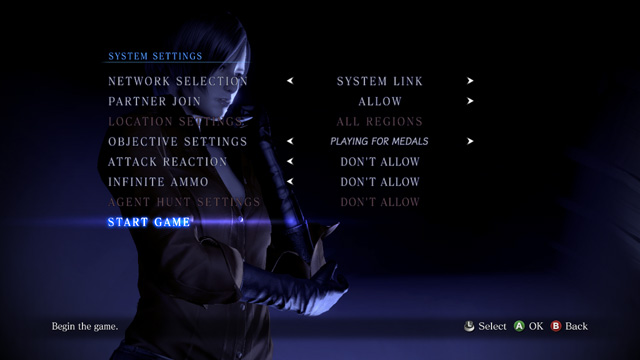 Select any setting except Don't Allow.

To open participation to all countries and areas, select All Regions. To only accept participants from your own country or area, select Home Region.

To enable the use of infinite ammo, select Allow. 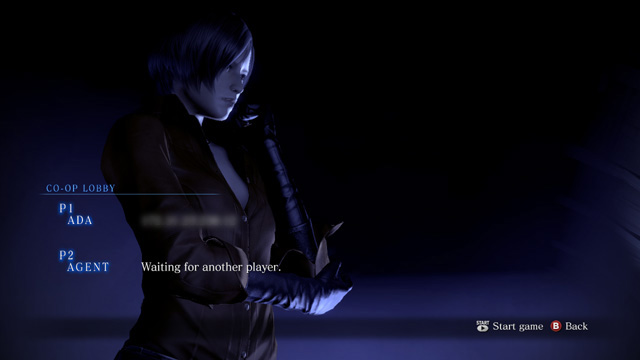 To begin the game without waiting, press STARTSTART. However, please note that aside from the lobby, the agent can only join at the beginning of a chapter.