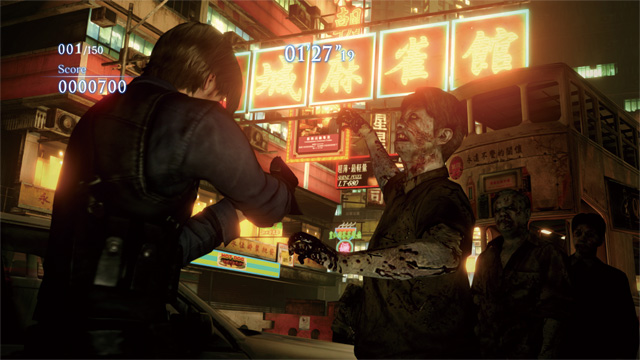 In this mode, you aim to score points by defeating as many enemies in a stage as
possible within a set time.

・A maximum of two people can play at the same time. Split-screen is also possible.
・Points are displayed on the leaderboards.
・You can purchase/equip skills specific to this mode under "Skill Settings" within The Mercenaries mode.

* Skills equipped from "Skill Settings" in the Campaign mode do not apply to this mode. 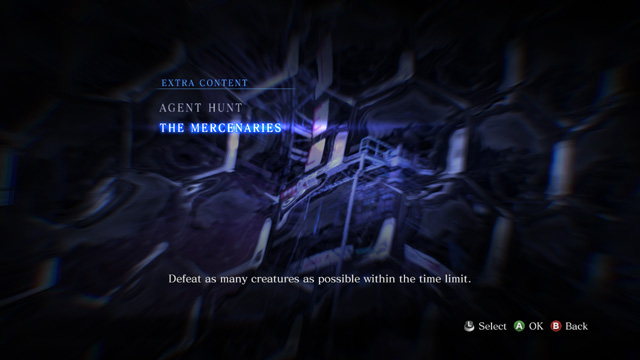 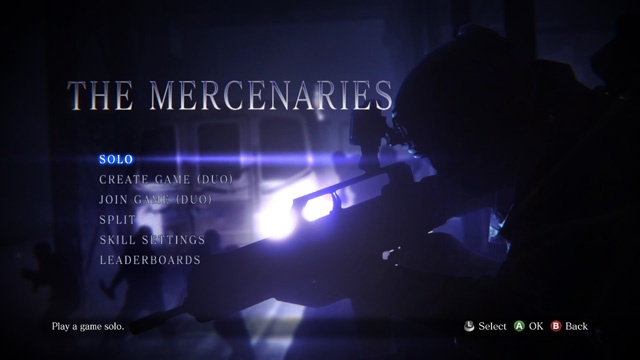 Select the following from the Title Screen. 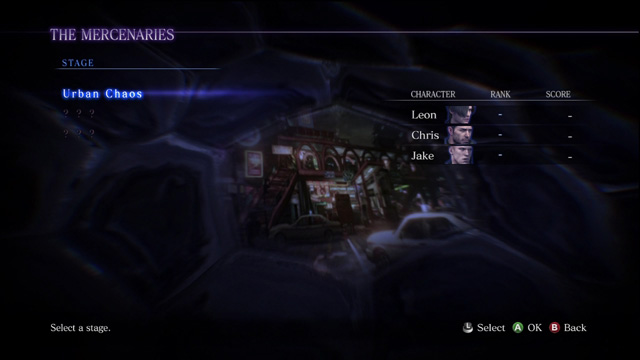 Select the stage you wish to play.
(Only during Solo play.) 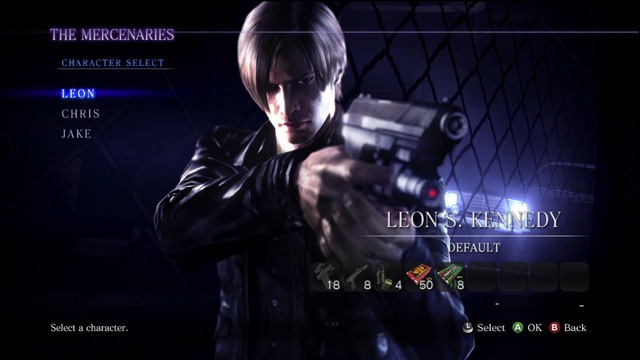 Select the character you wish to play as. 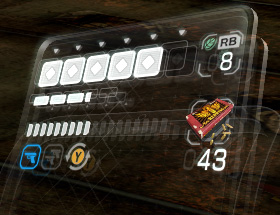 Defeat Conditions
If your health goes down to 0, it is game over.

In The Mercenaries Mode, secret enemies will randomly make an appearance. While they do not appear often and are difficult to defeat, they will award you with a significant amount of points. 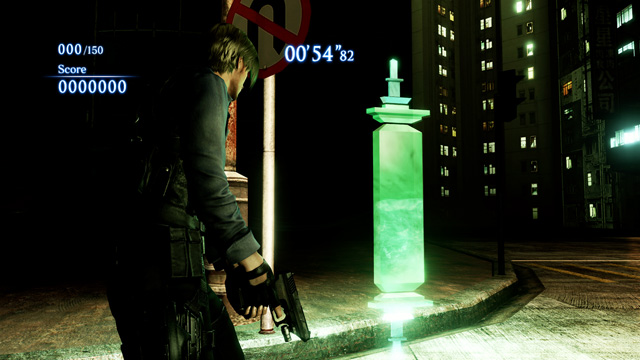 Defeating multiple enemies in succession will result in a combo, which awards you with more points. Go for longer combos to score as many points as possible.
Destroy an extended combo bonus object to further increase the amount of points awarded for combos. 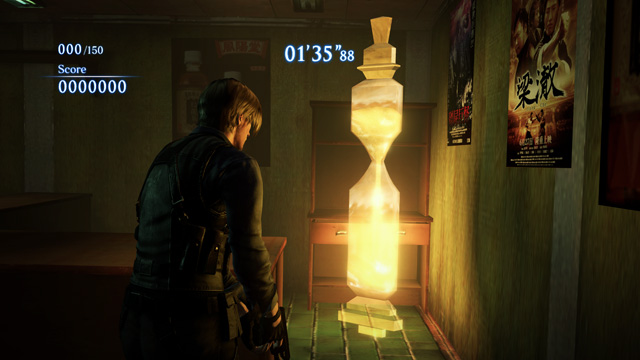 Within Skill Settings in The Mercenaries, you can purchase and equip skills that are exclusive to this mode.