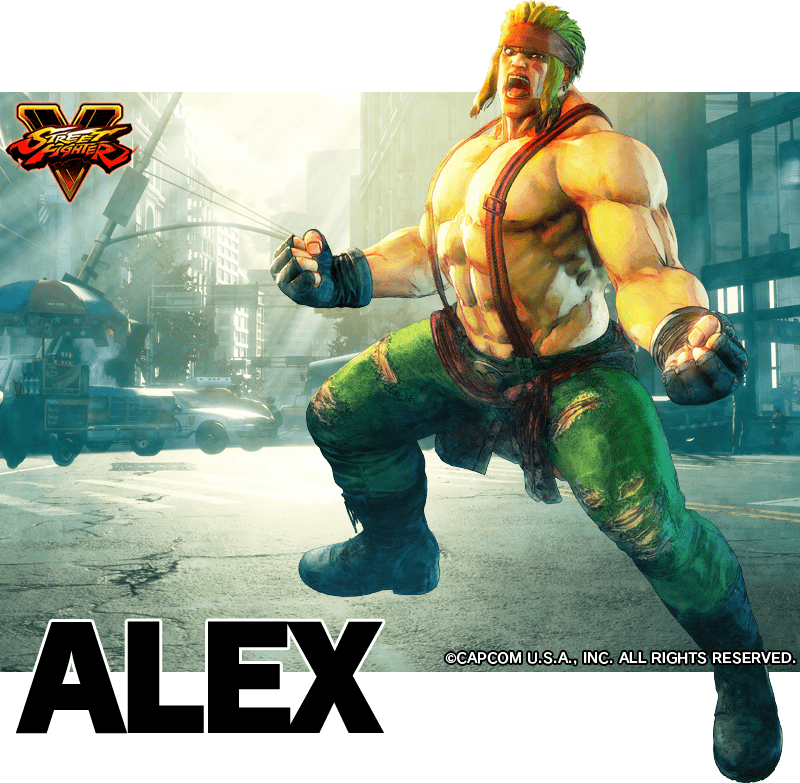 Alex, who played a leading role in Street Fighter III, has returned to Street Fighter V!
Featuring both strikes and grabs, Alex is a true all-rounder, and unleashes barrages of attacks that can quickly overcome opponents. His V-Skill and V-Trigger are also extremely powerful!

Although he trains rigorously in his quest for strength, Alex has never even thought of leaving his hometown, New York.
Tom, a close friend of his father, is worried about this peculiar trait of Alex.
Although Alex is a man of few words, he never fails to speak his mind.