This hunchbacked fellow attacks using tools. Apparently, he doesn't get along well with others. Rumor has it that he's taking kickbacks from a certain organization... 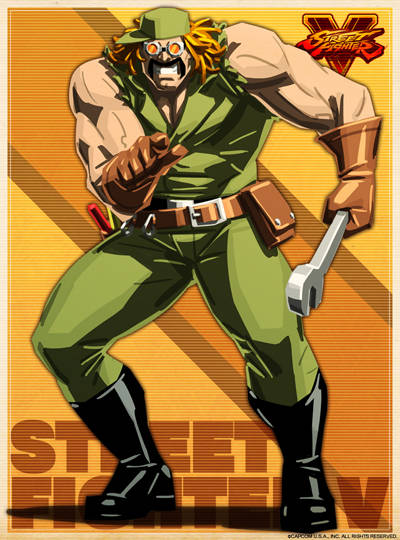 He's had an interest in breaking down machines ever since he was a child. His father worked at an automobile factory - he'd quietly steal his tools, break down various machines, and then put them back together. In order to keep up his hobby and not run out of machines to break down, he left home and began living in a scrapyard.

While he's got enough arm strength to be able to twist off steel pipes, he doesn't have any experience as a fighter. His fighting style is self-taught.