I've got more images from Capcom Fighting All Stars, so today will be part 2 of this series. There are some never-before seen images mixed in here as well! 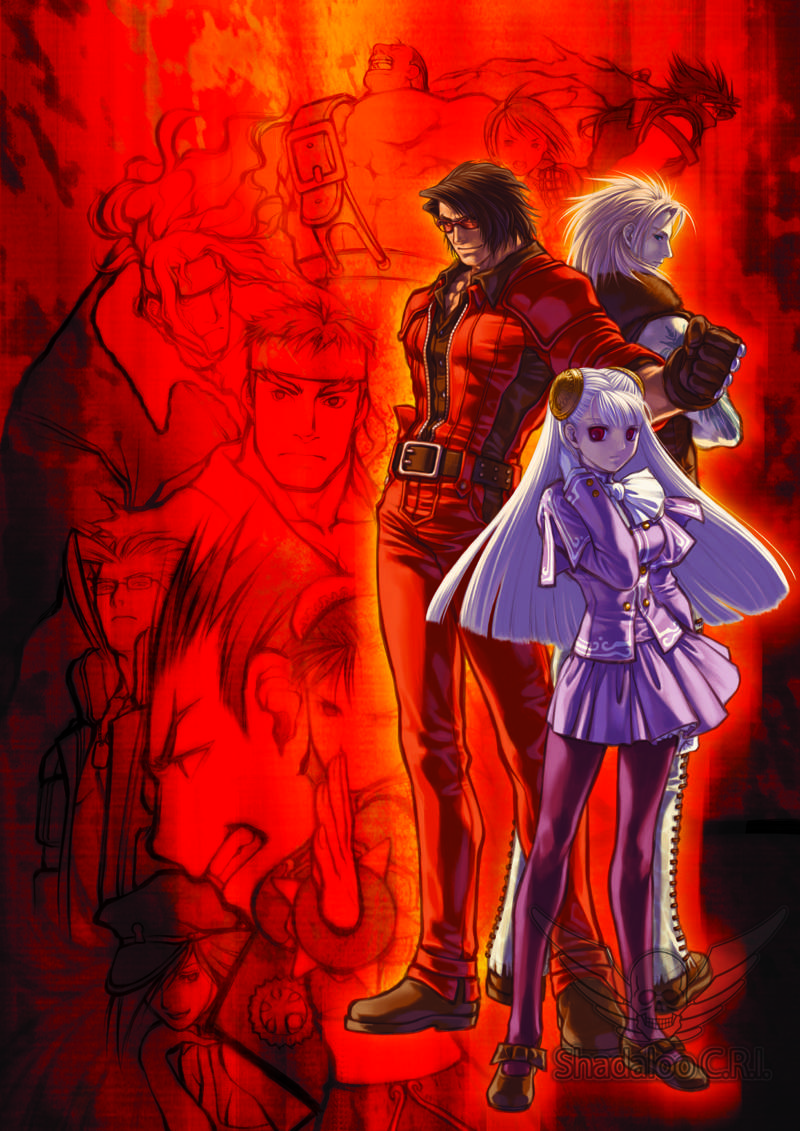 A basic command sheet for events. 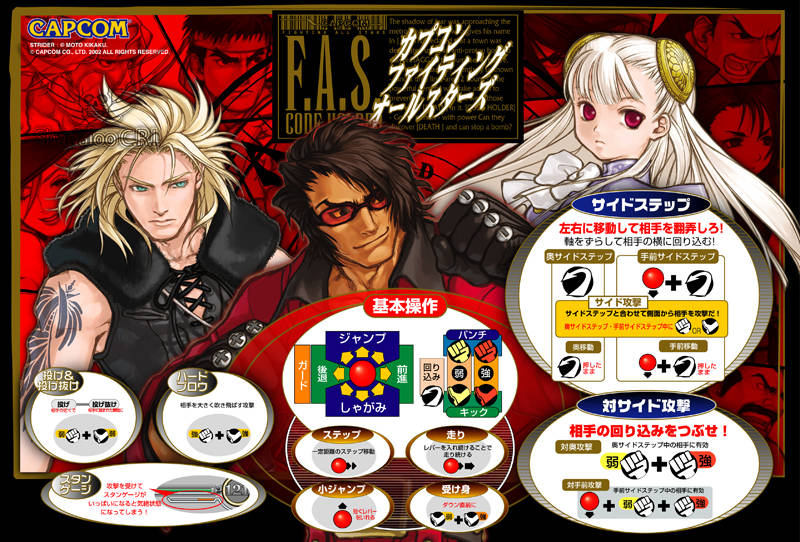 Face icons. They're different from the character select poses. 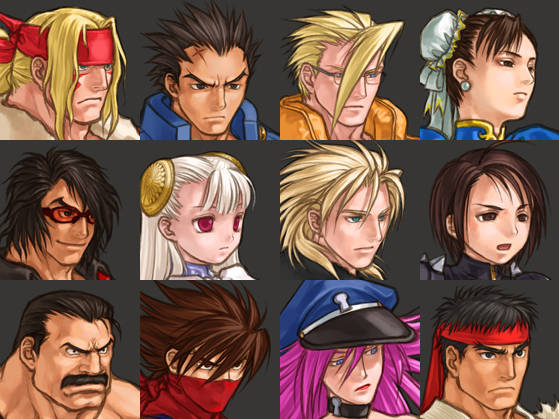 The character select screen. What's up with the 2 blank spots...? 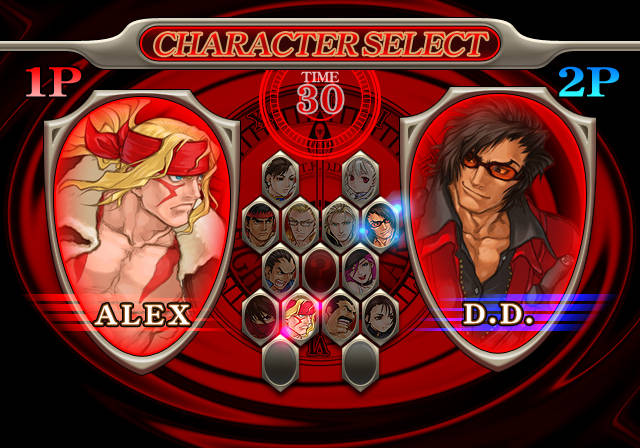 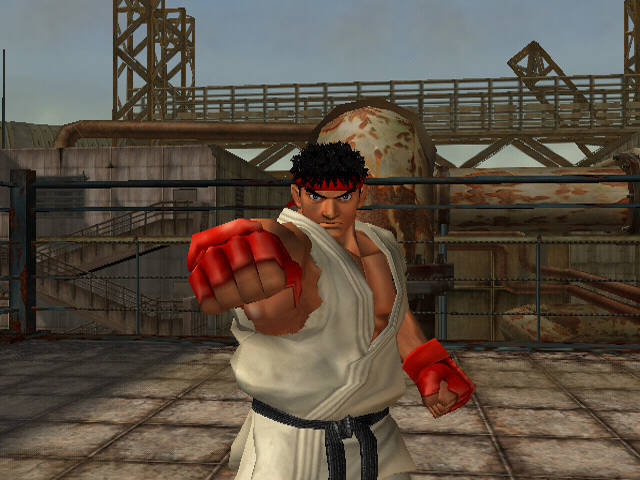 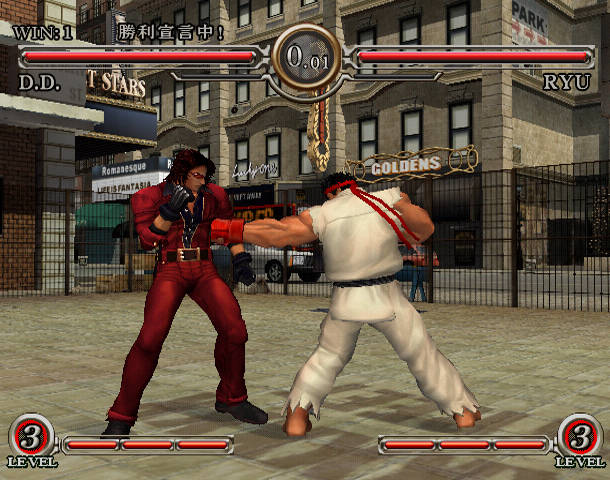 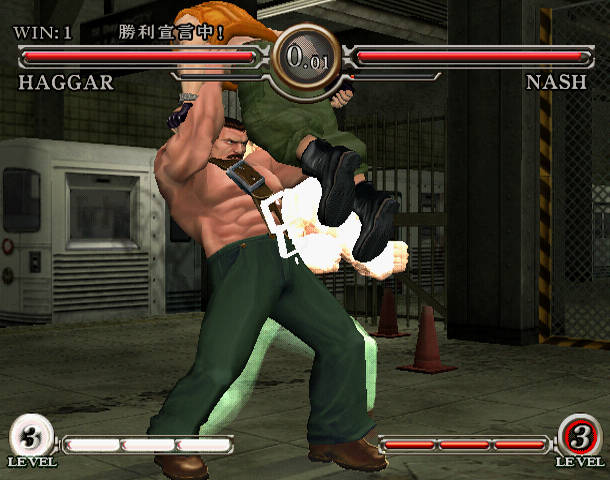 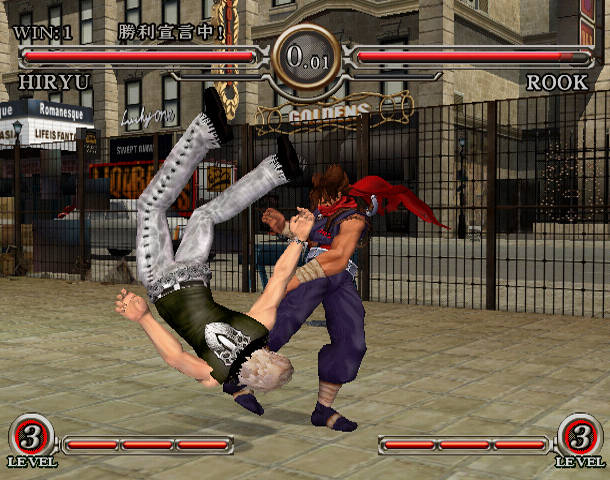 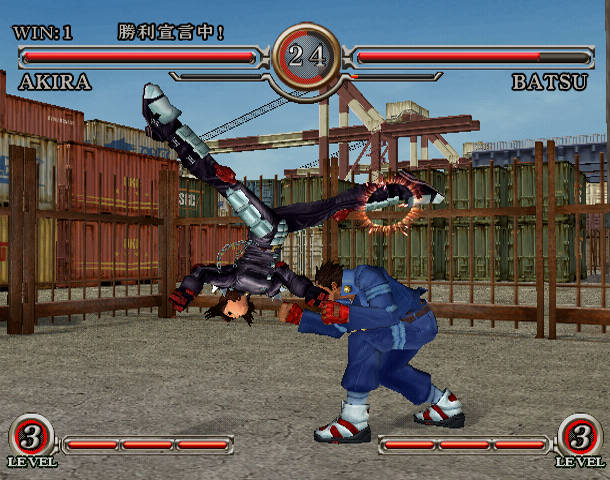 This is from the opening movie, continued from the previous entry
. "Yeah, it's me. Mike Haggar." 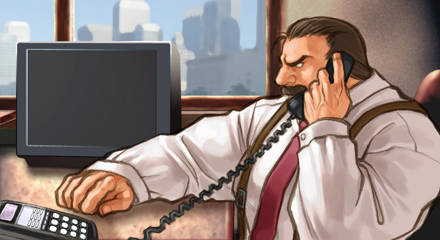 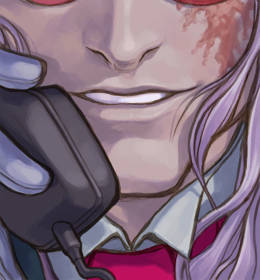 Aaaaand that's it for FAS materials. It's 2017 now, so it's been about 15 years since this game saw the light of day. It featured gameplay mechanics such as axis movement, and the Dramatic Counter. Also, if you pressed the start button during your character's introduction before the fight, and if you won, you'd get the "Dramatic Finish." Each character had a finishing blow animation that could be triggered upon entering in a super-difficult command.

That certainly is difficult. What the hell is up with that command.

And now, time for a little secret.


A special treat for those of you who stuck it out this far.


Remember those two blank spots in the character select screen?


They were for hidden characters.


The first is Akuma. He was going to be in the game. 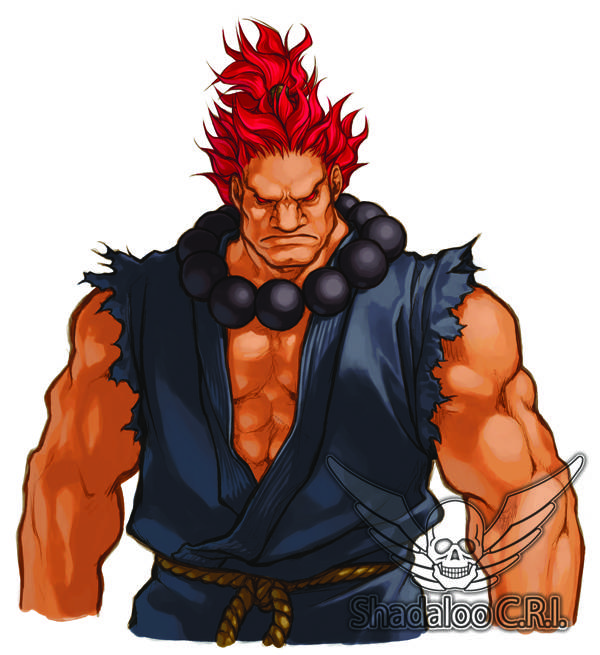 The second is Demitri. Darkstalkers represent! 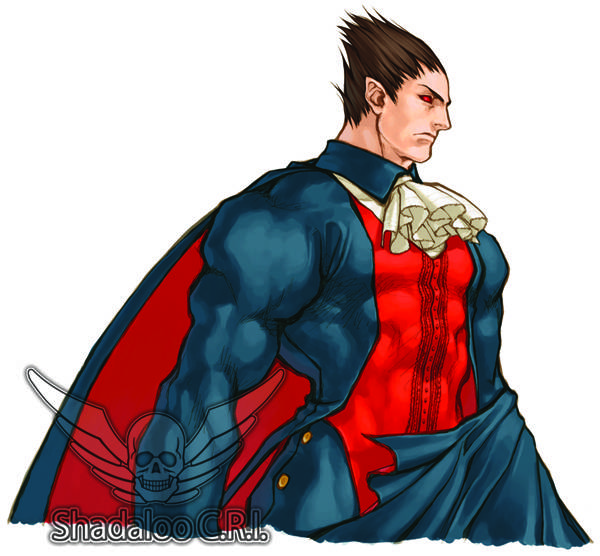 And finally we have the Code Holder Death, also known as Avel. This is the first release of his name and appearance. Both Ingrid and Avel are natural Code Holders by birth. But where Ingrid has longevity, Avel's lifespan is shortened. It seems there's more between these two than we know. 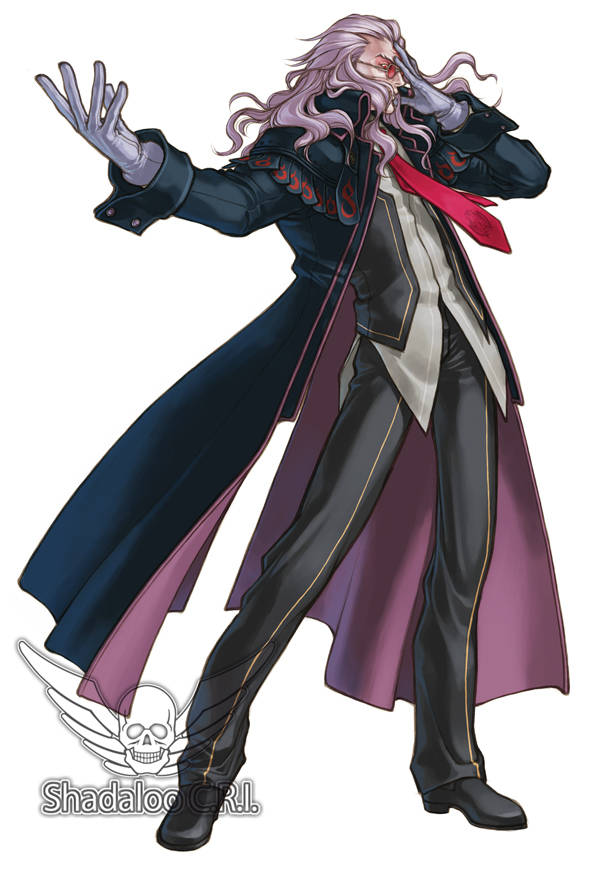 And that's it, this is the true end. Thanks to all who supported Capcom Fighting All Stars in one way or another!