Hello everyone! Here's a quick look at D.D., a character that was scheduled to appear in Capcom Fighting All Stars way back in the day. 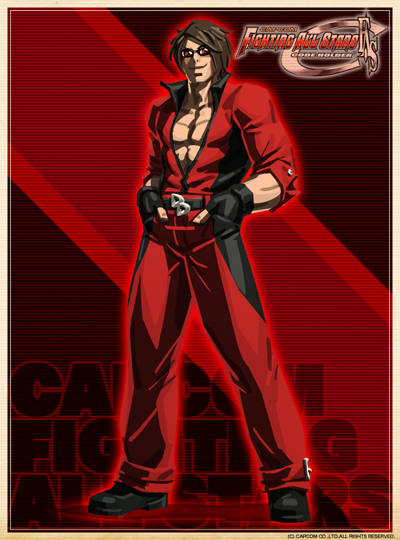 D.D. carries a unique genetic code that was bestowed upon him by a mysterious organization. He's known as Code Holder, and fights with bludgeoning force and power, thanks to his destructive fists which glow a deep crimson.
His real name was Daisuke Dejima, and in the past saved Metro City from a huge crisis when he battled alongside his friends.

We even had an idea for a subtitle, aptly named "Daisuke Dejima's Close Call"!

All of D.D.'s special moves have him rushing forward, so you could link his specials together. He's a very rushdown oriented character but was weak to dramatic counters. Conceptually he was a linear attacking character.

■Mugen Thunder
A quick rushing followed by a series of body blows.

■Supreme Onikami Godfist
Assault an opponent with an endless series of attacks, much like the Raging Demon. 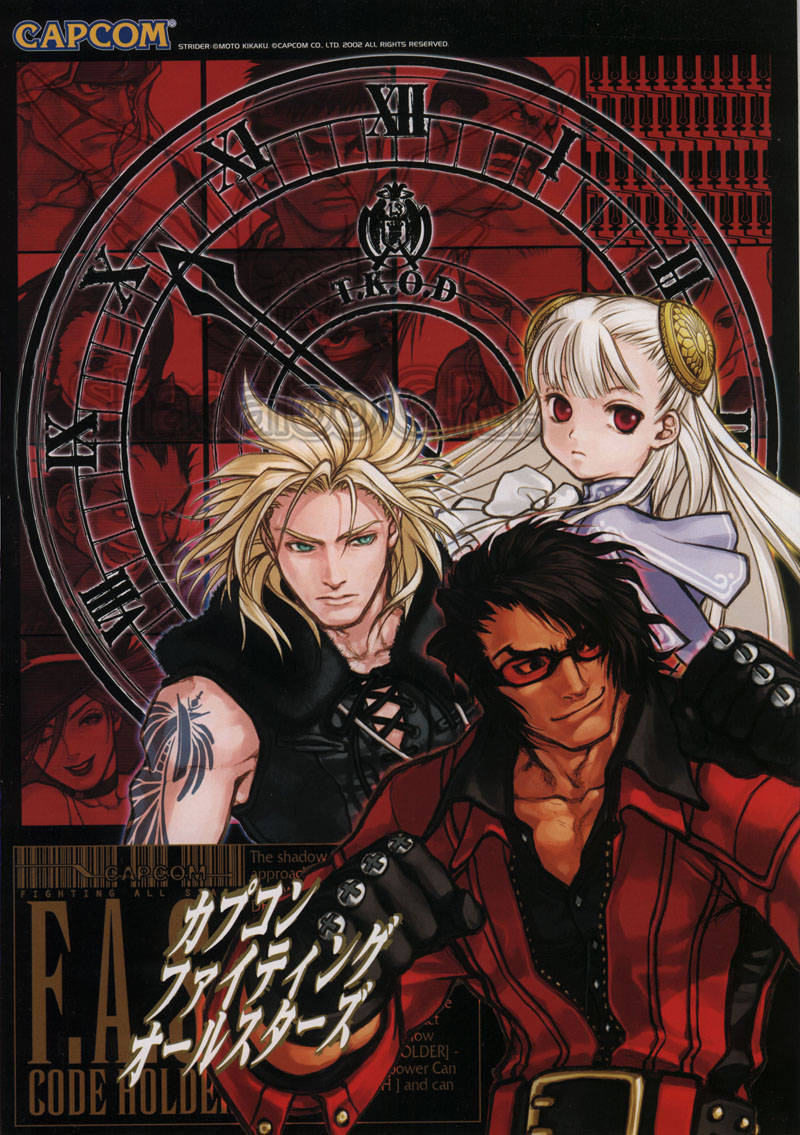 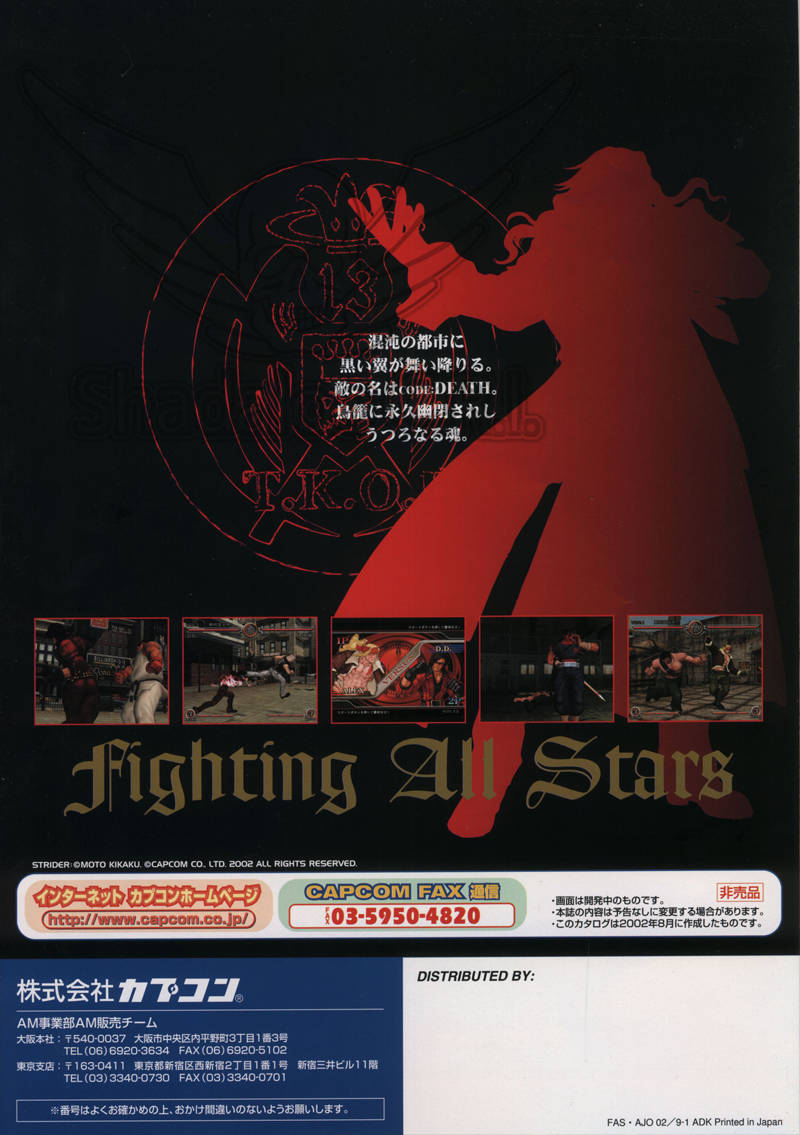