Here's the other twin!
He's a got a pretty...unique hairstyle going on. I wonder if it's rock solid?
If you haven't seen Yang in action before, he's also pretty good on rollerblades! 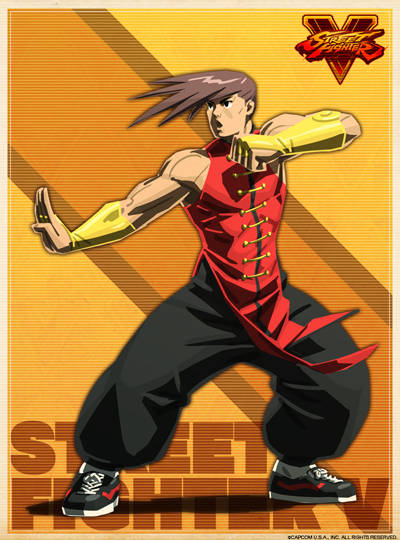 While Yun is known as the White Dragon, Yang is known as the Blue Dragon.
Yang is the cool, calm fighter compared to his brash twin brother.
Yang looks for openings in his opponent's defense and strikes with exceptional quickness.
He sets off with his brother to test out his abilities against the best in the world.