As you've probably guessed from the title, we've prepared a real heavy hitter for our next entry in the Character Guide: a part-time tengu and the old man of everyone's favorite Saikyo-style master. 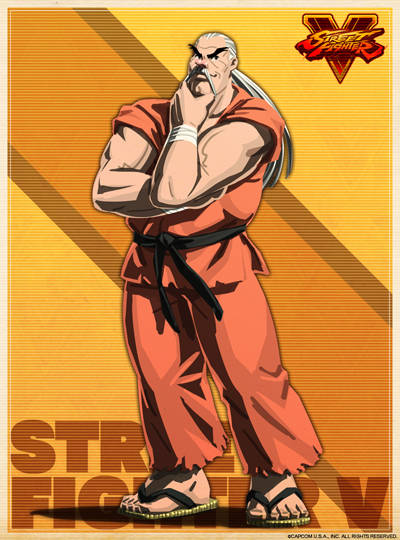 Gou practices Buraiken, a street fighting style based on Karate. His Shoten Buraikyaku finisher delivers multiple powerful knee strikes straight to an opponent's face. He loves jokes and is a friendly old geezer. Gou was the fighter responsible for Muay Thai king Sagat's missing eye, an affront that cost him his life. His son is Saikyo-style master, Dan.

Personally I think his son should have learned more from his father.