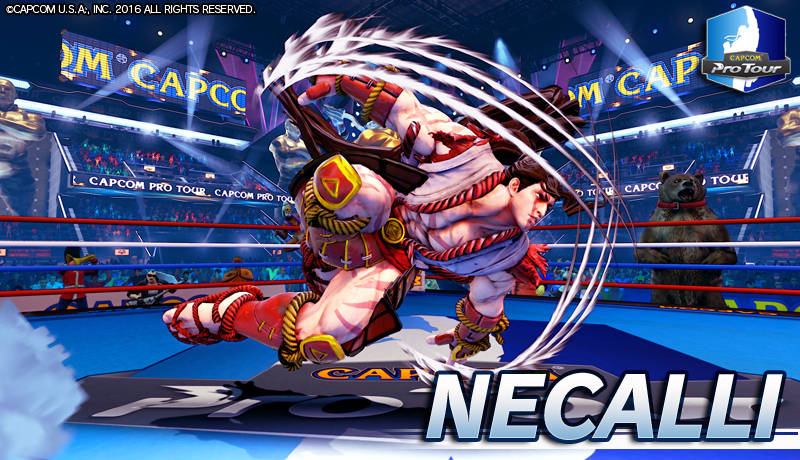 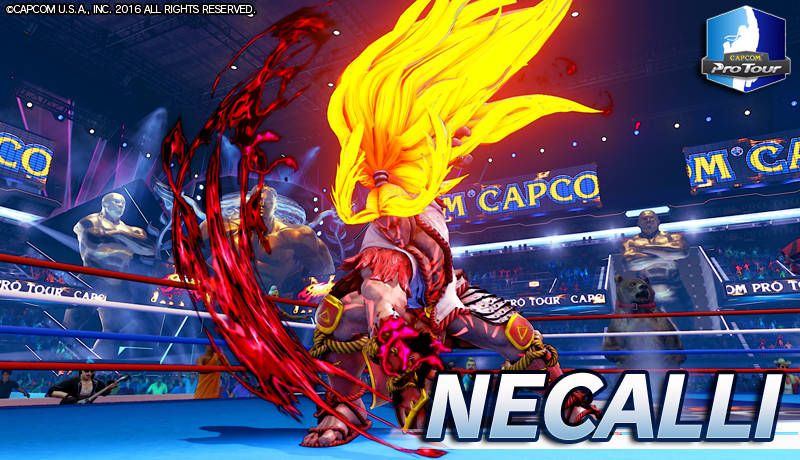 We're happy to announce that the third CAPCOM Pro Tour costume is for Necalli!
Read about the previously released costumes here!


The costume was conceived by none other than 2015 Capcom Cup champion Kazunoko!

Here's what he had to say.

I decided to go with a samurai look,
as Japan's samurai tradition is quite popular around the world.

I really hope you enjoy using the costume!
Capcom Cup 2015 champion Kazunoko is a member of GODSGARDEN, and is sponsored by G-Tune.


About the design process

Wow, he looks awesome!
The Japanese-style armor fits him well,
even when he changes it really stands out.
Hey old man, how about we get our own costumes next year?

Now that's the spirit, master!
Of course it's up to whoever wins this year's Capcom Cup, we'll need them to pick you!

Huh, I see.
I guess we can't just get anyone to create a costume.

Come to think of it, how are the costumes made anyway?
It's not like they can just come up with something right away.

Precisely.
The process is a real labor of love, and required a lot of help and input from Kazunoko.

After he submitted his original idea, a number of designs were drafted and refined over multiple meetings.
Here are some of those intermediate designs. 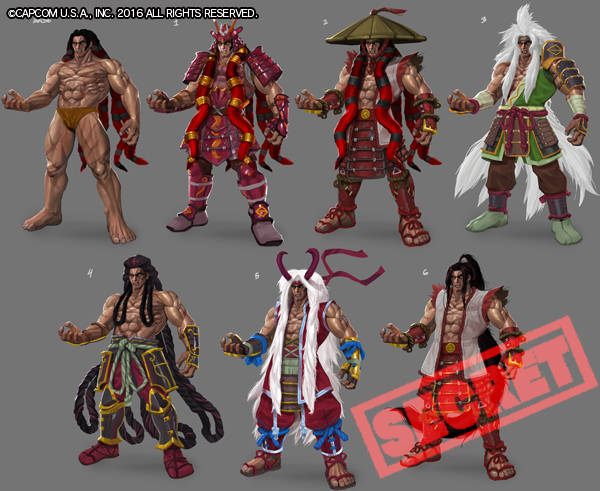 I'd love to be able to give my own ideas too, but I guess we'll have to trust in the competitors!

That's right master!
I can't wait to see what they'll come up with next year!

Just like last year, the 2016 CAPCOM Pro Tour champion will be able to submit ideas for a new character costume!

About the CAPCOM Pro Tour

CAPCOM Pro Tour is a series of live audience fighting game tournaments held across the world,
featuring the latest game in the Street Fighter series.
This year's tour is already underway, with competitors battling for the Street Fighter V crown!

More details available at the link below!