We revealed Cody at the San Diego Comic-Con the other day. Now that the cat is out of the bag (or, the prisoner is out of his cell...?) I'd like to share his outfit design ideas.

He stole this outfit from a police officer inside the station. Looks like Cody's legs are longer than the guy he took these clothes from. ...I wonder if that officer happens to chew gum? 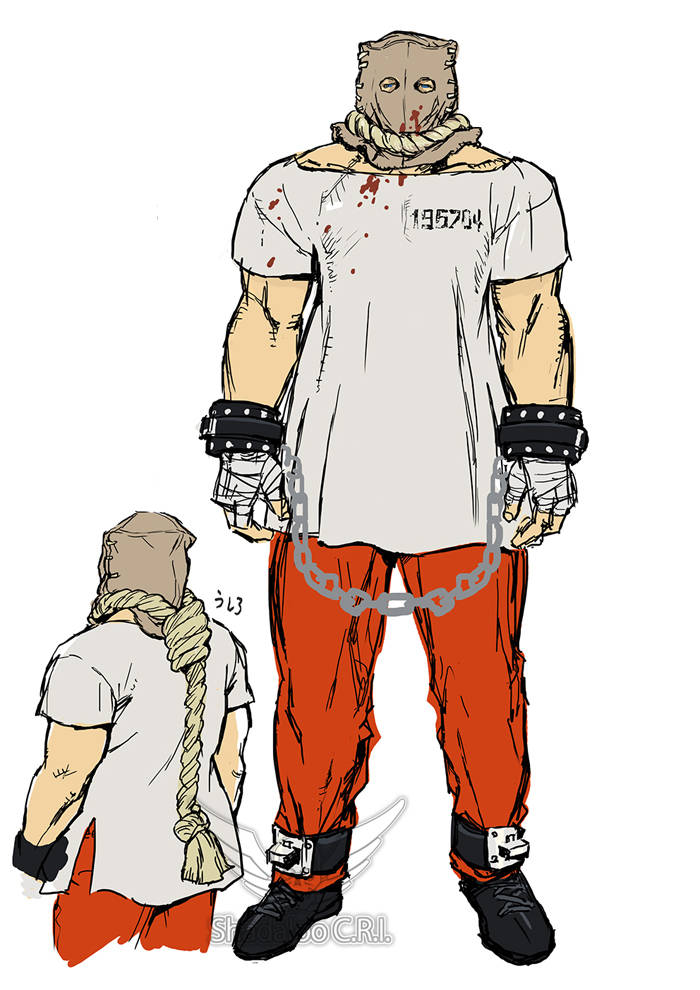 Cody after having run wild inside the prison. This is very scary...

An orange prison jumpsuit. Kind of makes you feel like he's street...wise. 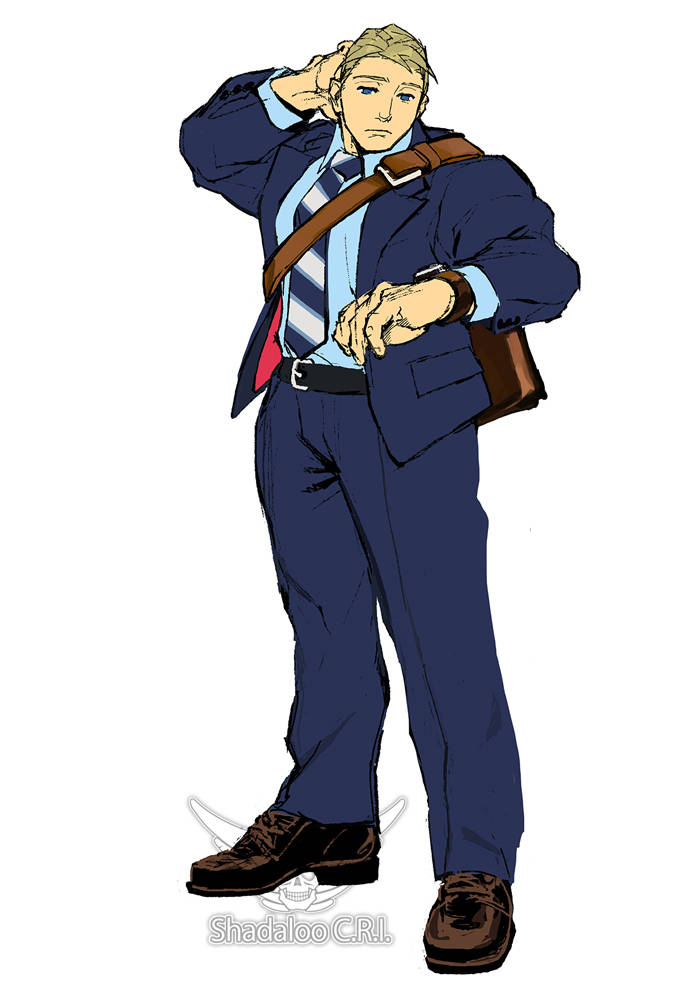 On the day of his interview some minor thugs always try to get in his way, so he always ends up running late.


Out of Work Version 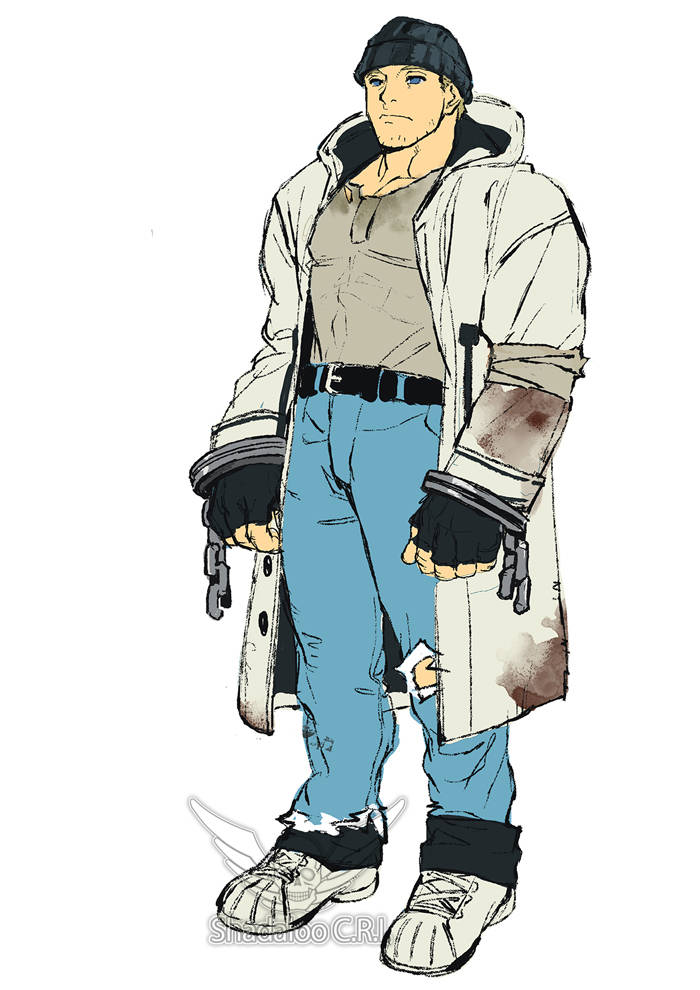 Seems he's not cut out for a normal lifestyle after all. He manages to get by somehow while still getting into street fights. But even Guy is worried about him!


So, what do you think? From here, it's pretty difficult to imagine how he'd end up as a newly-elected mayor. The former mayor Haggar must have done some serious convincing...