At long last, the king has finally returned (sorry to have kept you waiting...) ! He's a character who already has a lot of unique flavor, so there wasn't much we could change about him. Here are the design ideas we had for his clothing. 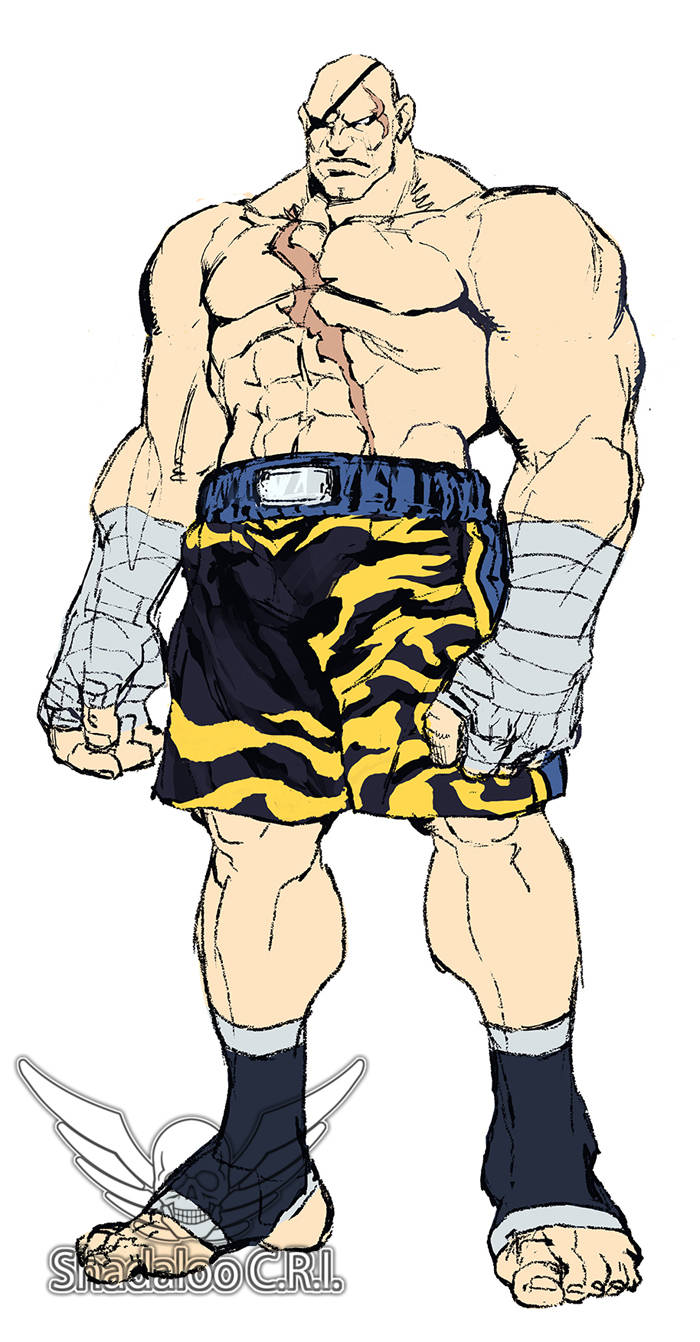 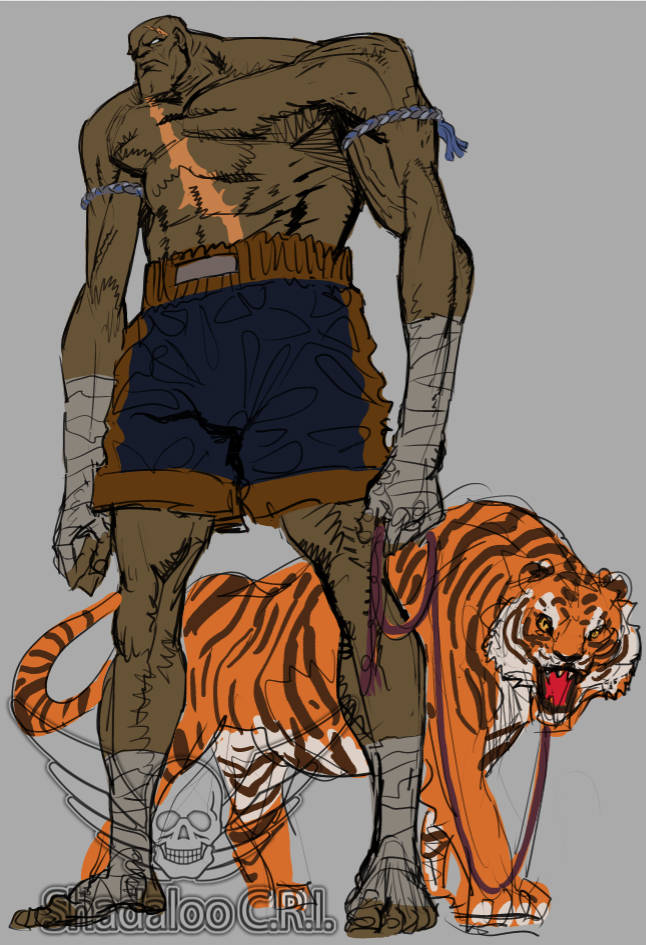 We changed his outfit to something reminiscent of old Muy Thai styles. His body is covered in scars from training and his fights, so he wears the upper body cloth in order to not frighten the villagers - the kind considerations of a king.


So, what do you think?
Sagat's got a pet tiger named Willa Maiu. His official name is "Phicit Willa Maiu," which means victorious courageous cat.

Sagat found him when he was still a cub. He called him Maiu for "cat," but before long the cub had grown into a large, majestic tiger. Continuing to just call him "cat" didn't feel right, so the kids of the village gave him his full name.