Sakura, the young girl who threw herself into the Street Fighting scene, chasing after the fighter she idolizes, Ryu. In SFV she's lost her school uniform look.
(It's still available as an alternate costume though.)


Going to the Gym Version 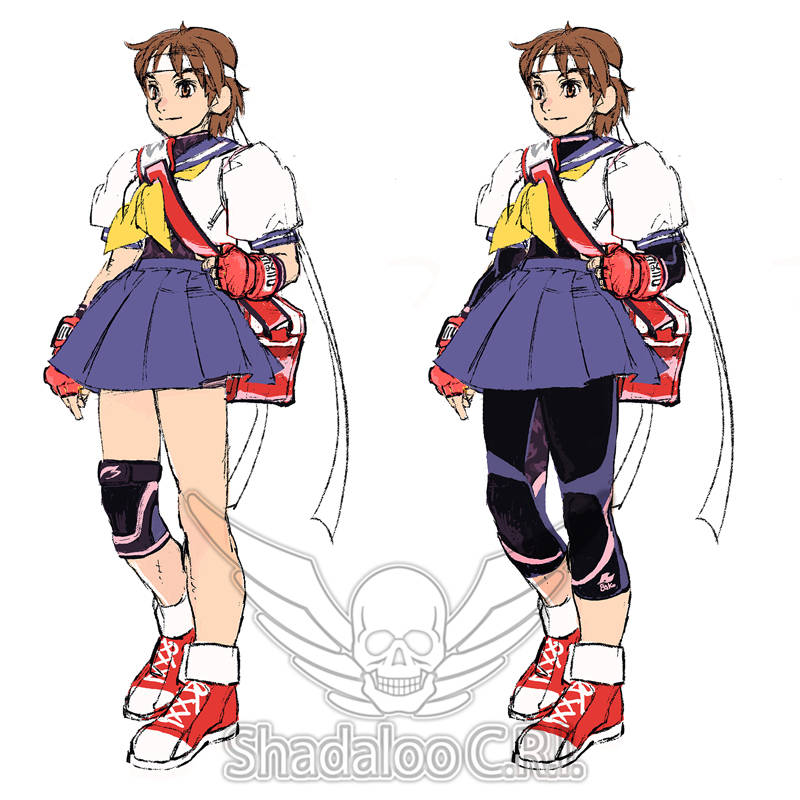 This was Sakura before we decided to give her a professional outfit. She's working out at a gym while going to school. 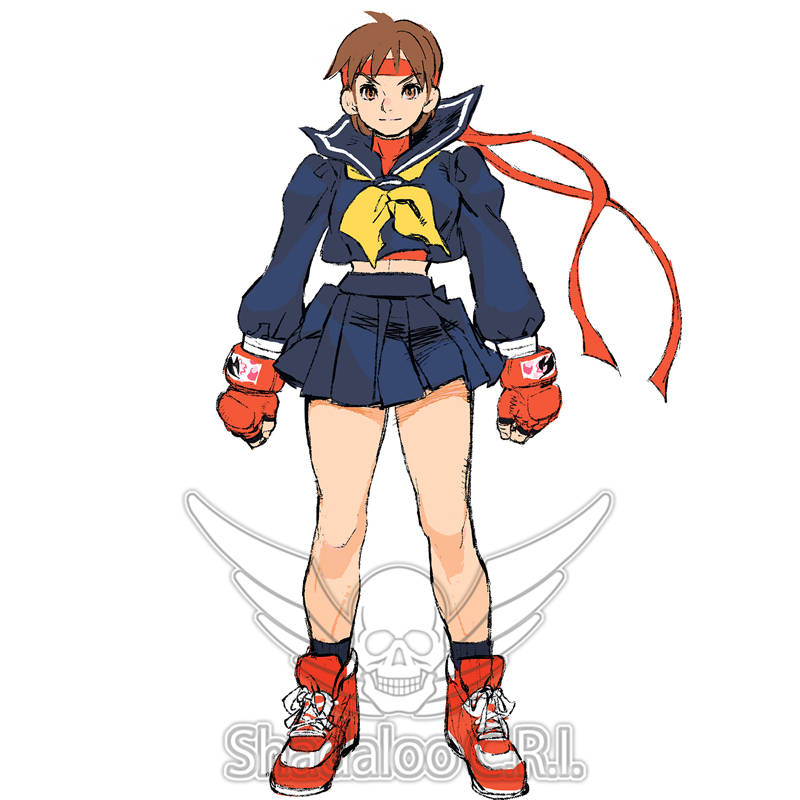 Here she's still a student. This is the winter variation of the outfit. 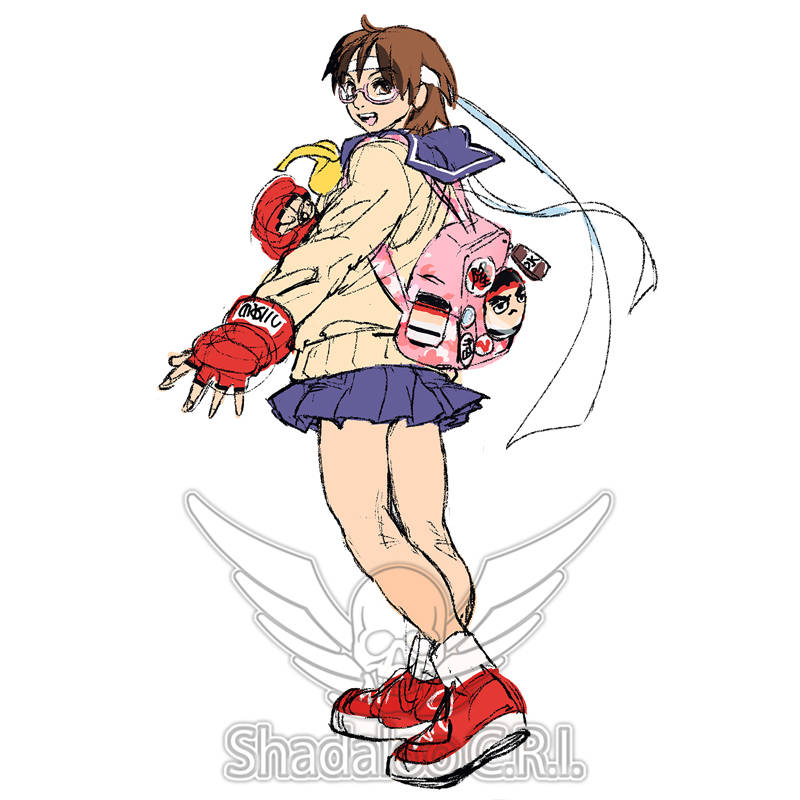 Desperate for any information on Ryu sightings, Sakura has been constantly checking up on social media sites, and as a result her vision has gone bad. Check out her original Ryu goods that she made herself. The mizu yokan keychain shows a certain sense of style. 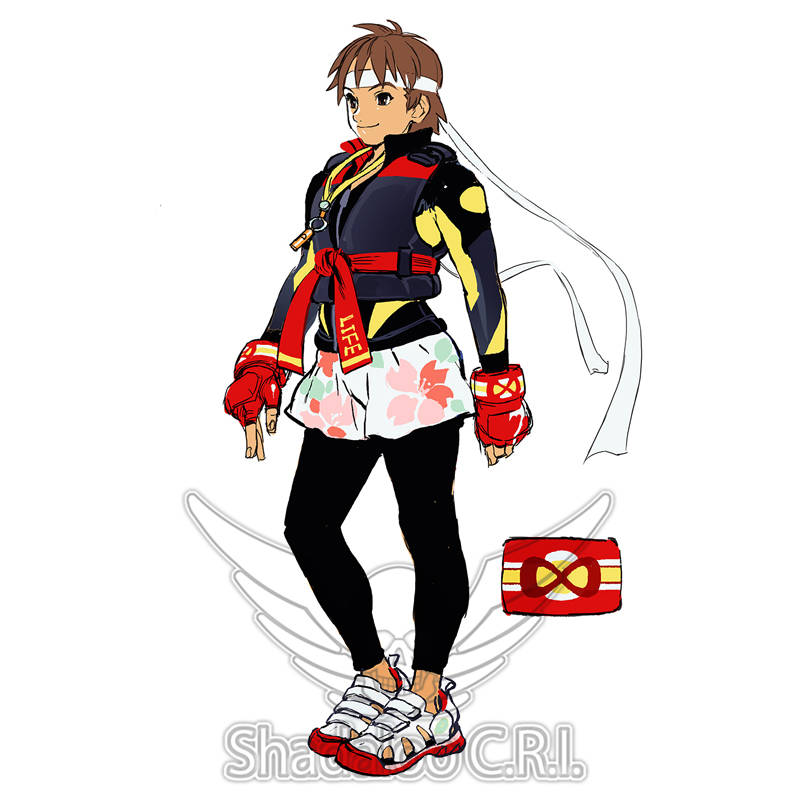 Anytime she finds a fallen, beat-up street fighter, she asks them if they know where Ryu is. Apparently, she's good at resuscitations. 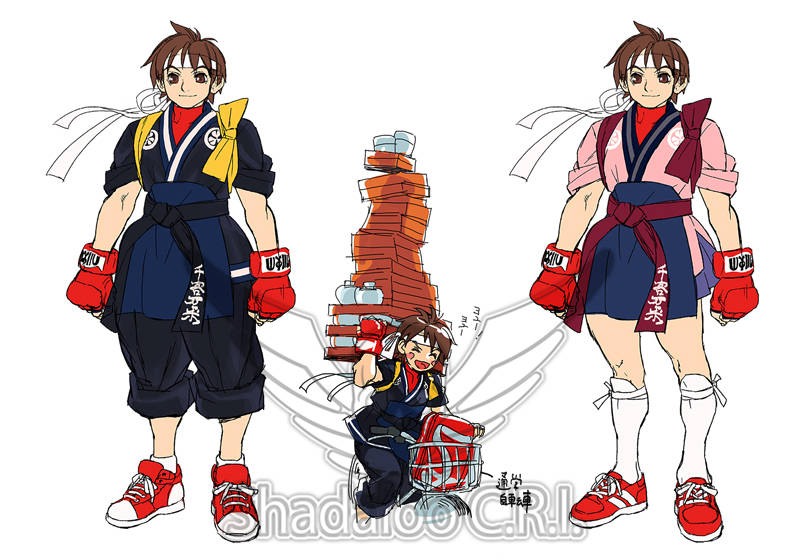 Sakura is working a part-time job at a Japanese bento (boxed lunch) shop. She looks for people to challenge in a fight while on her deliveries. The "Cherry Blossom Rice Balls" that Sakura makes are secretly famous...although they don't look very appealing. 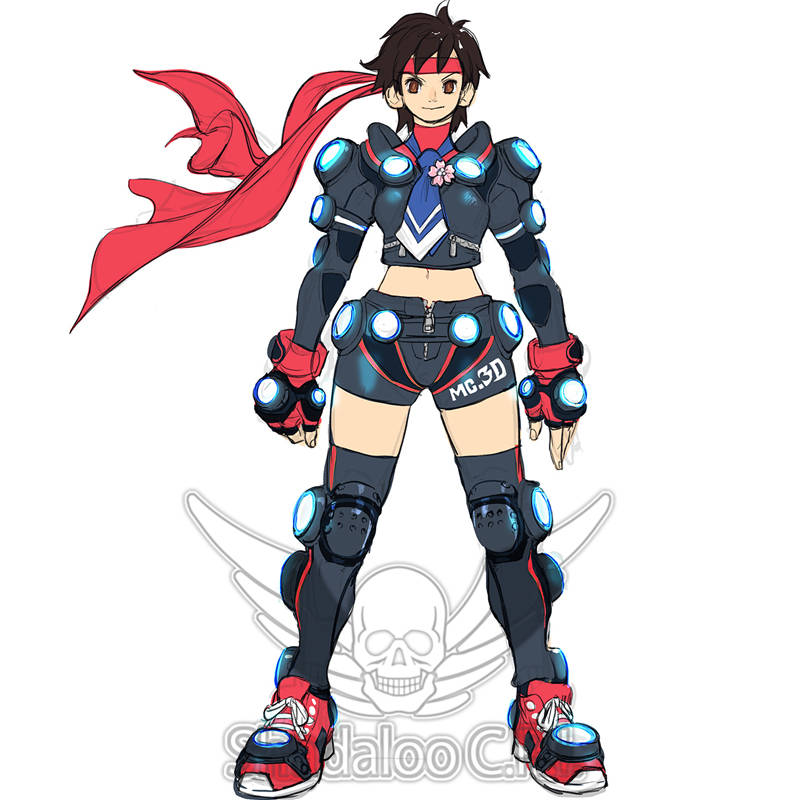 Sakura works as an assistant for a motion capture studio. She also helps out as an actor. The large, heroic headband is part of her equipment for playing in roles! 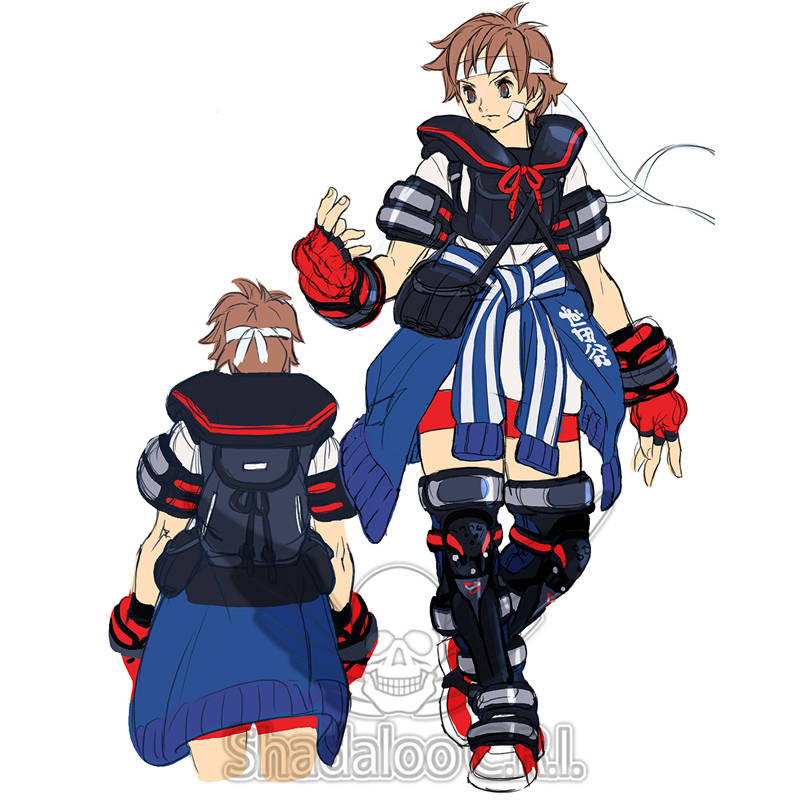 She started using weighted belts in order to give her punches more oomph. However, she kept upping the ante, and eventually ended up looking like this. 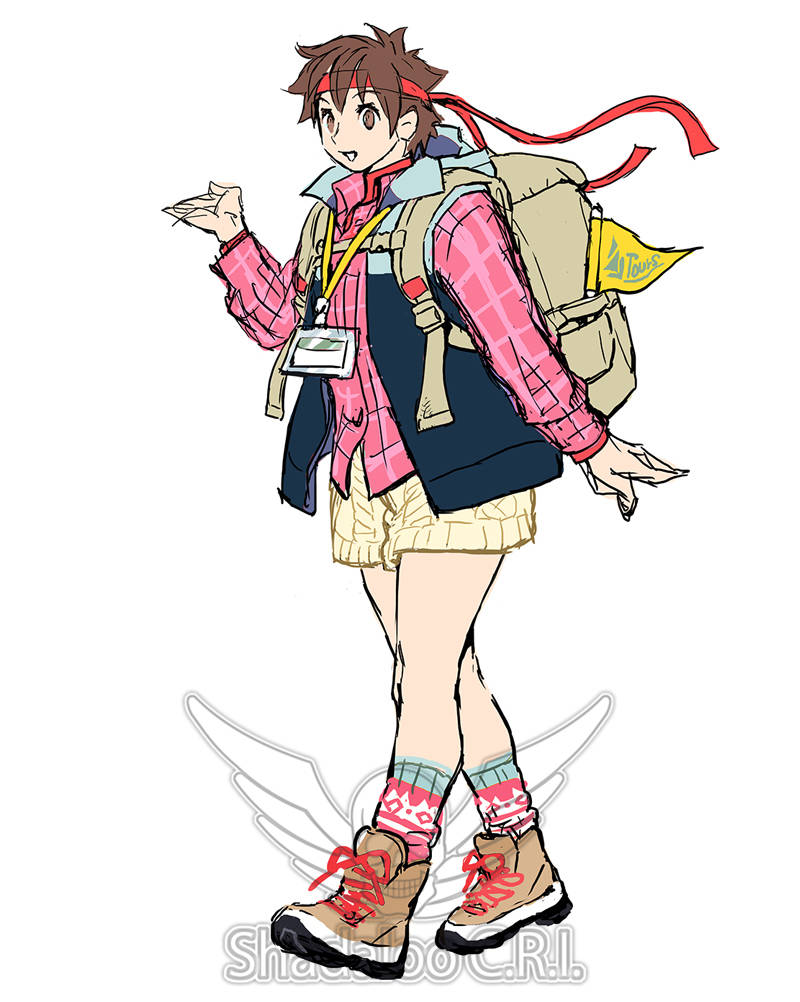 She went to a mountain in search of Ryu, and was scouted by one of the climbing masters. She wears the red headband in order to stand out to distressed climbers in need of assistance. 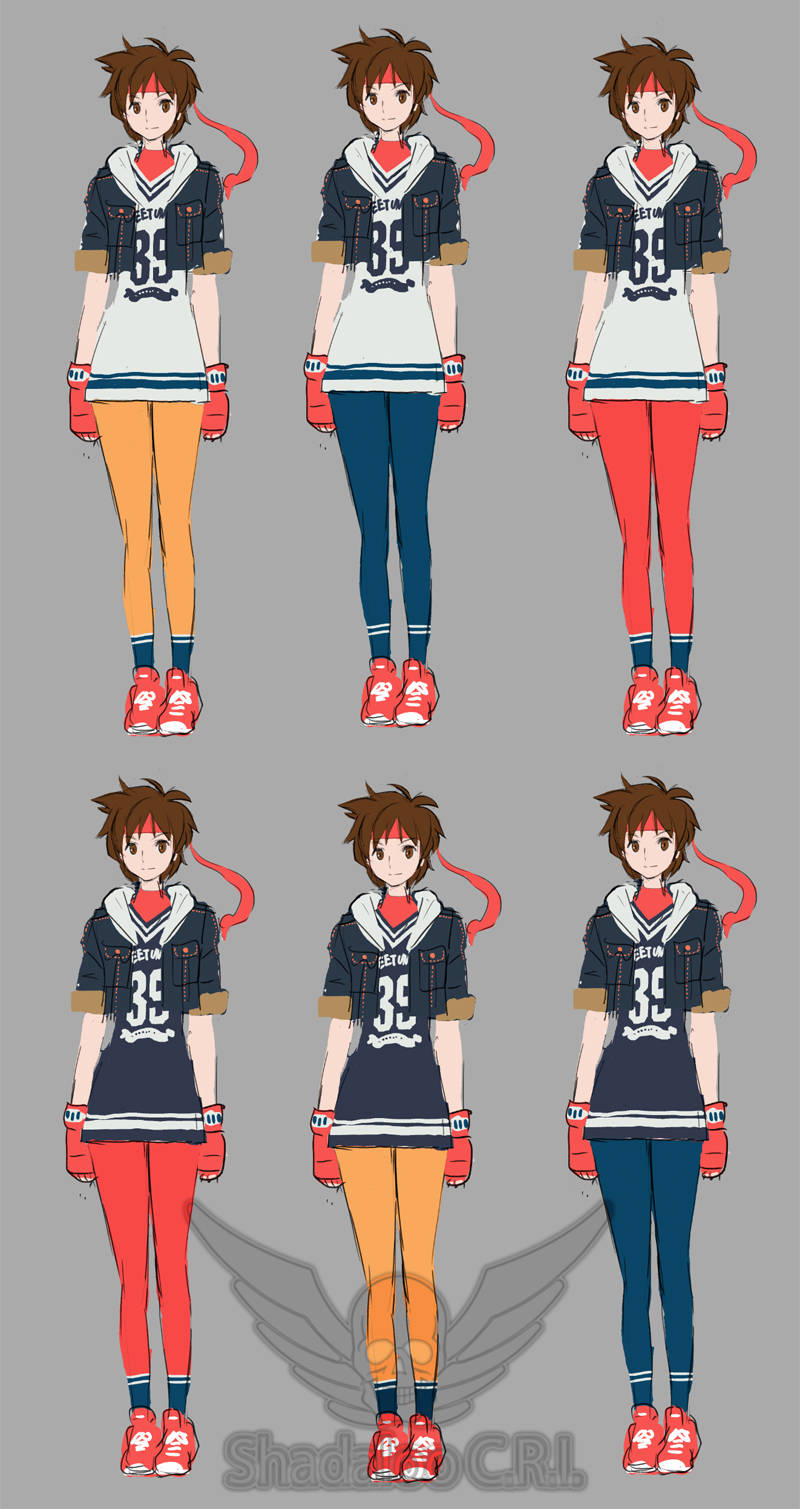 Clothes from her own personal closet for a more relaxed feel, but with the red headband to show her respect to Ryu. 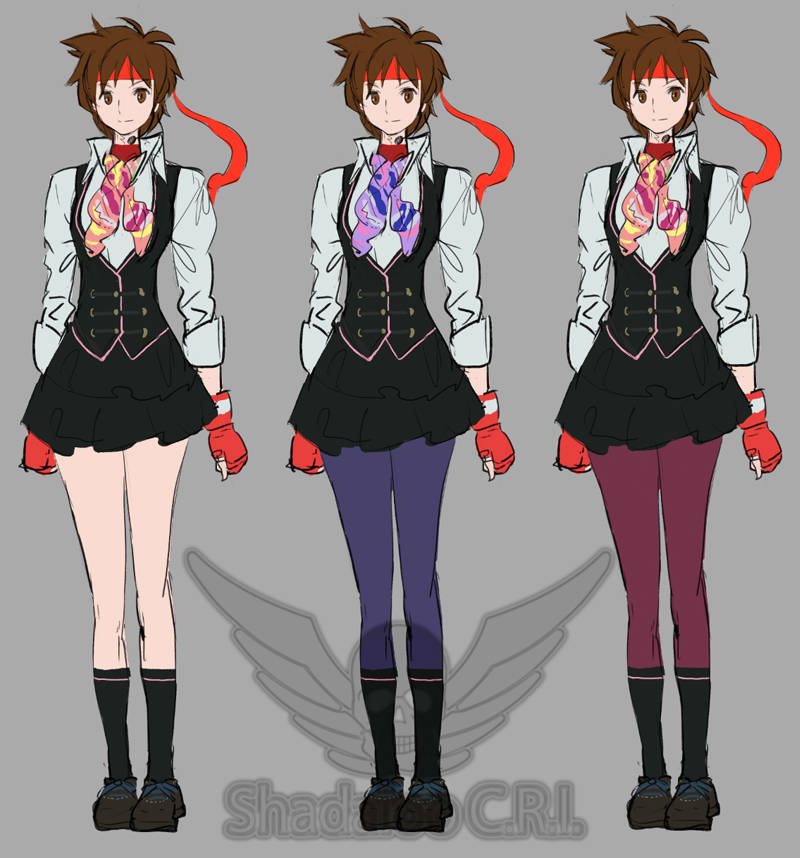 We had her wearing tights as a possible variation.


So, what do you think? The schoolgirl outfit may be the strongest image associated with Sakura, but we went through a number of outfits through trial and error. I like the other professionally-themed outfits aside from the final one as well.