As the weather has gotten cold lately, it's the perfect time to talk about our newest holiday-themed costumes. We came up with these designs with a Christmas aesthetic in mind.


Alex
Wow! The red outfit looks good on his chiseled frame and that version with the snowman earmuffs offers up a comically cute contrast. That championship belt...was he the winner of the Iwashigahama Christmas Special PPV? 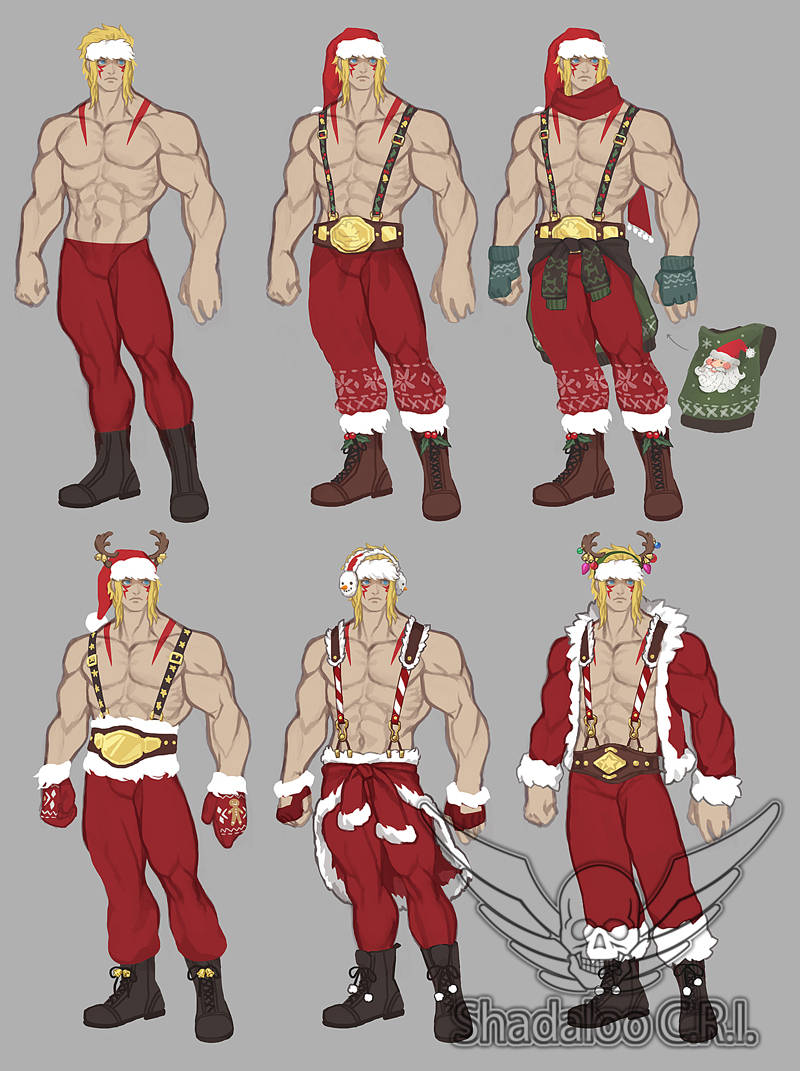 Cammy
As you can see, these designs are centered around a white cat. With the addition of a red hood, the costumes were very cute. We actually had some other costumes that were more focused on sexy ideas, but ultimately we decided to go for the cute look. 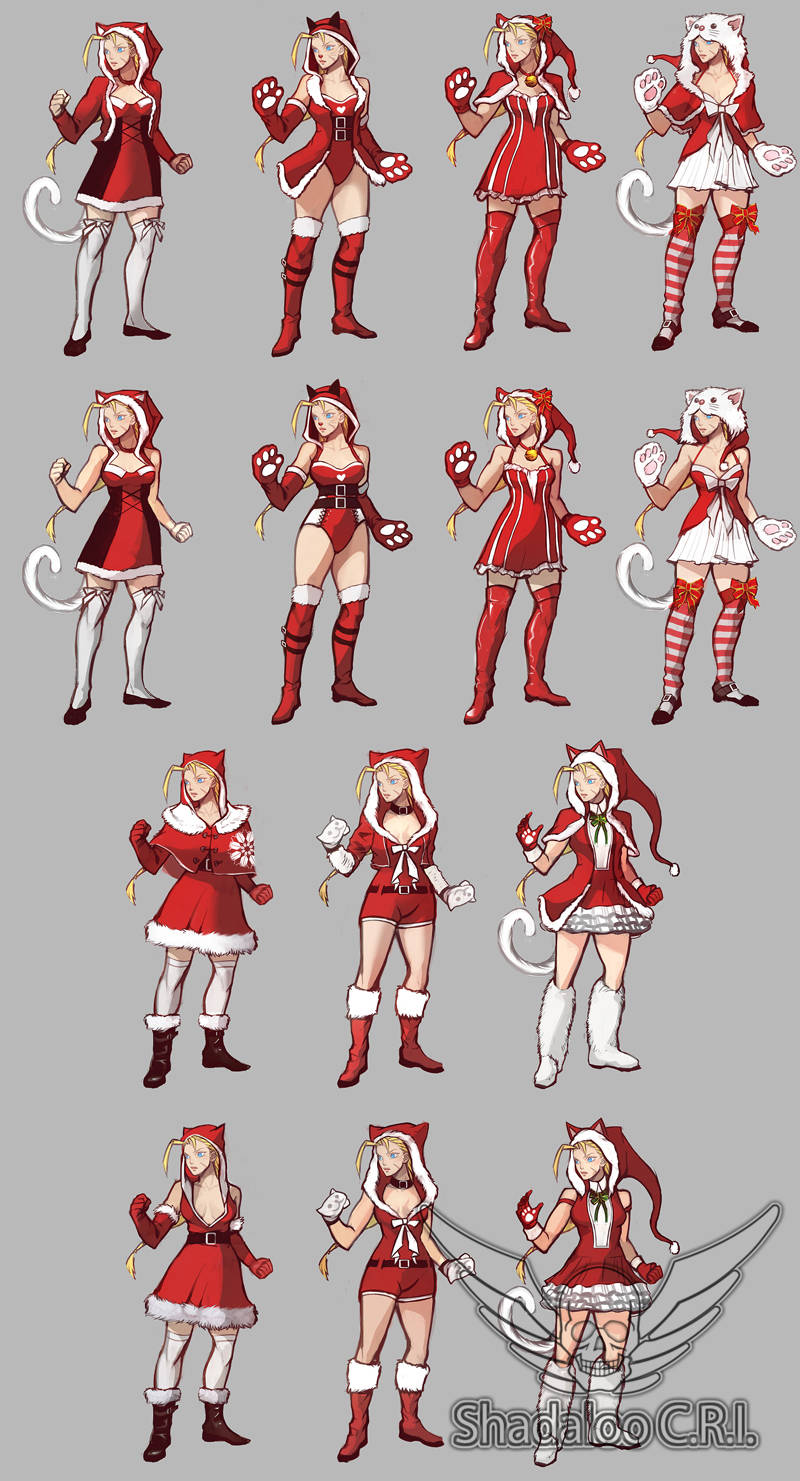 Menat
In contrast to Cammy's white cat, the idea for Menat was a black cat. In these sketches you can see a few color schemes that are different from the final version. It was a natural choice to go with a star for her crystal ball, which is one of the more iconic images of Christmas. 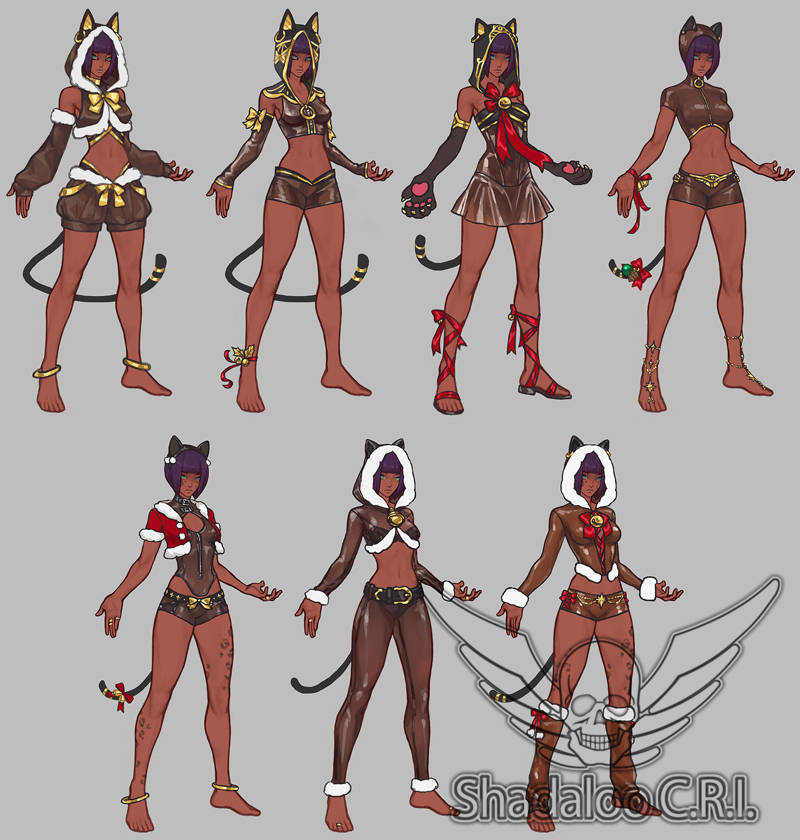 Kolin
We didn't want all the costumes to be red, so we went with blue to have her stand out (never mind the other color variations...). We used Snegurochka, or the Snow Maiden from Russian fairy tales, for inspiration. And also, a certain princess who's never bothered by the cold, anyway.

So, what do you think? These costumes also utilize the special costume command for a different look. Alex becomes shirtless again, so I hope he doesn't catch a cold in this weather.
...Shirtless with suspenders is kind of a Capcom tradition.


See you next time!
Takayuki Nakayama