It's Abigail, the company president known to go on an uncontrollable rampage when he's angry. He first appeared in Final Fight, but we tried our hand at updating his look.


Close to the Original Version 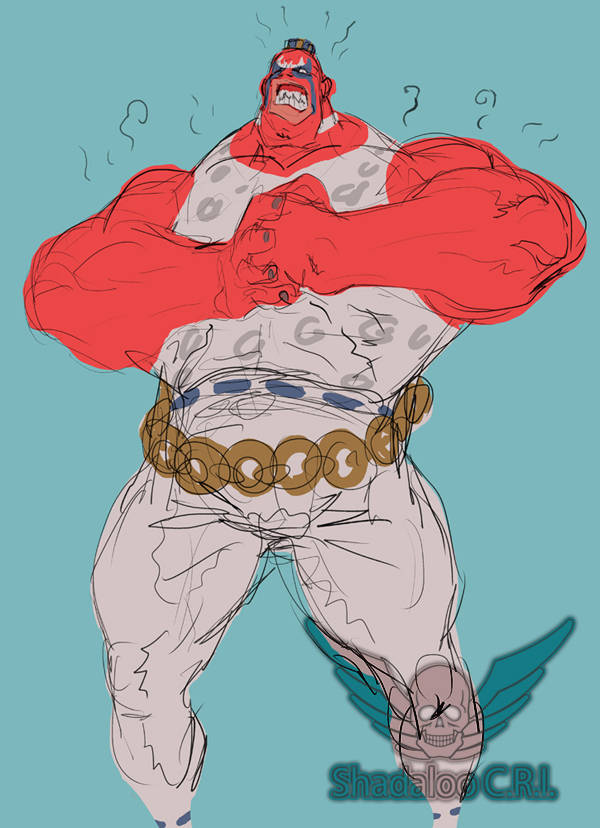 He's definitely angry. This is the first image of Abigail that was drawn when he was proposed as a new character. At this point we hadn't decided on the aspects of his backstory, including his love of cars, being a company president, and being Canadian. 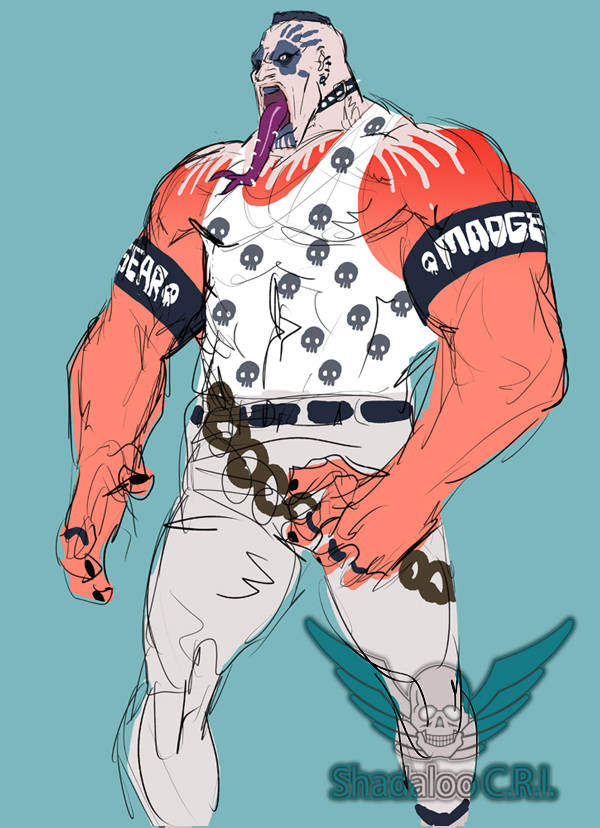 He's shy, so he hides his face behind a thick layer of face paint. ...At least, that was the idea behind this intriguing concept. We took inspiration from the Danish musician King Diamond. 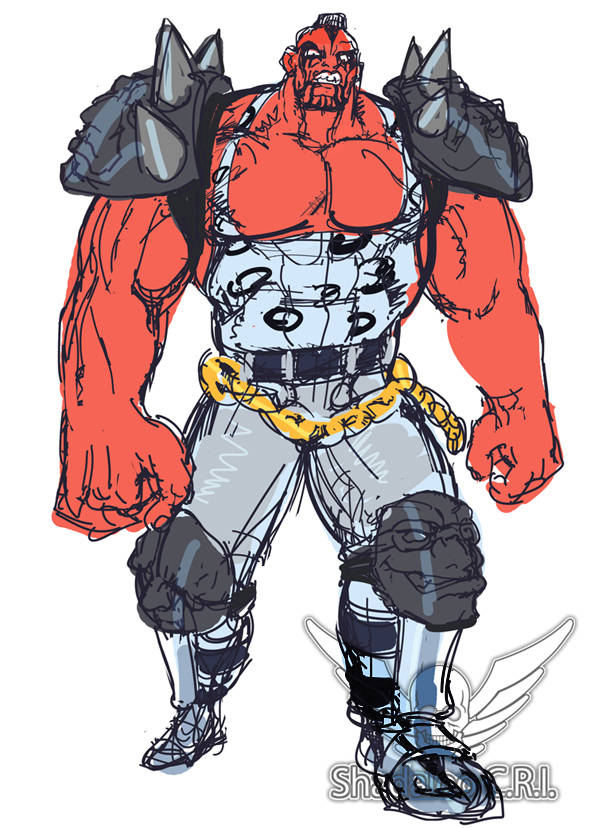 He's got death masks of the Mad Gear members on his shoulders and knees. He fights bearing the grudges of the gang's fallen leaders. This looks like a certain enemy who appeared in Ushio and To...er, something or the other. This is pretty intense. 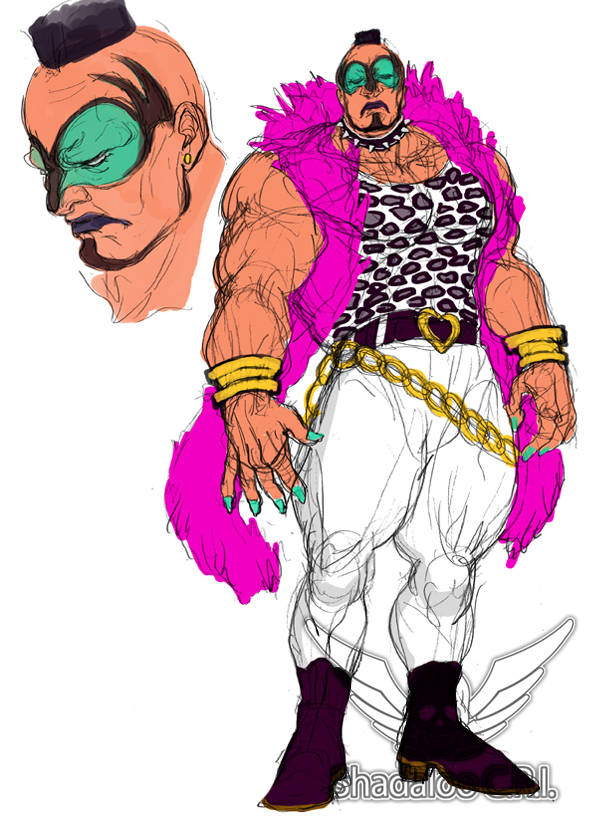 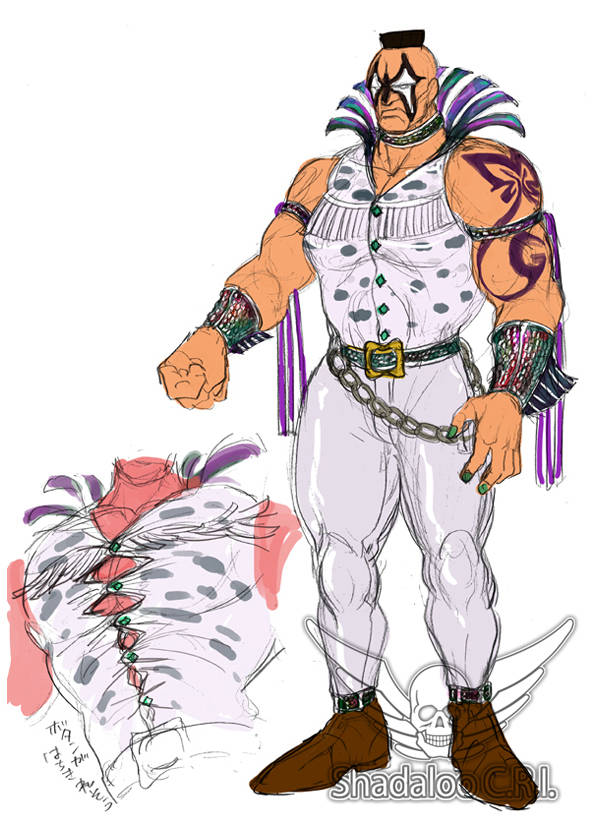 The pink fur is very stylish. The tattoo in the bottom image is the Mad Gear initials (MG) in the shape of a butterfly.


So, what do you think? Abigail is a character that we devs have a lot of affection for (well, some of us...). Honestly, I wanted to make him a little taller, but we couldn't do it for various reasons. In order to emphasize his size, we gave him the large car tires around his arms. He's also got tire tracks on his pants where he was run over by a car.
Fun fact: His blood type is AB. For Abigail. Get it?


See you next time! 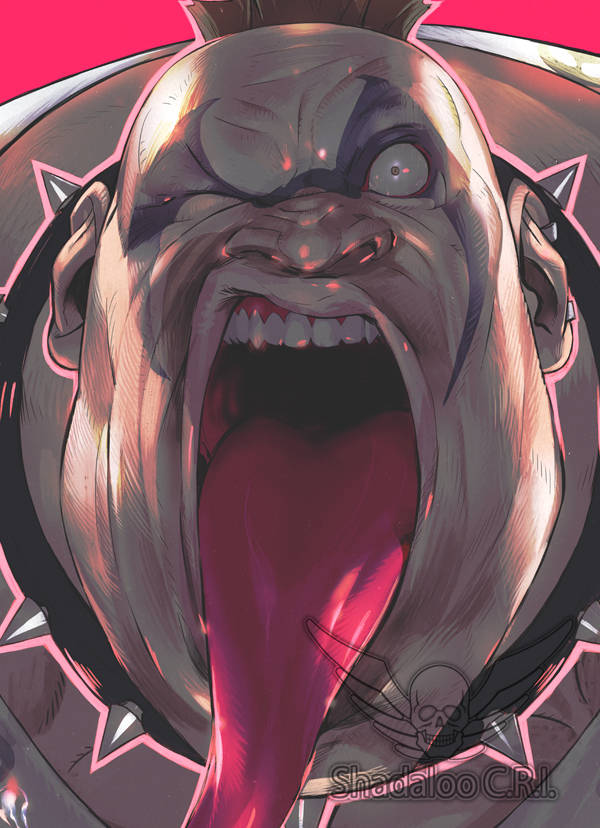