Hello everyone, this is Takayuki Nakayama checking in.

Today I'm bringing you an interview I conducted with one of my mentors, Tomoshi Sadamoto, who served as the producer/director for Street Fighter III.

Mr. Sadamoto is the creator of the parry system.

Mr. Sadamoto, can you tell us about the games you've made in the past?

Also, how involved have you been with fighting games?

For fighting games, I only worked on the Street Fighter III series. I also worked on Saturday Night Slam Masters. That game where you could slam people straight into the mat.

Yeah, we copied that slam through the floor idea in Street Fighter V. lol

What was the first title you worked on?

My first game was Section Z※1. I did the pixel art, just for the bosses. Then I did the designs for Trojan※2.

※1 Section Z is a side-scrolling shooter released in 1985. An NES port was also made. 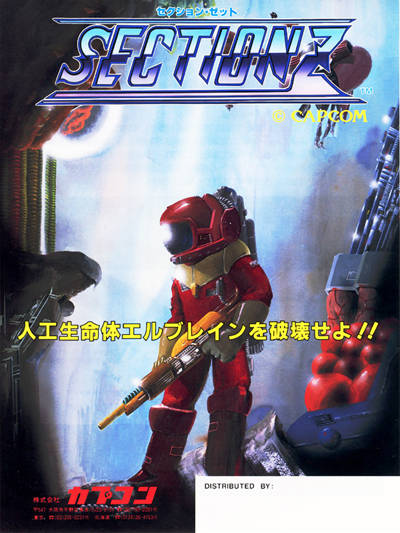 ※2 Trojan is a side-scrolling action game released in 1985. Fight using your sword and shield! 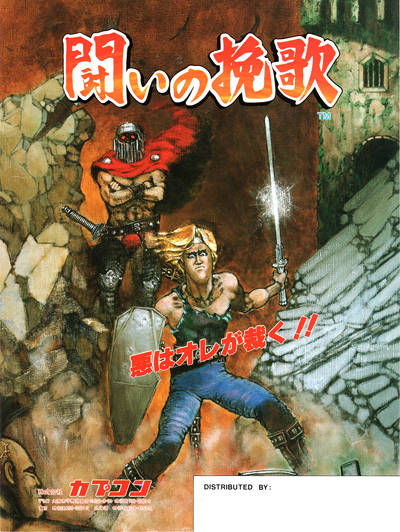 Right, at the time you were a designer.

What was the first game you worked on as a planner?

That would be Led Storm※3 more commonly known in America as Mad Gear.
It didn't really sell in Japan (lol), but Mr. Nishitani*4 changed it into Mad Gear※5 for the west.

And that's how we ended up with the name of the enemy gang in Final Fight.

I wonder if Mad Gear was Mr. Nishitani's first game...

The original Street Fighter was in development together with Mad Gear. I wasn't a part of it, but I did get to see where it was being developed.

Then after that, he made Avenger※6.

I guess you could call it a tetralogy. lol

As for me, I made Dragons※7.

※3: LED Storm (or Mad Gear) was released in 1988, a racing game that took place in the near future. Which, at the time, was 2011. Hop in your beloved car Storm 11, and use attack jumps and wheelies to defeat your rivals! 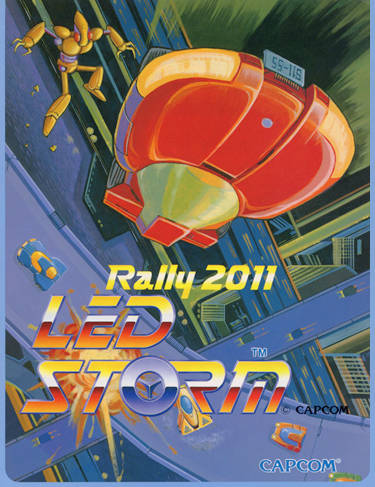 
※5: Mad Gear is a racing game released in 1989. It's an upgrade of LED Storm mentioned above. The main character is "Mad Gear." Pick one from three unique machines, and race to the goal while avoiding obstacles! 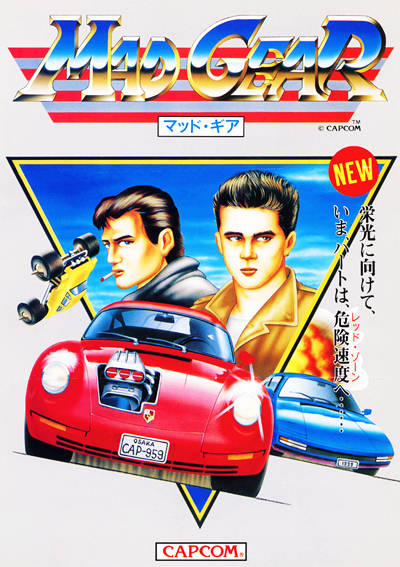 ※6: Avenger is an overview-view action game. Two players could play simultaneously. The heroes Ryu and Ko fight to defeat the evil Geshita and bring peace back to Paradise City! 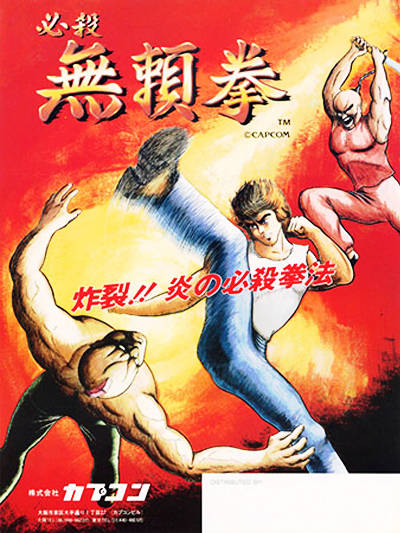 ※7: The King of Dragons is a side-scrolling action game, released in 1991. Two players could play simultaneously. Choose either a fighter, wizard, cleric, elf, or dwarf, and take on the dangerous red dragon! 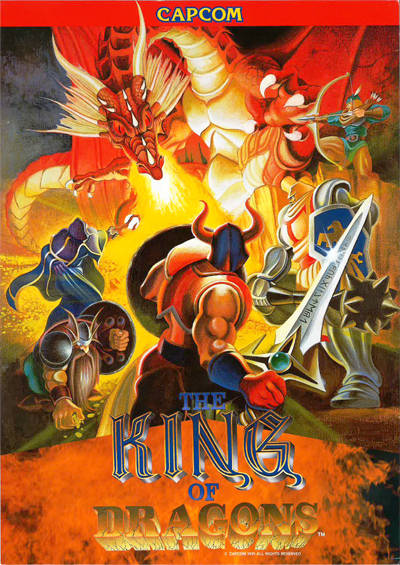 Hey, The King of Dragons.
So you were working on that, and Saturday Night Slam Masters.

Yes. The young kids were working on it, so I served a support role for the designers. I didn't do any pixel art. Negotiating capacity, serving as an advisor, etc.

I see. At that time, guys like Mr. Fujioka※8 were still new.

※8: Kaname Fujioka. He's a bigshot in the Monster Hunter series. He's the one who made Rip Saber.

Right. Then after that it was Dungeons & Dragons: Tower of Doom. Mr. Kataoka*9 worked on Shadow over Mystara.

Then after that, I went to work on Street Fighter III.

Aren't we getting into Street Fighter III a bit too early?

Yeah. We first started talking about it in 1994. But we couldn't get people to work on it. I think everyone was working on Darkstalkers※11 at the time. I think we got started with just 2 programmers, about 2 planners, and a certain designer※12. We used that time to start narrowing down what we wanted to do. We got started for real in 1995.

※11: Darkstalkers is a fighting game released in 1994. Take control of creatures of the night such as vampires and werewolves as they battle it out. The game featured new graphics, chain combos, guard cancels - original systems that influenced the games that followed. 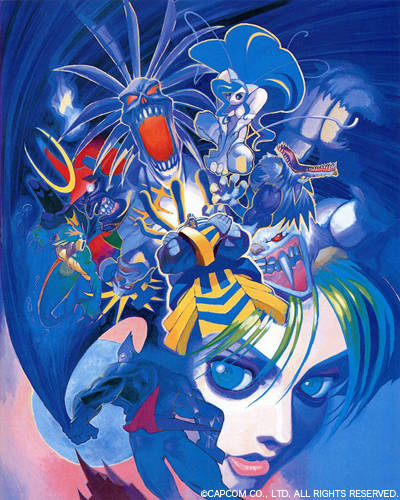 ※12: The designer who created Dhalsim.

How much did you decide upon during that period?

We wanted to do parries※13 and the Super Arts Select system※14. Those were our major two pillars.

We thought of parries as a fundamental part of the game system, we didn't think of it as the game's selling point.

※13: Press the joystick forward for stand block, and down for crouch block physical attacks and projectiles the moment before the attack hits, and you can completely nullify your opponent's attack! The parry can also be performed in mid-air, by pressing forward.

※14: A system where you could choose from 3 selectable Super Arts before the match began. 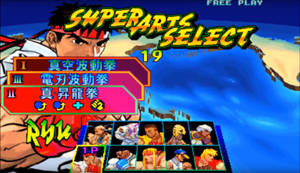 Jumping, crouching, walking, and blocking are all just basic parts of the system, rather than the system itself.

Right. But the impact was really strong, so it stood out.

The Birth of Parries

So how did the idea of parries come about?

It's a basic aspect of fighting, isn't it? We felt it was something within authentic martial arts moves that we wanted to recreate.

You see it often in kung-fu, or Jackie Chan fights, someone receiving the attack, right? We thought we wanted to have something where they received or reflected the attack. That really focused the gameplay. But we didn't want to make it into a system, so we just called it "blocking" (in Japan, parrying is called blocking).

And then, we wanted to do something about wakeup and corner pressure, that people were saying was difficult to deal with. That was one of the issues in our plan. But at first, both seemed like a tall order. lol

So part of our thoughts for parries was that we wanted to do something about people just getting relentlessly pressured offensively.

For example, even a random parry could help to turn the tide, something that the players could experience. For that reason we decided to make it so that performing a parry didn't cost any sort of meter.

I thought that pushing the joystick forward was a pretty bold move in itself.

Funny you should mention that... lol

At first, the command for parry was to push the joystick backwards. lol

But the young guys around and the fighting gamers internally were extremely against that idea. "That's way too easy!" they said. Do it quickly and you get the parry, drag it out and you get a block. There was no risk involved.

I thought, for beginners to enjoy the game as well, even if their response time wasn't good then they could still be able to do parries, but there was fierce opposition to that.

I said, "then what should we do?" and they responded with "we'll try it if the input is forward. Let us make it by forward input." So I said - "Okay, but if it turns out to be difficult, then make it backwards." and with that promise, they made it for forward input.

I thought that it'd ultimately end up being backwards input. lol

But then when it was finished, the staff said, "this is good!" and no one listened to me. lol

I said "C'mon, just try the backwards input, even just once!" ...But no one responded to that.

Ultimately, I never got to see the backwards input parry. lol I thought I'd hold onto the idea, and at some point before the game's release we could work on it during the adjustment period, but it never came to be.

My idea for helping out newcomers ended up becoming something completely different. lol

Sounds like it was quite the process. But the end result was good! 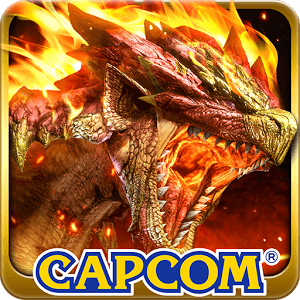