We've finally released Menat, who fights using Soul Power and her crystal ball (by the way, did you know that it's called "Left Eye of the Lion"?). She's the student of a certain famous fortune teller. We had a number of different design proposals for her, so let's take a look. 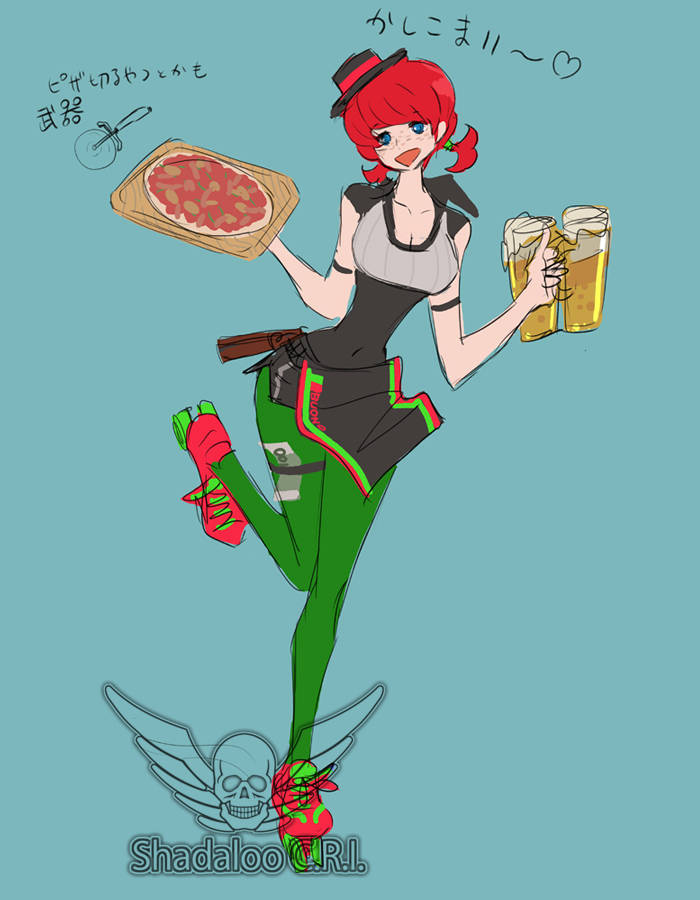 A cheerful girl who speaks softly, but in reality she's an assassin. She would have been a character like B.B. Hood, who gets her opponents to let their guard down, and then goes in for the kill. She was expelled by her master, and works to support her family, which is 33 members large. 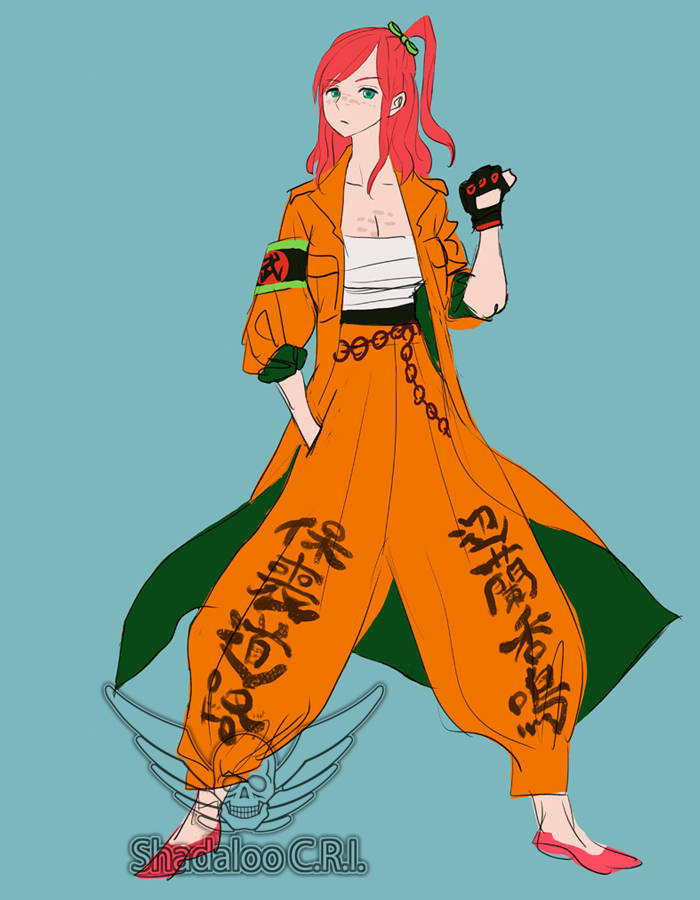 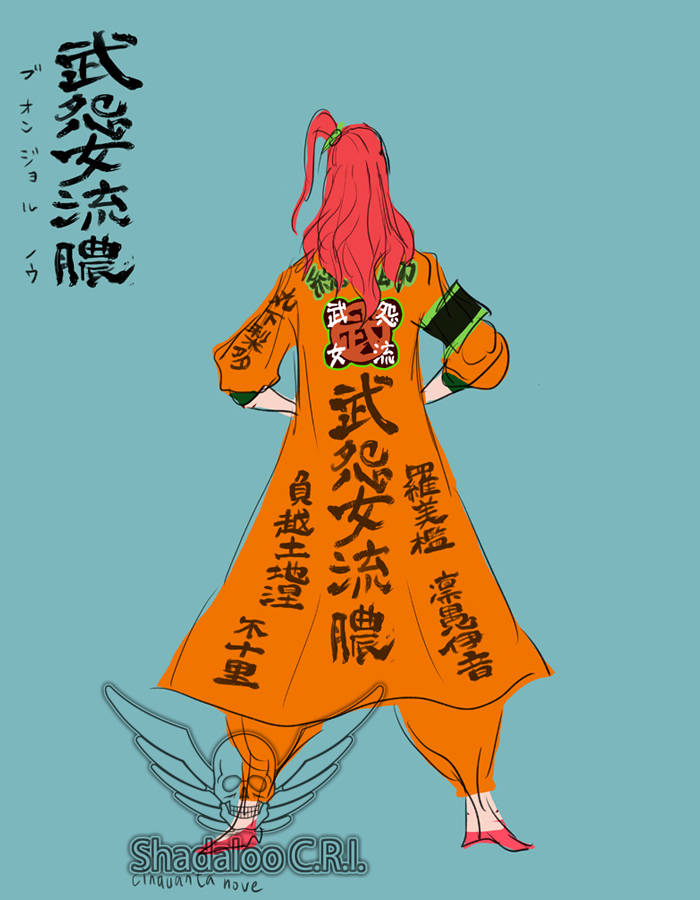 I really liked this design. She read delinquent manga when she was a kid and became obsessed with them. She loves Japanese manga and anime, so much so that her first crush was a certain spiky-haired Super Saiya--something or the other. She also loves cosplaying, but keeps that a secret from her friends (they'd make her commit hara-kiri if they found out!). She's the type who can do anything if she puts her mind to it, and eventually she discovers she has Soul Power. Her name would have been "Rita". 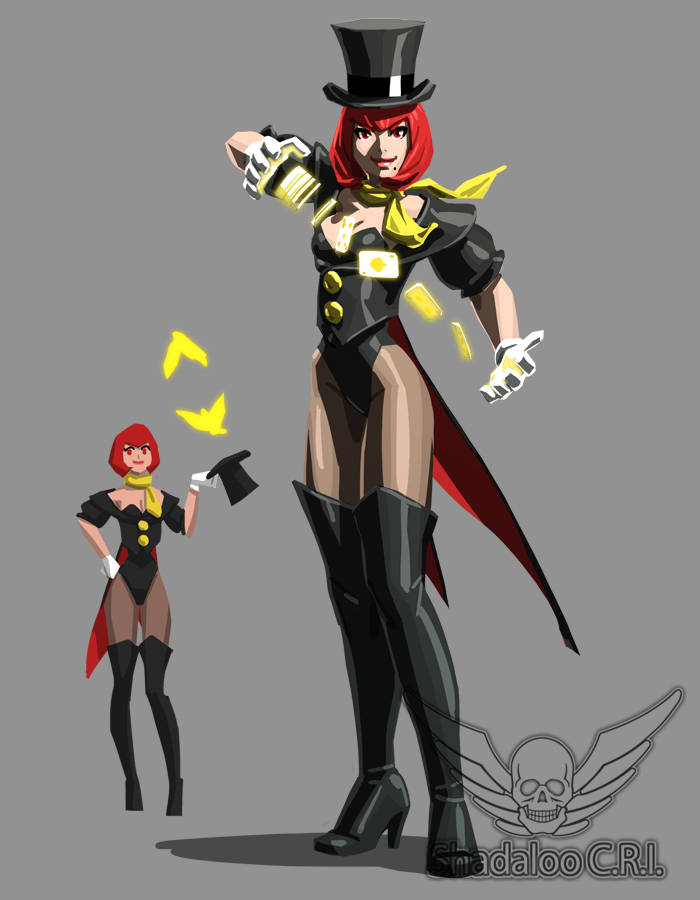 A magic practitioner who is studying fortune telling. She can pull small animals out of her hat, and attacks using birds made from Soul Power. We wanted her to load up and attack with Soul Power. 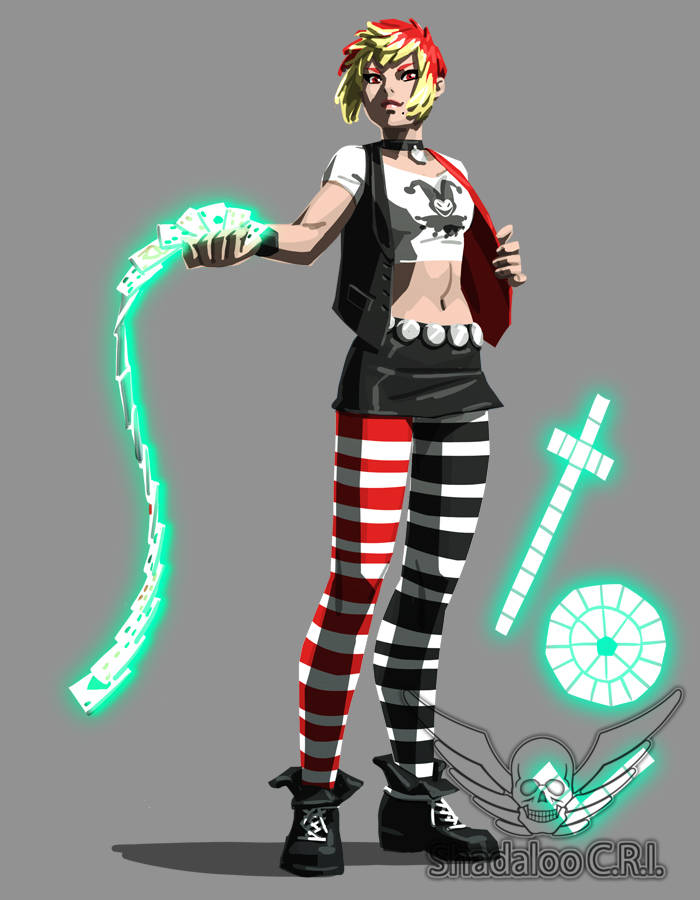 Another magician, but with a slightly different style. She can charge up playing cards with Soul Power, throw them, and use them to create a sword and shield. She betrays her master and tries to kill her. 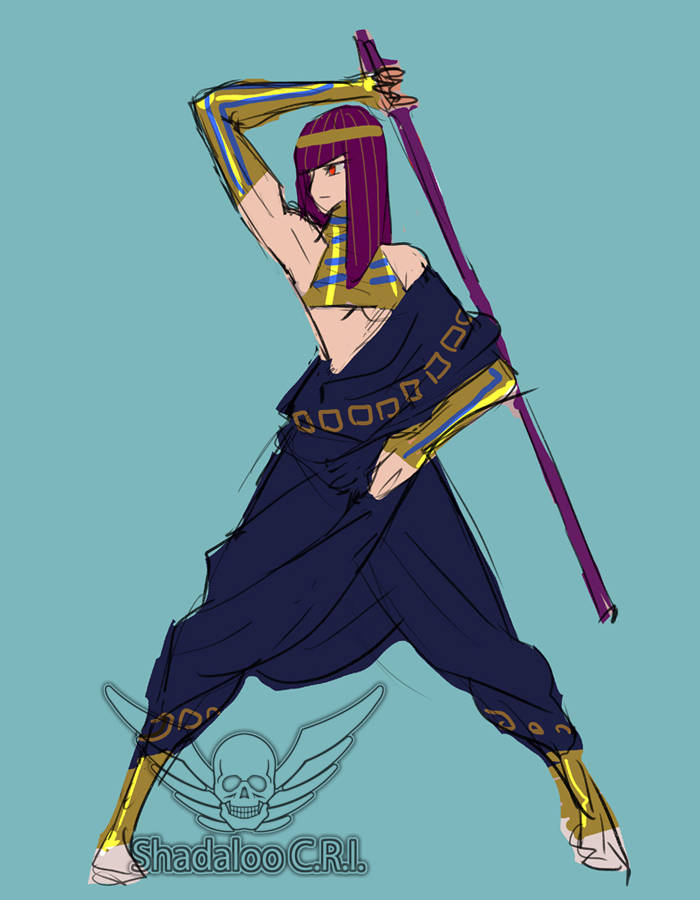 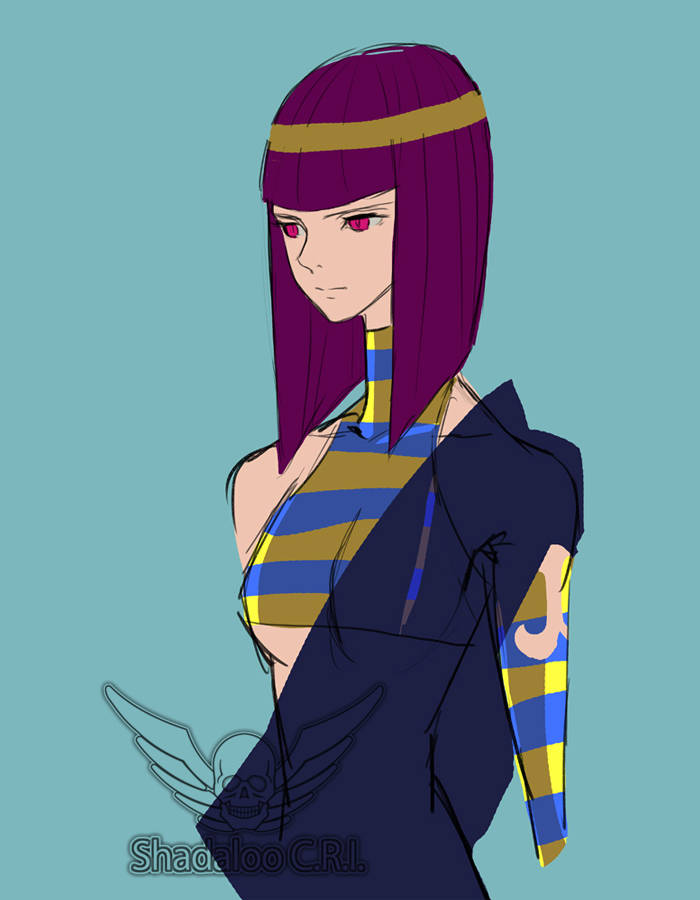 She uses the Egyptian stick fighting art called Tahtib. It was around here where we decided to make her Egyptian. She's very cool and mature. Her hair and decorations are close to the current Menat. 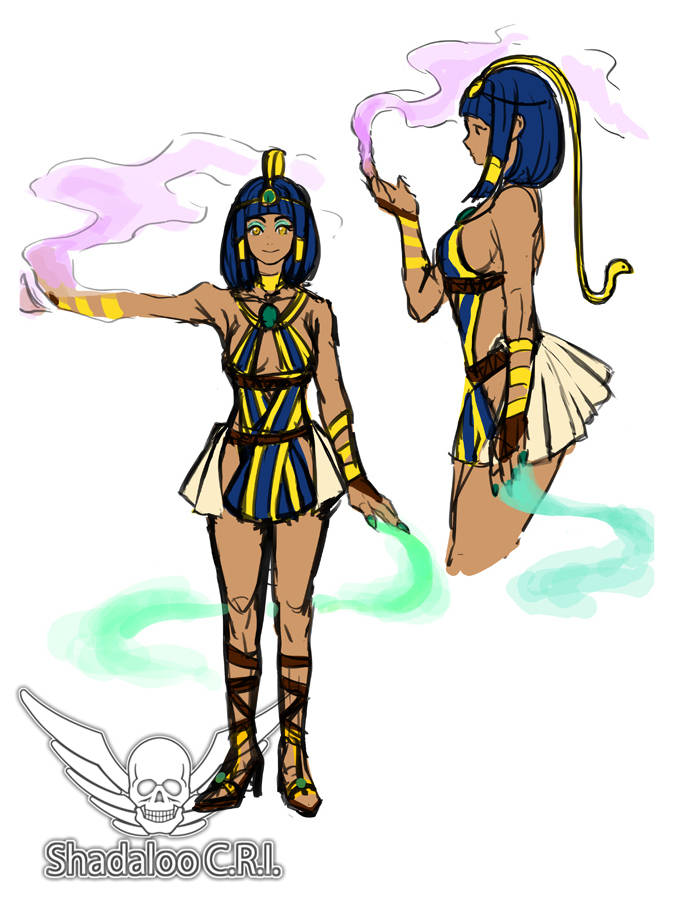 She has a side job selling incense as a part-time job (?) at her master's shop. She uses Soul Power to envelop her body in the incense's smoke, and fights while replenishing the power. Using Soul Power she could also turn herself into smoke. 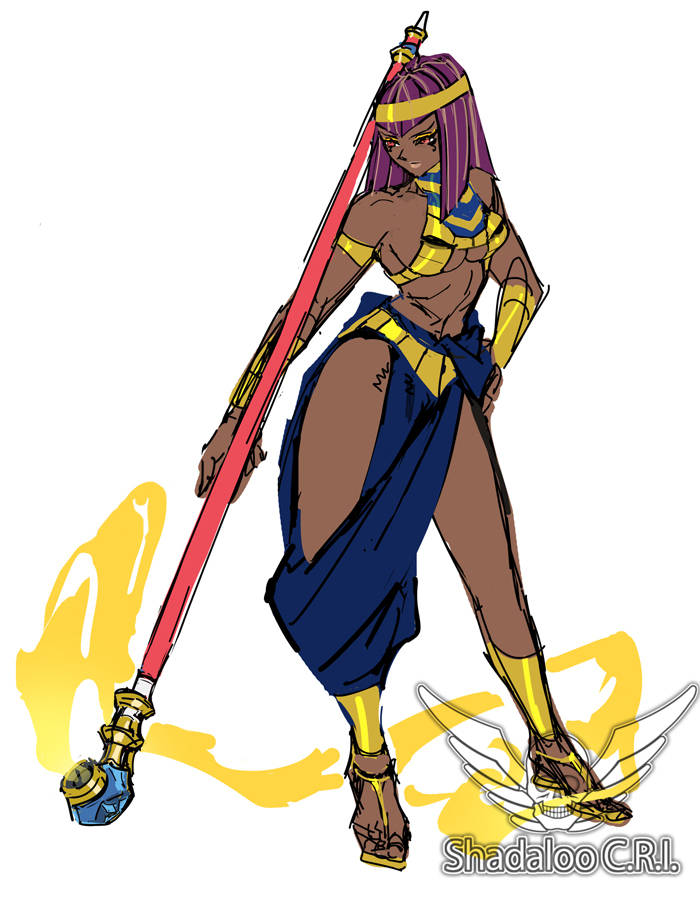 She's well-versed in many health methods. One is mastery of Tahtib. She also uses incense and a water pipe to strengthen herself and fight. A fortune teller told her that she doesn't have long to live, so she fights against her fate. 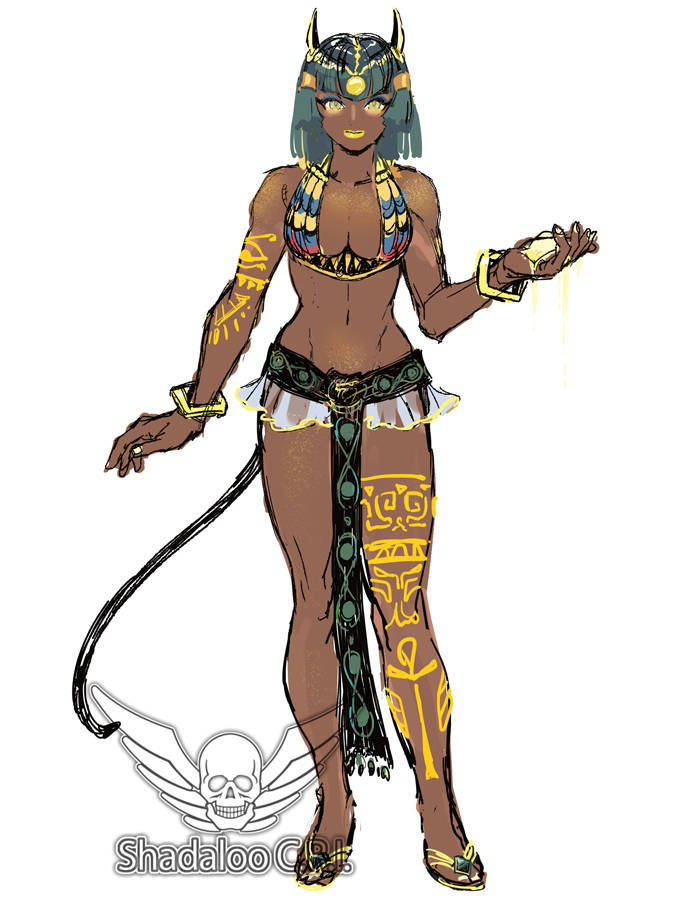 She uses the Egyptian god Bastet as a motif. She fights with a slide-like motion and dance moves. Her body is covered in gold dust. She can harden it and attack using letters and animals made from the dust. We also had the idea of her trapping her opponent with it and then making them explode. 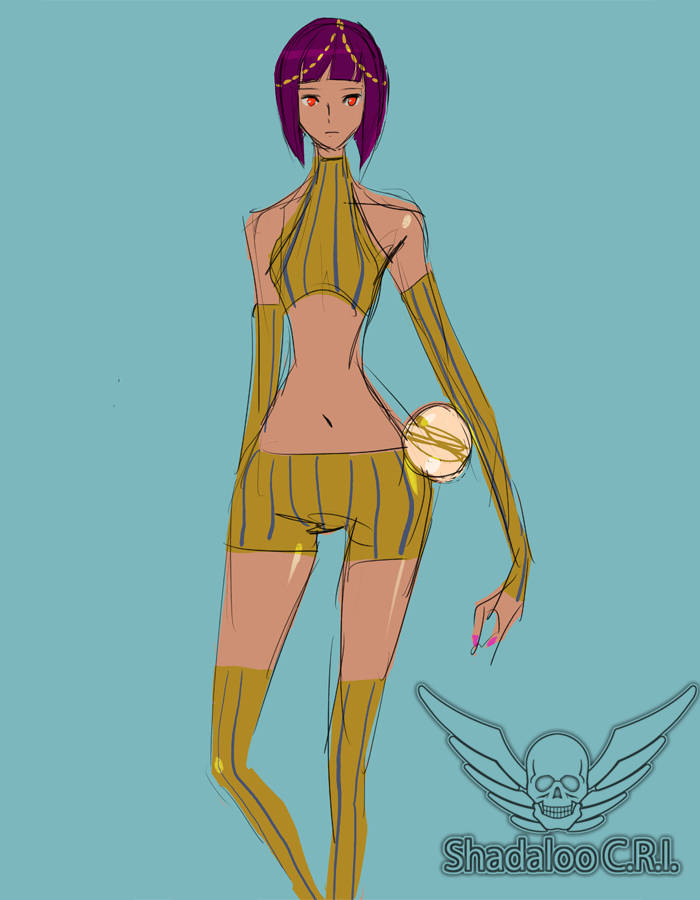 This is where we decided she would be from Egypt, and use a crystal ball. This is a very simple look. Since the other Street Fighters are pretty muscle-bound, we thought to make a character who'd trifle with the opponent using a crystal ball and Soul Power. 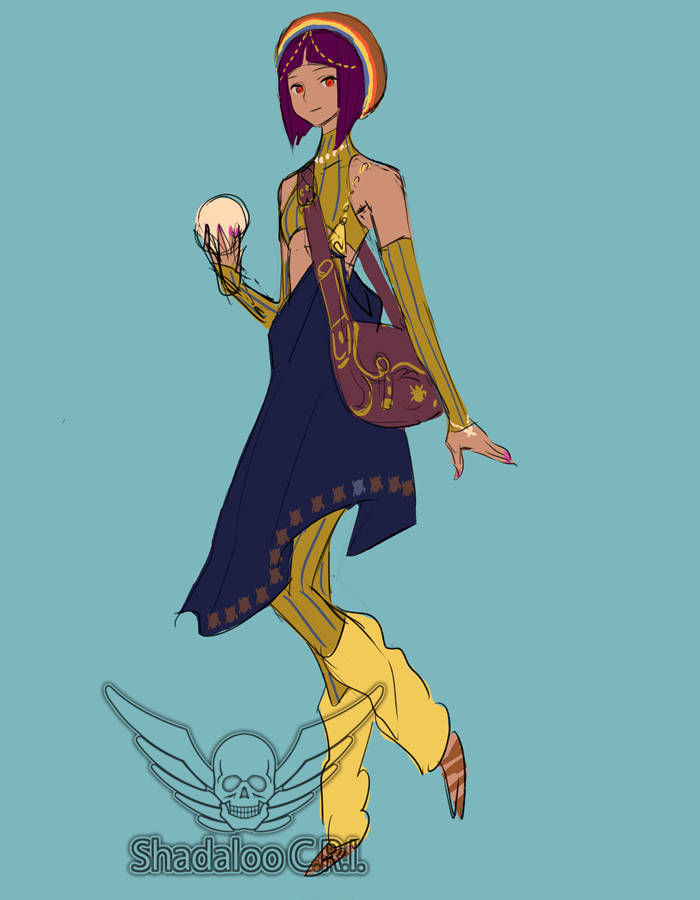 She travels the world while telling fortunes. She's searching the world for her missing Master. She keeps gold dust and incense in her "fortune teller's bag." 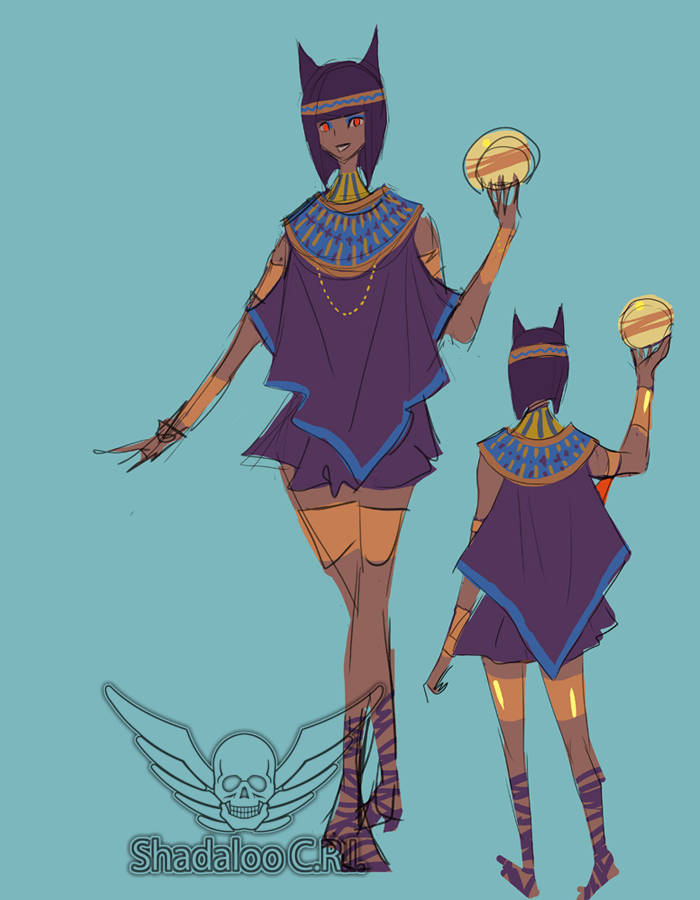 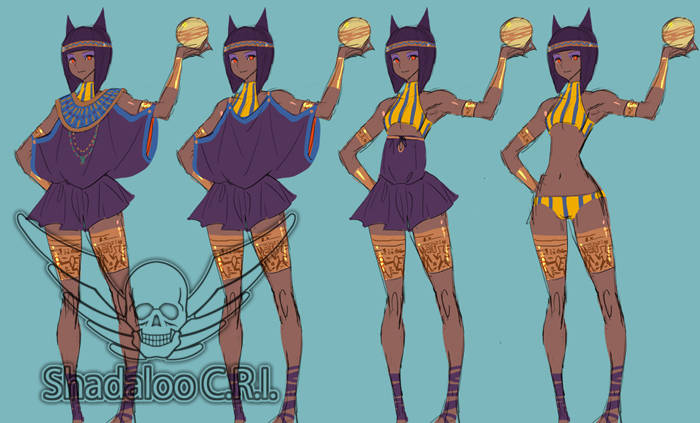 You may remember the cat ears that were in the mystery silhouettes for the Season 2 characters? They were left over from this design.


So, what do you think? As this is a completely new character, we had plenty of designs for her, including ones not shown here.