Hello everyone.
You may have been able to guess that Kolin was the first hidden new character of Season 2, but can you guess some of our early designs for her? Today I'm here to eliminate that guesswork and show you some of our rough sketches during her development.

Oh, if you haven't played the General Story yet, you may want to skip this entry as there are plenty of spoilers. (...Too late?) 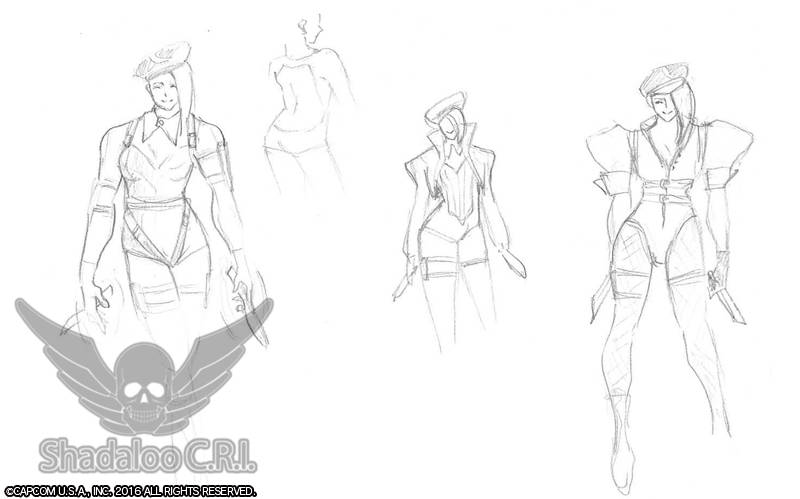 From the beginning we wanted her to be someone who tricked their opponent, who had a two-faced personality. Seeing her smile while doing terrible things is pretty unsettling...


Sexy Under her Coat Version 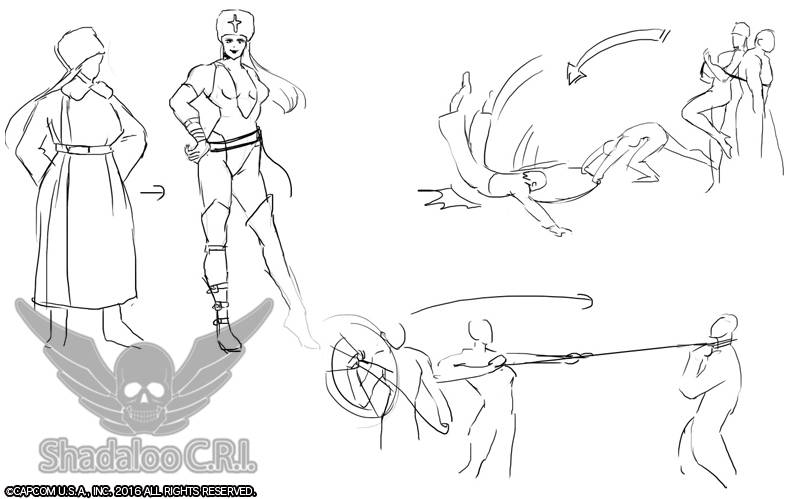 As a character lacking in power (not really though!), the idea was for her to fight with rope and knives. 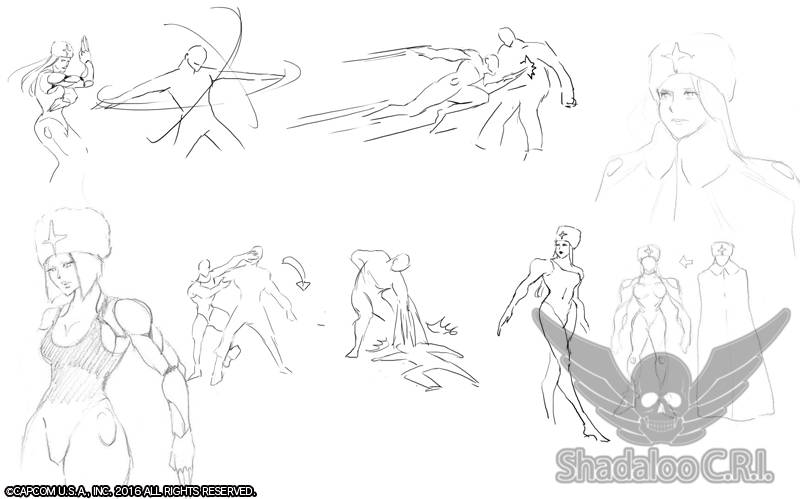 The idea here was that she'd be an expressionless, merciless cyborg. If we went with this, she would have been expressionless in the General Story as well. It's scary to see her repeatedly punch her downed opponent in the face. 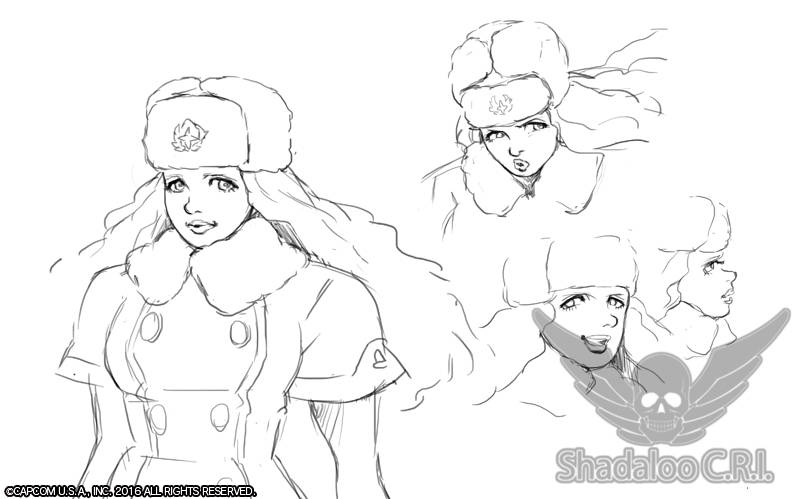 Kolin's got her smile back. The mark on her hat is a bit different though. It took quite a few attempts before we arrived at this design. 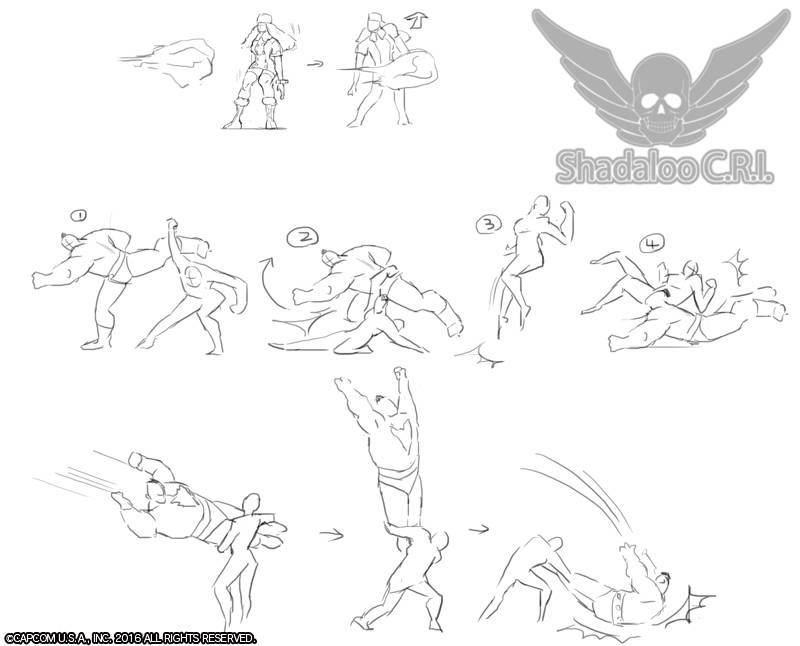 A proposal for her fighting style. Using his own power against him, she throws Zangief and slams him down on the ground! 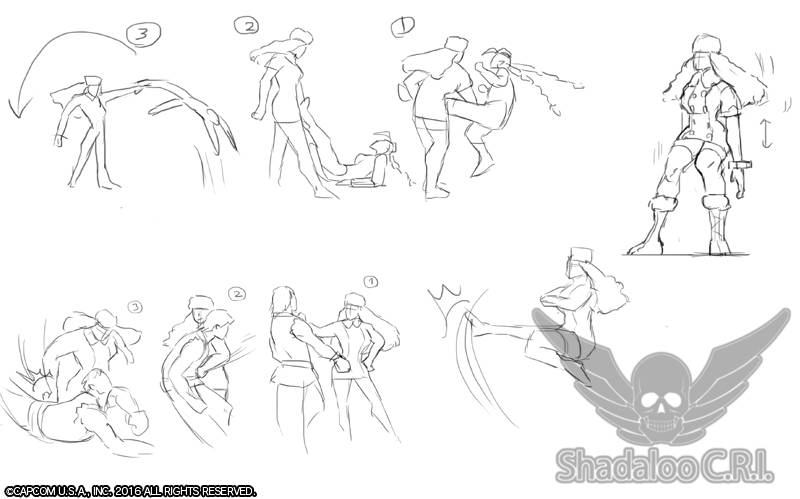 She just mercilessly dishes out the pain. That fun-looking kick in the lower right corner is called a Cossack Kick. It's the same as one of Zangief's crouching kicks! 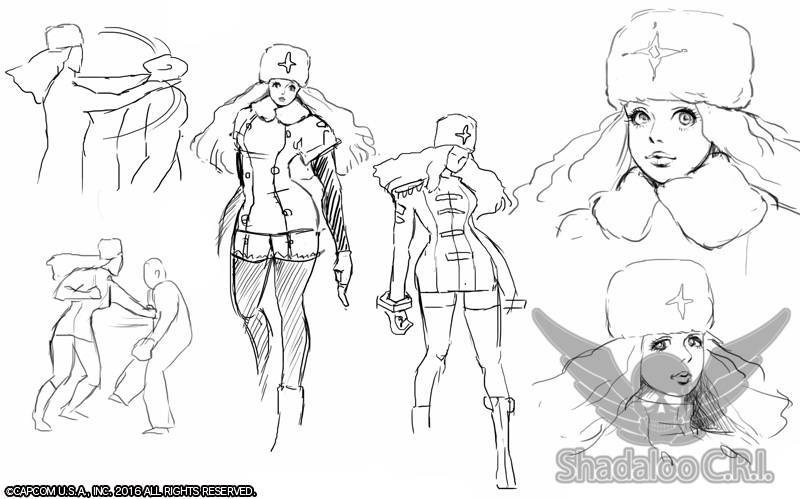 She uses Systema as her fighting style. We also considered a style called Hopak. Giving her counters and ice powers came later.


So, what do you think? You know, Kolin was actually supposed to be one of the Season 1 launch characters. However other characters ended up taking precedence and she didn't make the cut.

She's a very technical character, fighting using Systema to deflect her opponent's attacks into counter-attacks. We also tried to show her cunning and two-facedness in the story. With her smiling yet lethal persona, and her hand-cutting-like attacks, she certainly has her own unique charm. Then from there, she was given the power to control ice from Gill.