Today I'd like to show off some images of Alex, one of the Street Fighter V characters. These are images that were used in the attract screen, etc.


Here's a rough sketch of his character select portrait for Street Fighter III. 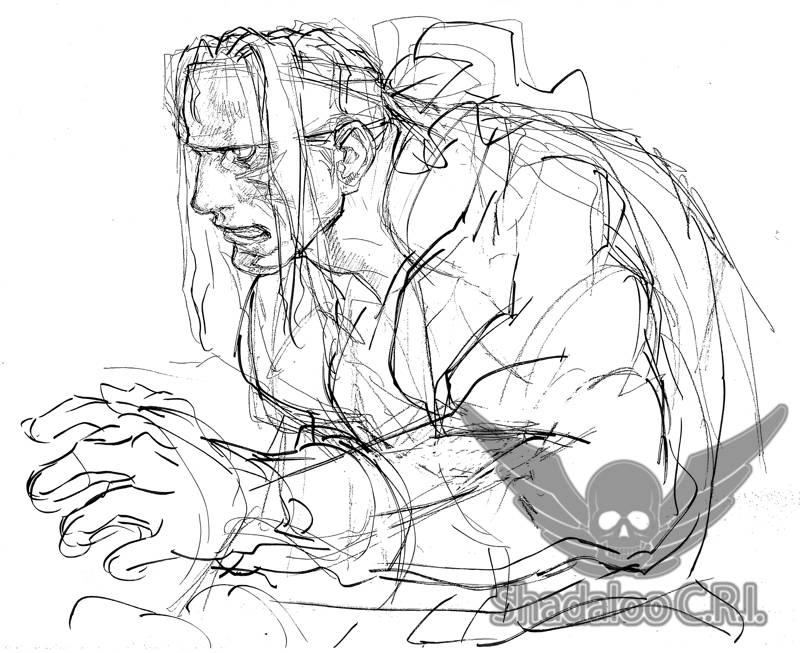 And a sketch of his results screen (victory). 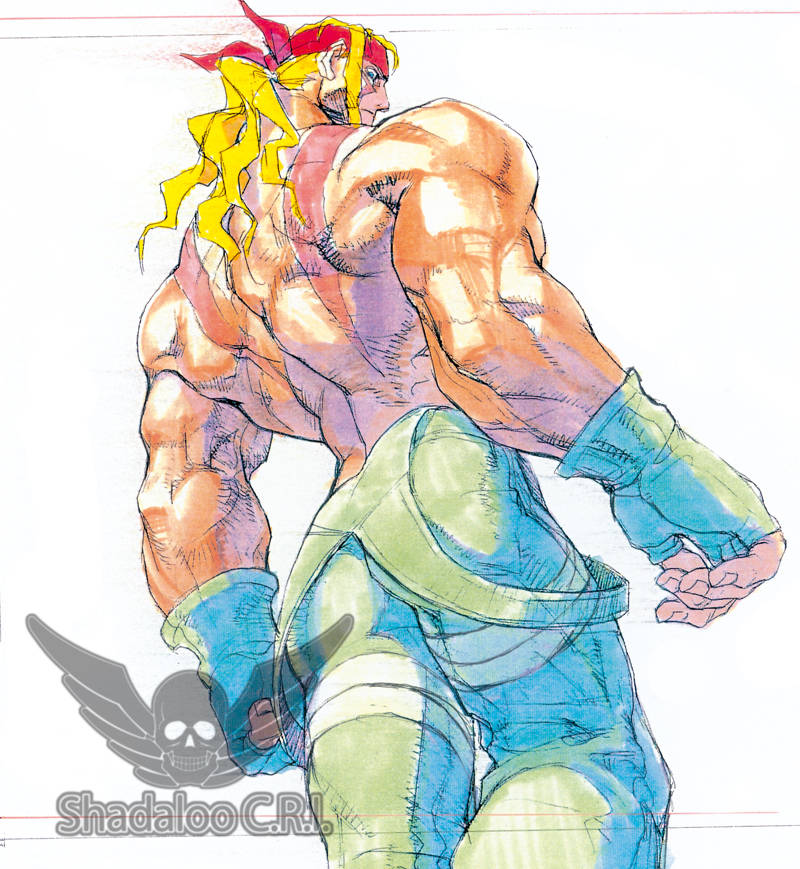 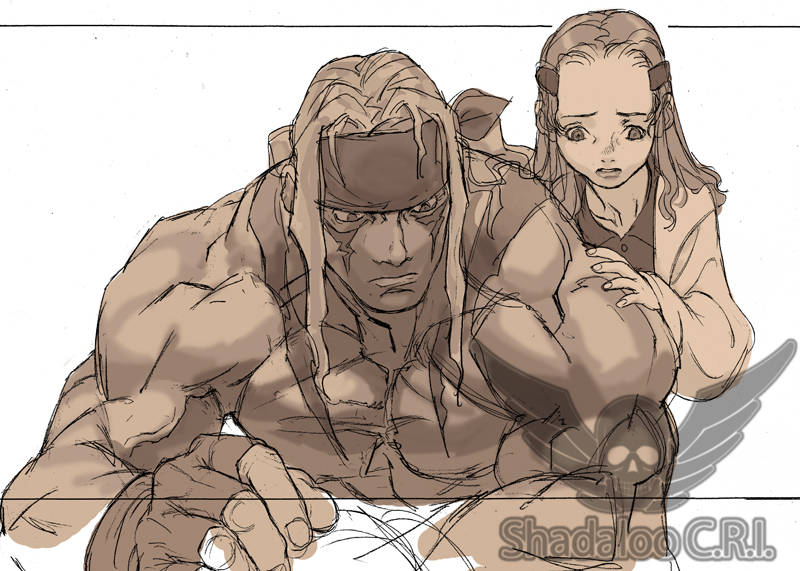 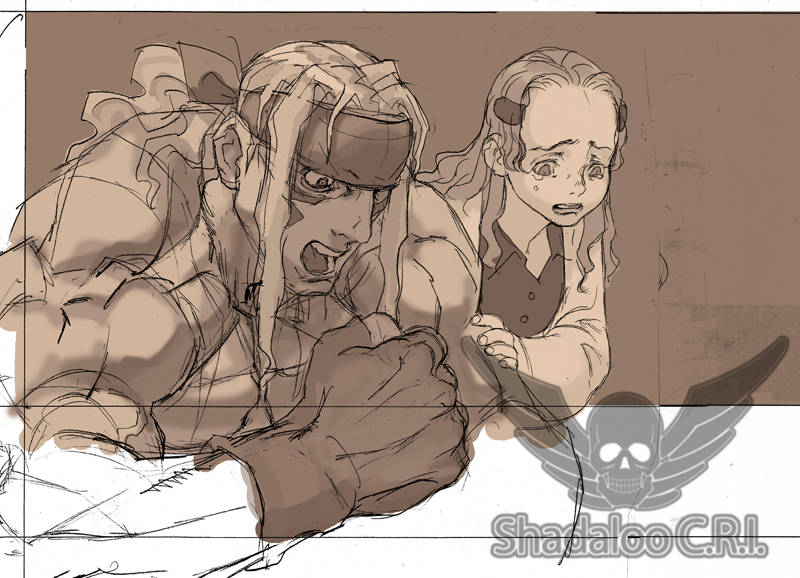 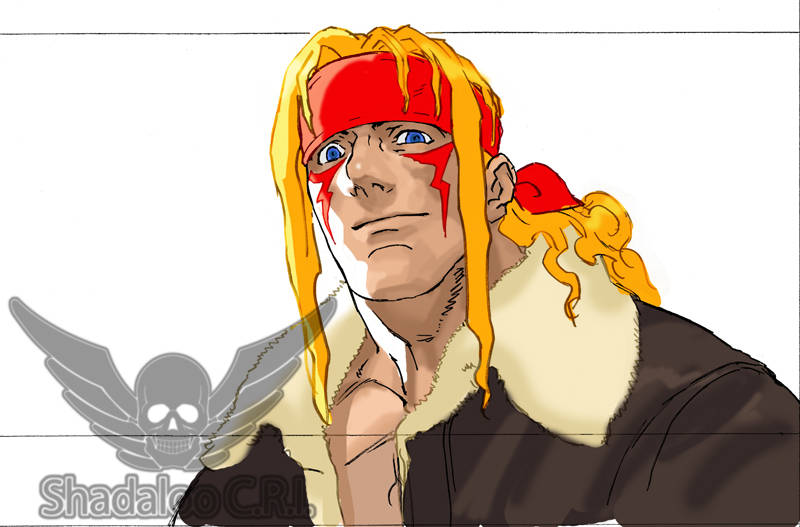 From the opening of Street Fighter III 2nd Impact. 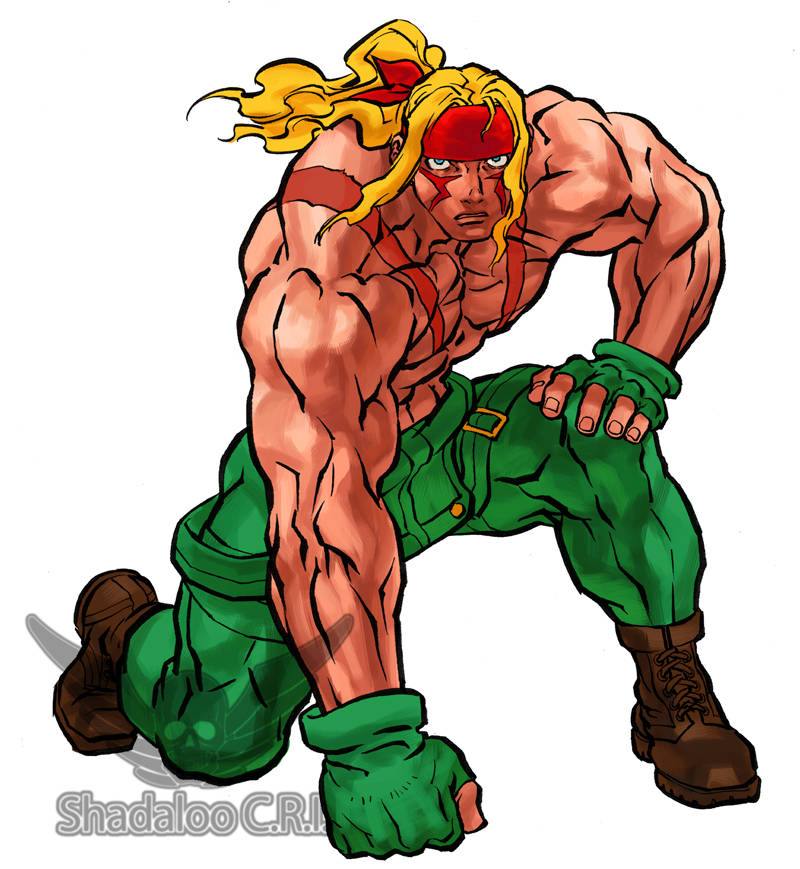 This guy is pretty cool. You can sense his inner passion just by looking at him.

Hate to see Patricia crying like that. What you can't see in the image is Tom, on the verge of death, in front of them. But don't worry! Tom comes back a-ok. He says "My student, you're back at last! I have waited for your return. Any wound can be healed with time." That sure was a great scene.