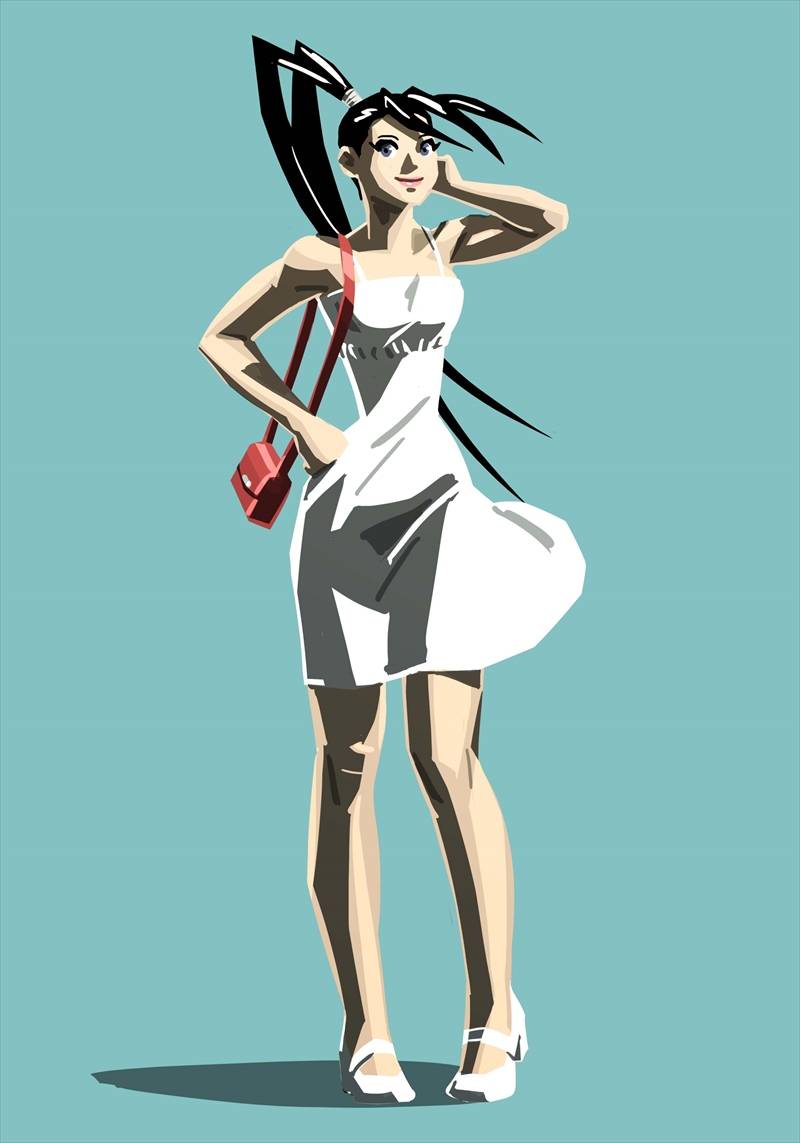 Ibuki in her story costume, as drawn by Kiki.

I'd love to see her try to fast-eat a bowl of curry udon noodles while wearing this.
Note: Ibuki's special skill is being a fast eater.


I think it suits her, but when does she wear this kind of outfit?

We've seen Ibuki wearing casual clothes before in her SFIII win pose and as one of her SFIV alternate costumes. It's usually a sporty look with minimal accessories, something for ease of movement that can be used during one of her missions.


As a contrast to that, this white dress is very feminine, for when she wants to emphasize her appearance over functionality. Additionally, it's kind of attention-getting when she wears this in town, and if she was aiming to distract the enemy with a bit of seduction...well, she's still a bit too young for that.

So basically, this is a personal outfit that Ibuki has chosen for herself based on her interests. I didn't realize she liked this style of clothing.


Ibuki is a ninja for whom you can feel her personality in her moves, and in her appearance during a mission. But in a game with a lot of flashy characters, for a kunoichi Ibuki kind of falls into the "plain" category, don't you think? For example, my next favorite character, after Chun-Li, is a certain voluptuous female ninja known for saying "Nippon Ichi!" (often misheard as "Me bouncy!"). That's a flashy kunoichi.


Perhaps in Ibuki's ninja village, the art of concealing oneself is emphasized regardless of gender. Maybe when she gets a bit older, Ibuki can learn how to use some techniques that utilize her seductiveness? ...But talking about being seductive is kind of a dangerous road, so I'll stop here.


If she has to wear plain clothes during her missions, she wants to do the opposite and wear something feminine in her spare time.


And that's all for Ibuki!