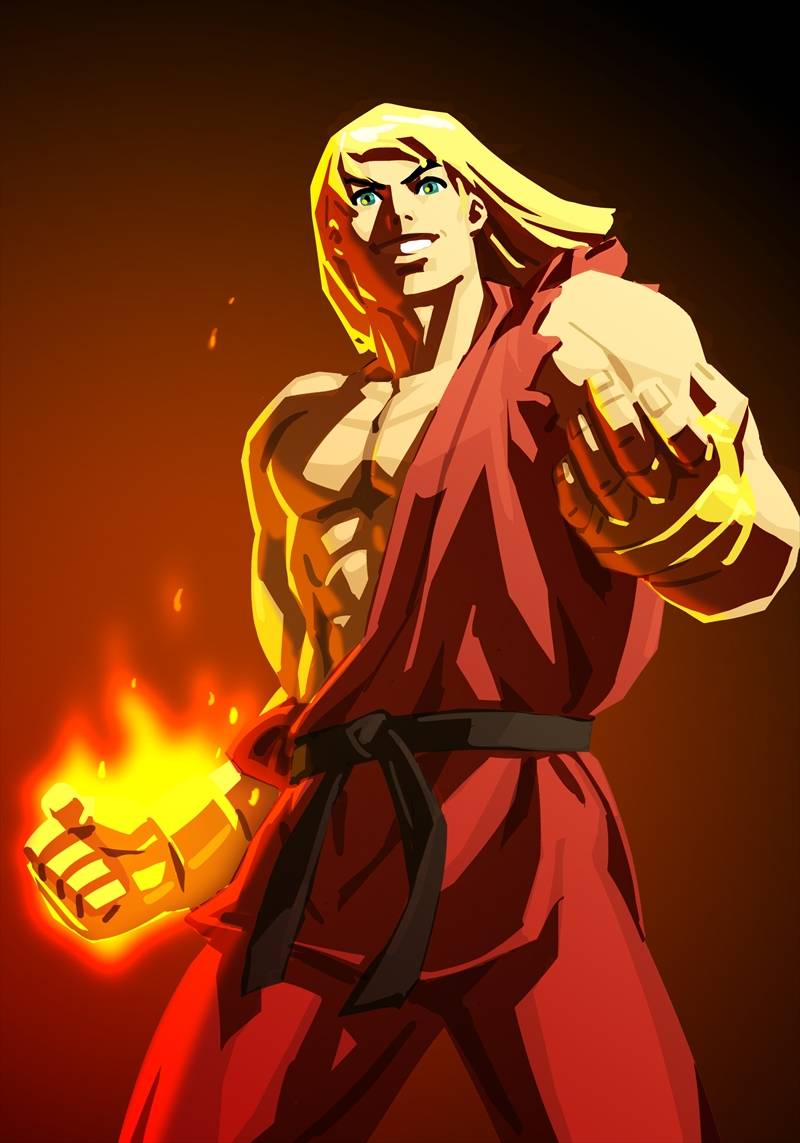 Ken as drawn by Kiki, based on his Street Fighter Alpha series design. 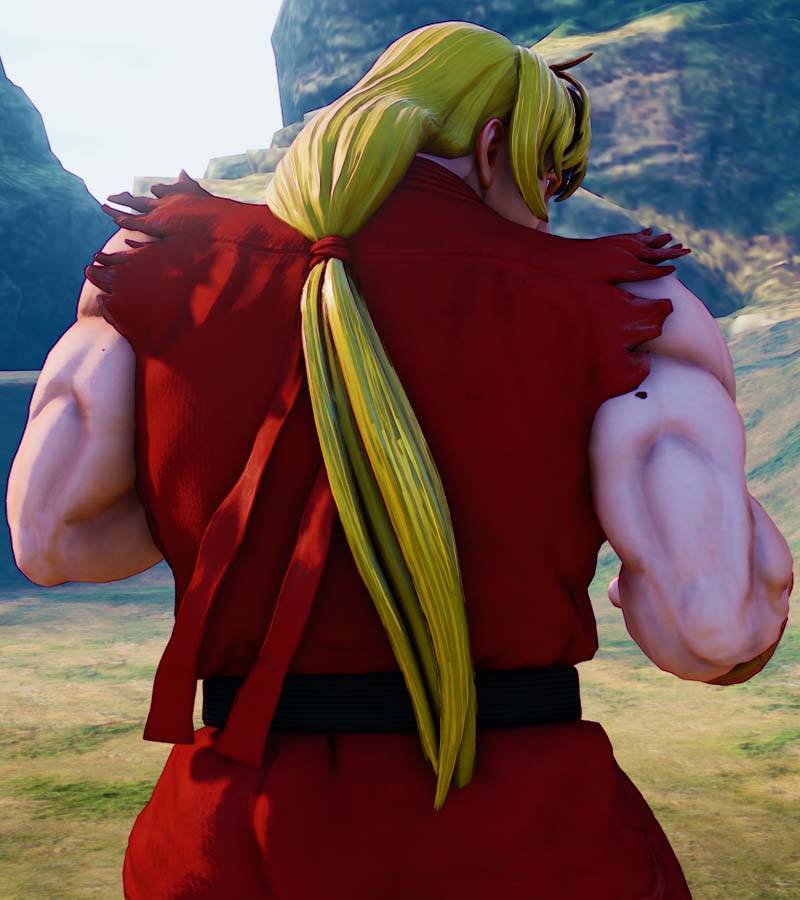 He's got long blond hair that extends down his back, tied with a red ribbon. I'm sure I've seen this ribbon somewhere before...where have I seen a red ribbon before...?

As a fighter, having long hair is kind of a disadvantage, as it could be grabbed. But having his own style that doesn't conform to the norms is very like Ken.


As an aside, it was during this time period that Ken met Eliza. She came to see one of his fights, and approached him afterwards. So...she made the first move. Do you know how it went down?


Eliza: You're pretty strong. Why do you fight? Is it for money? Or for fame?


She asked him these questions out of nowhere. Pretty bold for a first meeting.

And so Ken answered...


Ken: There's someone I have to defeat. I fight in order to challenge him again.

Usually, if a girl randomly approaches me on the street, I end up saying "Sorry, I don't have any money" or "I've already picked out a place for dinner." It's gotta be someone trying to sell me something. I guess Ken took a liking to Eliza as well. She is pretty beautiful.


Also, when it comes to Ken, there's one thing personally that bugs me - his chin. I'm from the SFII era, so my impression of Ken is that he's blonde-haired, and he's got a cleft chin.


If we line it up chronologically within the SF universe, it goes...


Since SFA takes place before SFII, when I first played SFA I was surprised to see Ken didn't have his cleft chin, but figured that maybe it's something that develops over time. But then SFIII takes place after SFII, and he doesn't have it again, so take takes the wind out of the sails of the idea that it developed over time.

So! In that case, I have a theory of my own.


During the SFII era, Ken was getting hit by too many Shoryukens from Ryu, which caused him to have the cleft chin. Wanting to get rid of it, Ken poured himself into Shoryuken research, and as a result he was able to reduce the number of times he got hit by one. Subsequently, thanks to his research he was able to strengthen his own Shoryuken.


That's all for Ken!