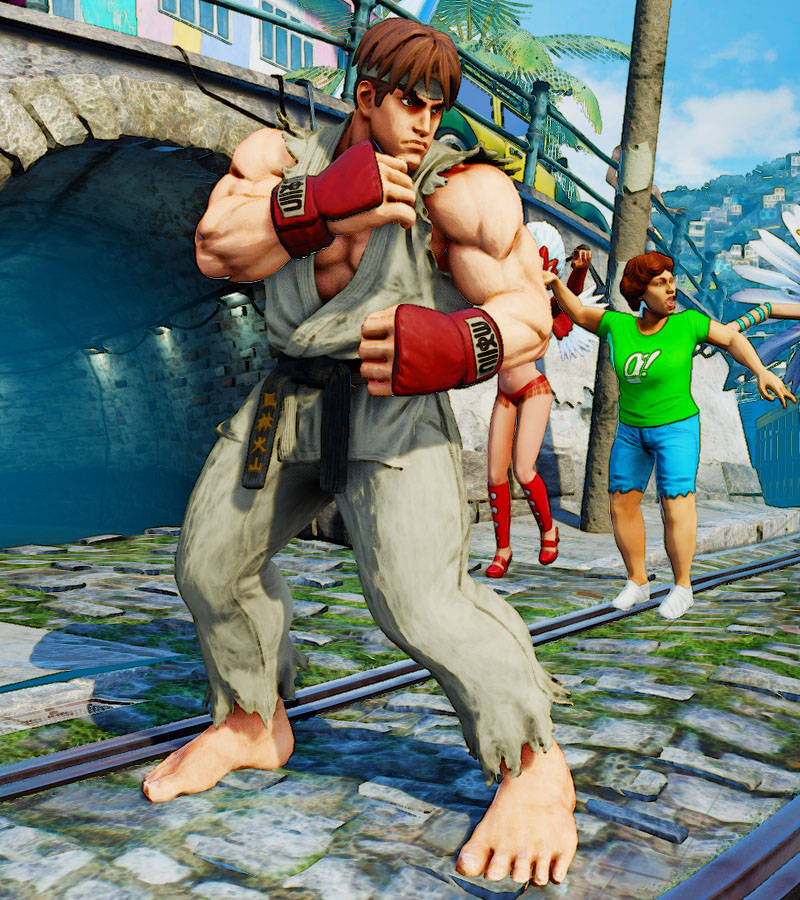 This is his design from the Street Fighter Alpha series.

His hair was a little brighter back then. Ryu is always depicted as a simple and plain kinda guy, but maybe back during this time he wanted to be a bit more fashionable...?


If we go back even further to the original Street Fighter, his hair was bright red. He also wore shoes, which were also red. I guess in the journey to become stronger, there's things you gotta throw away. 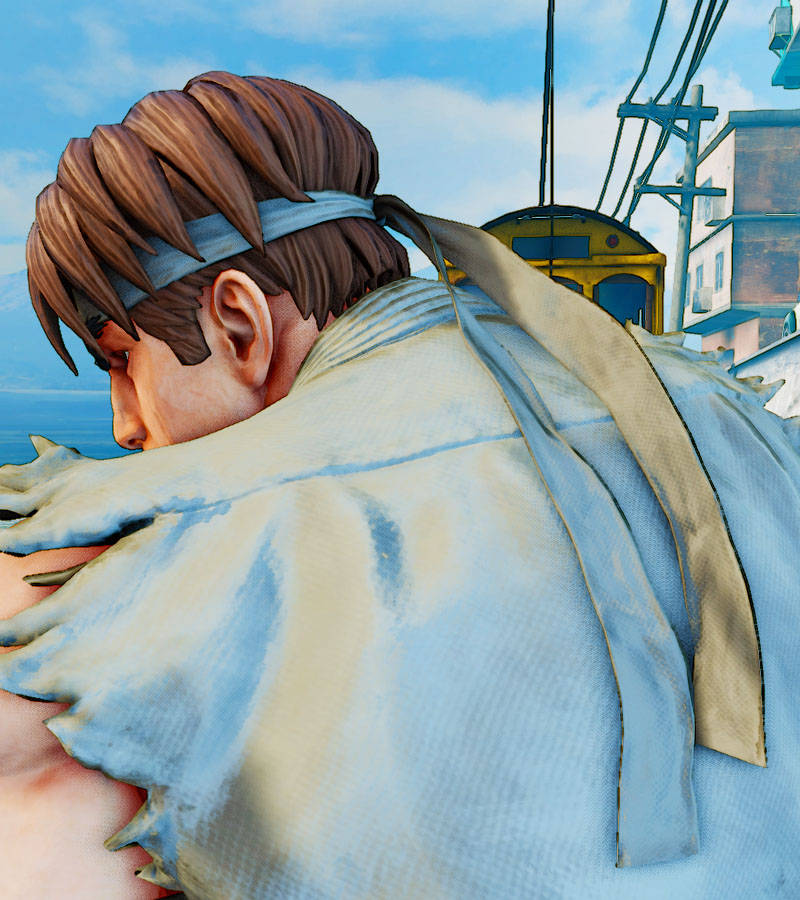 He doesn't yet have his trademark red headband. There's a reason for that of course, and if you don't know why, check out Street Fighter Alpha 2.

If we compare the two Ryu models, his hair is also a lot more smoother. The hair for the default costume is a lot more spikey. This guy even trains his hair to be tough. Perhaps the answer lies in the root of the follicle?


That's all for Ryu!