Hello everyone! Continuing with our Capcom Fighting All Stars characters, here's a look at the Rebellion Feather, Luke! 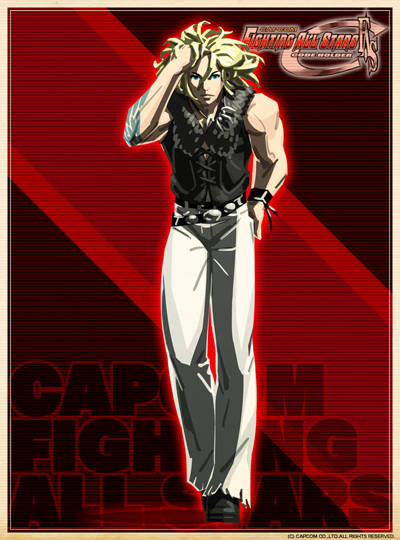 Known as the Code Holder, Luke possesses special genetics given to him by a mysterious organization, much like D.D.

He favors kicks as his weapon of choice and loves to mix it up with a variety of combos. He's not much of a talker and lets his feet do the talking. Cool, stoic and powerful.

■Shifting Dimension Whip
- A special kick move that can be performed up to three times. You can also do this from Wind Spear.

■In Heaven
- Automatic counter attack. Luke takes the oponent's attack and sends it back to them. 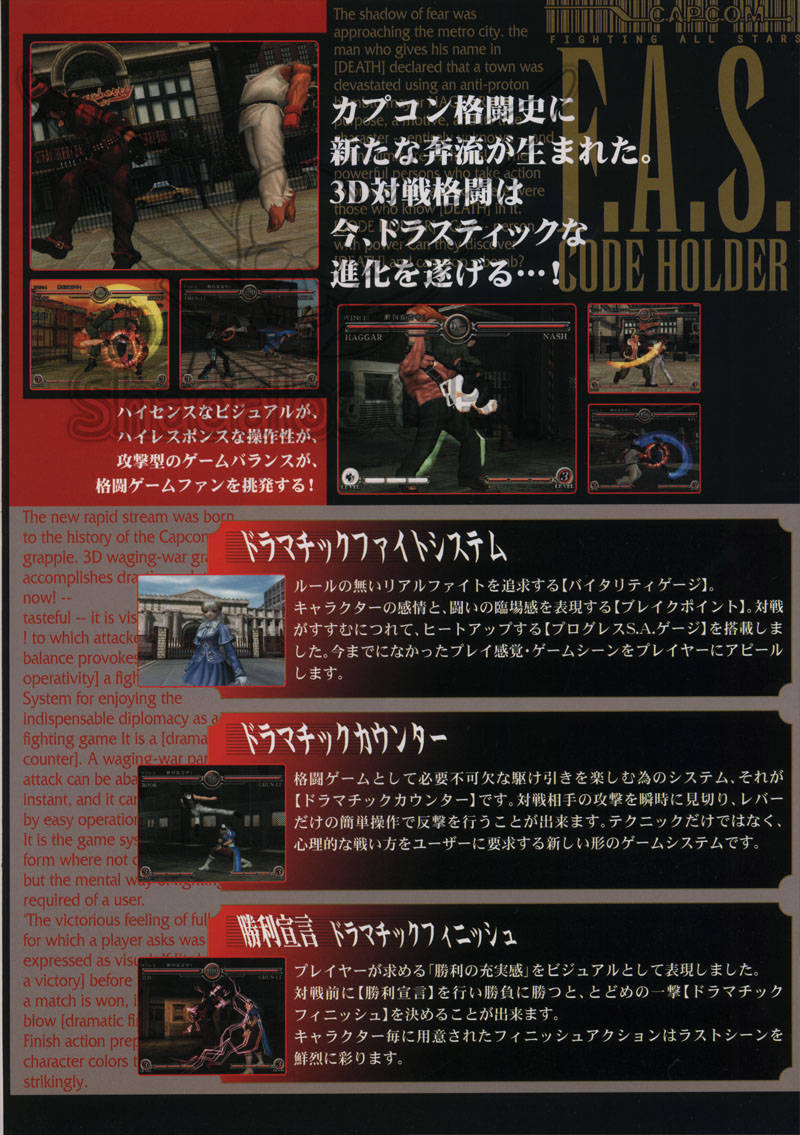 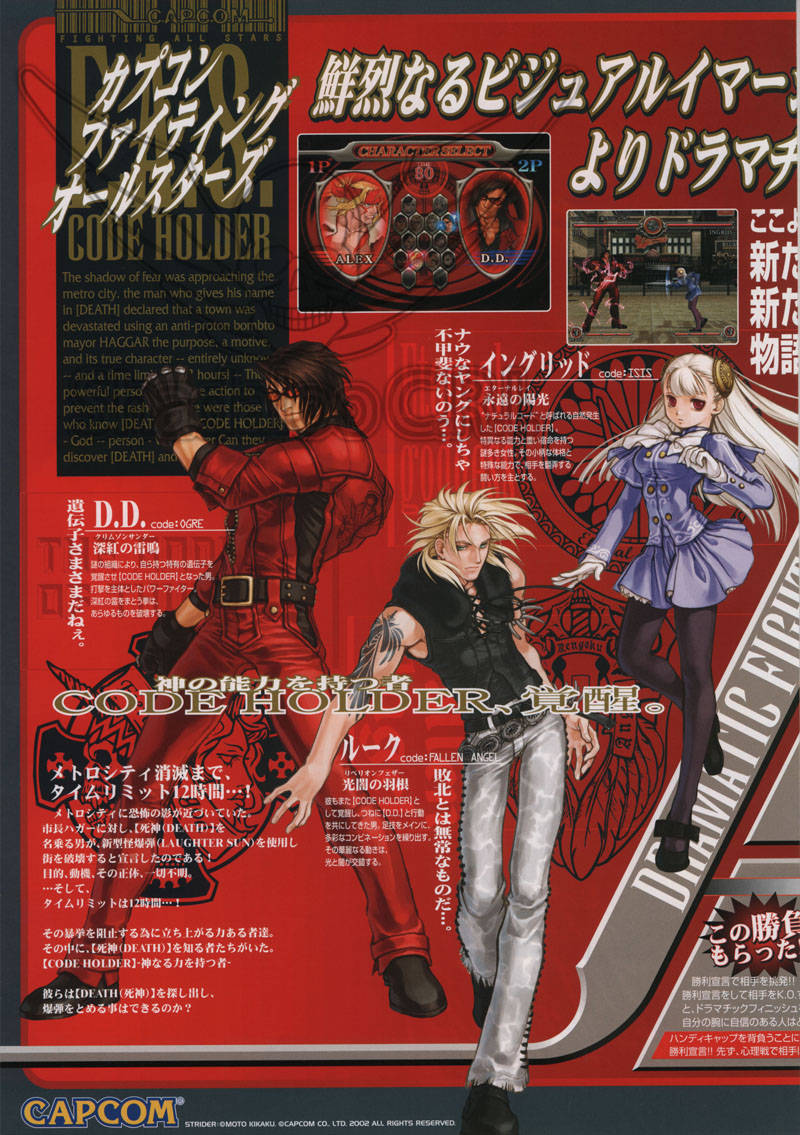 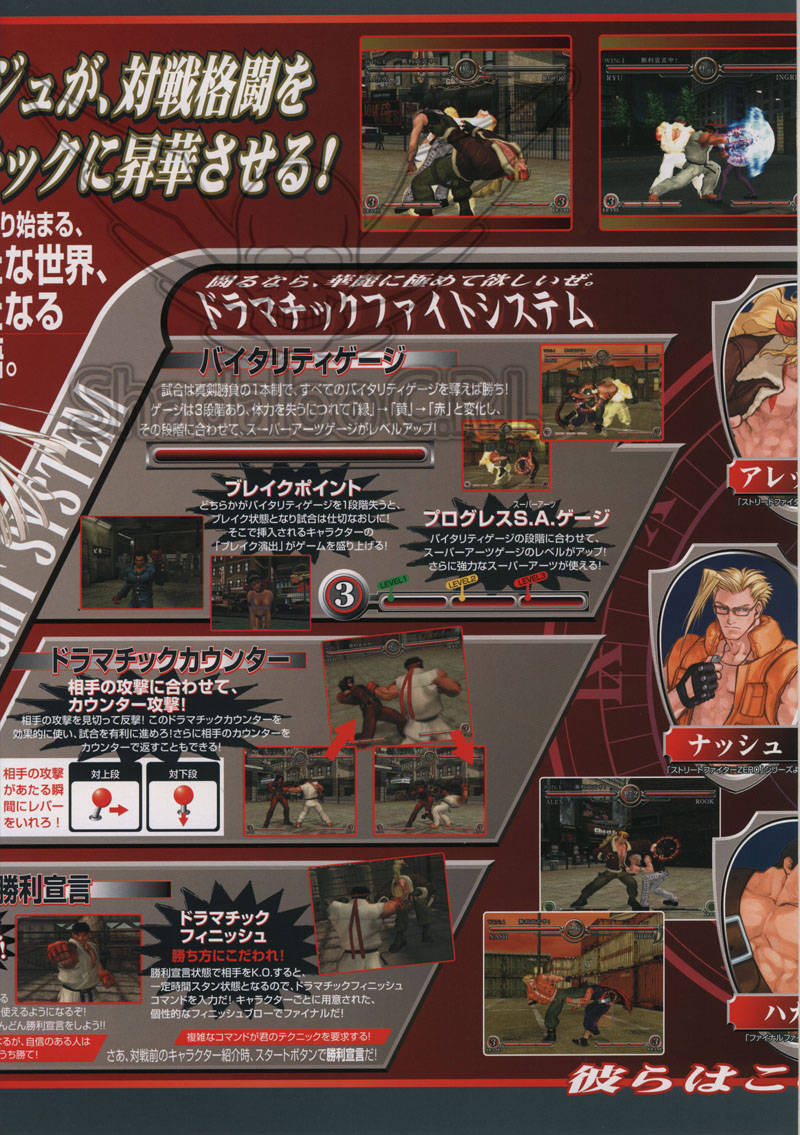 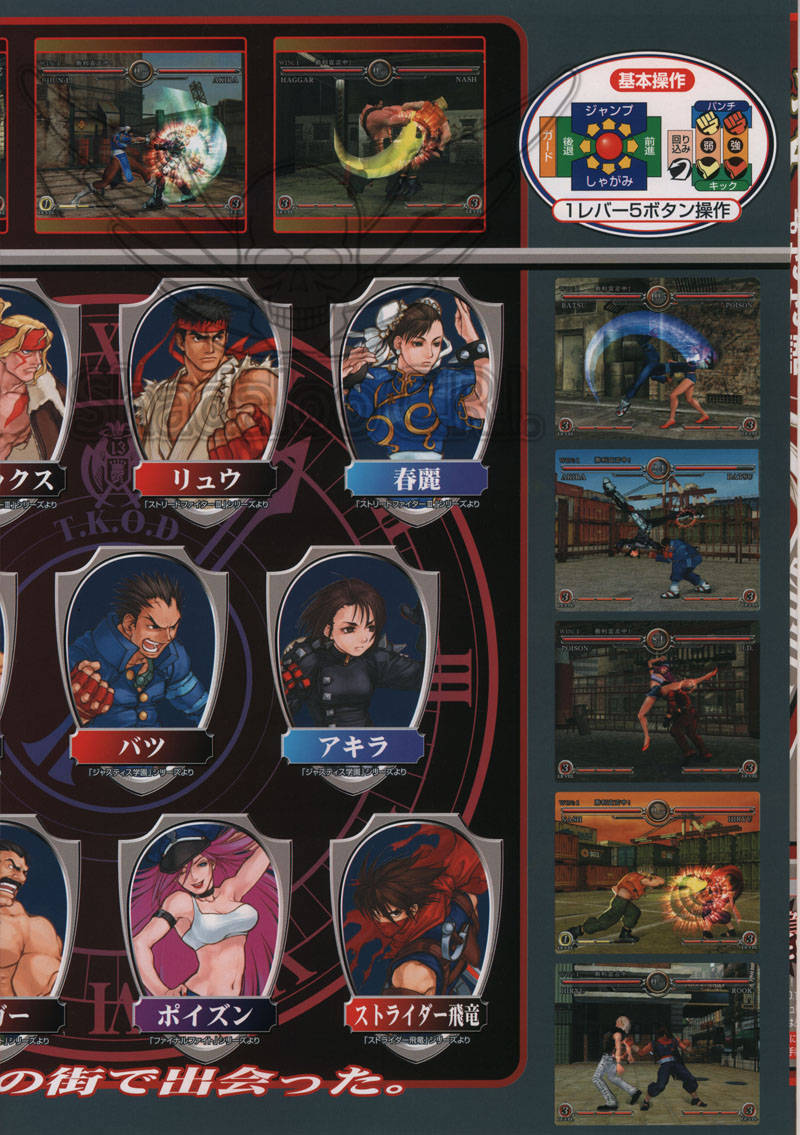