So let's talk about Rival...

Ah, yeah, that was first!

They said to make a game with polygons, and at the time I wanted to make that kind of game with a large scale cabinet, because Capcom had never done anything like that before.
That's why I joined the company.
So I joined the team midway through and became the lead game designer.

When I interviewed Yasuda-san, he said that Star Gladiator was a real challenge.

Yeah, it was crazy. I don't know if you can publish this* but Yasuda-san got really angry at me.

So there's that character Rimgal* right?
And he stands much like a T-Rex does.
He's already been tweaked, but at the time we never had a character that had their hitbox* extend out like that.
At the round call, his face seemed like it'd be really close to the opponent's stomach! 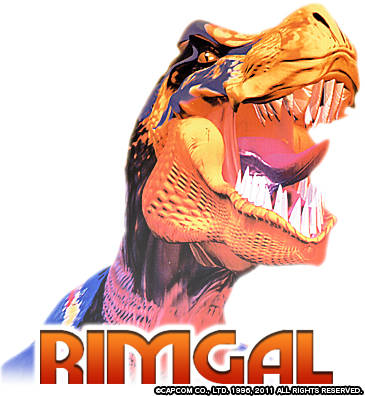 *Rimgal is a warrior who was June, Star Gladiator's cute heroine, father merged with a T-Rex. 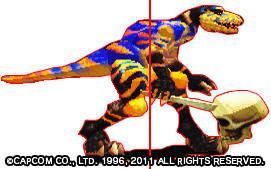 *Rimgal's posture and long neck meant that his hurtbox also extended forward.
Hurtboxes are what judges when a character takes damage from an attack.

To make things worse, all of the characters in Star Gladiator use weapons, so right at the beginning of the round, anyone could immediately attack him.

So I went to talk to Yasuda-san about it, to maybe ask him if he could pull the neck back, or go back to the original T-Rex posture we had*, or maybe change it to something different.
And you know what he said to me?

I still remember being super embarrassed about the whole situation.
I was just a new kid and that was out of line. 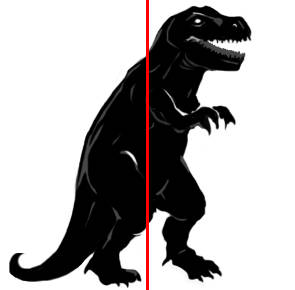 *The old T-Rex image had him stretch more vertically

Yeah, I guess Rimgal also has a club so it makes tweaking things hard.
I guess... we ought to stop talking about Star Gladiator now, eh?

Haha,
we only talked about Rimgal though...

Tell us how Rival Schools came about!

First off, I wanted to make a 60fps polygon-based fighting game.

Star Gladiator was already set to 30fps, because things such as sword effects* and backgrounds had to be taken into consideration so we didn't exceed the limitations of the hardware.

*At 30fps, I feel you can't have a real competitive fighting game, so I wanted to make a linear fighting game with 60fps in mind.

*Star Gladiator characters had plasma-based weapons that produced a transparent effect, which was cool but resource-heavy.

And the story was that
fighters from every country came together to decide who was the strongest!
...Haha!

So I wrote up the design doc for it, and I showed it to my coworkers who've been in the company for longer than I have.

I really wanted to do this game.
So I thought, okay let's base this on something that people have an interest in.
If it was set in a school, then everyone would understand it because everyone has had that experience.
So I figured, I might as well make it stupid crazy, and had the setting be in a school where 40 characters fought to decide who would be the class representatives!

But I thought, you know, it was a little too neat, too compact.

Then this programmer said to me, "look at my screen, I have three characters on the screen, three!" and showed me three playable characters.
And that's how I came up with the idea of having two-character teams.
That's how I got my idea approved. Then the whole idea of a team battle set in a school war became a really good idea.
The ideas kept piling up.

Taiyo High was based on a school in my hometown.

It's amazing how everything came together just like that.
The concept of two character teams, the school setting, everything fit together so well.

I wanted the title to be something like, "XXXX School" too.
The original title was Justice Fist, so I changed it to "Justice Gakuen/Rival Schools"

Since this was a school, we'd need a female teacher* in a white lab coat.
Yasuda-san drew the hero for another title, and asked if I could use it in my game.
Batsu* was originally going to be from a ninja high school. 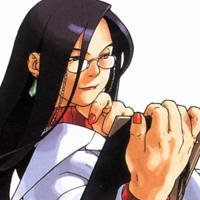 *Kyoko Minazuki is the school's doctor, and specializes in judo grappling and kicks. 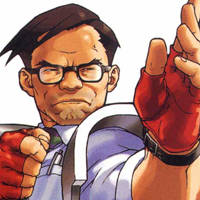 Shimazu Hideo is the language teacher, and an expert at Shimazu-style Karate. The shoulder protector is also pretty cool. 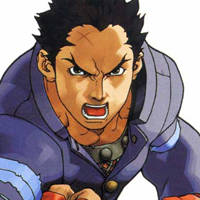 *Batsu Ichimon is our fiery protagonist.

Ah, so that's why he has chain mail under his uniform!

I also wanted to make more female characters. It may be normal now, but at the time it was rare to have a male/female ratio of 2:1, but since we were doing a school-based fighting game we could pull it off.

Then,
I was really worried about the game not selling, so I asked if I could borrow Sakura for the game, haha.
She's in a school uniform, it works! It was insurance for the game's success.

Right! For Hinata, I thought the uniform Ibuki wore during her Street Fighter III ending was cute, so I asked if I could use the same design for my character and say they were from the same school*.
That was also insurance, haha. 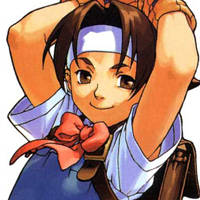 Look, they're the same!

On the hardware that we had, we worked hard and had a sexy teacher in Kyoko and your stereotypical ditz (Tiffany) too!

And the opening of the game featured the world's first 256 color animation!
It was only three frames though, haha.
But people were like, "wow the PlayStation is awesome!"

It was a world first!

When this game came out I was in school, and even my friends who didn't play games played only Rival Schools.

They said they didn't know who to pick so I said, "pick the dude* with the giant barrel for a belt" because he was strong like a rock. 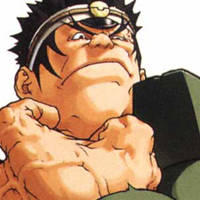 Rival Schools was a game where we put a lot of effort into making sure it was easy to play.

First you had the four button system, as opposed to the six button system for Street Fighter.
We did this with the thinking that the game would be ported to PlayStation.
We also made it easy to do combos without having to know special moves, and we put counters in too.

I think our big selling point was the team attacks you did by pressing three buttons at once.
You started the fight with maximum gauge, so you could even do it right at the beginning.

That helped increase our income, and Street Fighter Alpha 3 even incorporated it.
Yeah, they copied it but they asked our team for permission first.

The console version had the Hot-Blooded Youthful Notebook mode, and that was something else!

You know, at the time, my boss Funamizu-san said, "the goal for the console version of Rival Schools is to sell 1 million copies!
Because it's going to be this summer's big hit."

We only had three months to develop the console version though, haha.
So we had to come up with something that we could make in three months.
That's how the mode came into being.

Wow, you were able to make something in that time frame!?
But that mode even appealed to people who weren't into fighting games.

Yeah, I know, it was great that we could make something like that.

Our goal was to have people who couldn't play fighting games play this mode, and eventually become someone who could play fighters.

The test that Hayato* gives you at the end of term was really well-done!
It matched the setting of the game, and felt like people could accomplish something naturally. 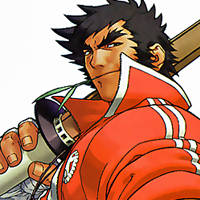 *Hayato Nekketsu wears a red jersey and carries around a bamboo sword. His favorite phrase is, "I'm amazing!"

All players would train and defeat Natsu*, and notice that they've improved their skills.
Then for some reason Boman* would be blushing, haha.
That's how characters with spinning pile drivers and Shin Shoryukens were born, haha. 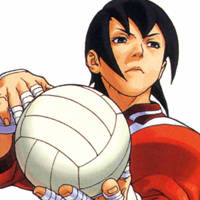 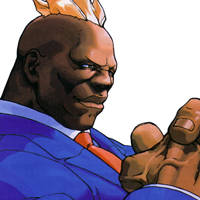 *Boman Delgado is a huge but friendly boxer.

There was also Edit Mode, where you could create your own character. 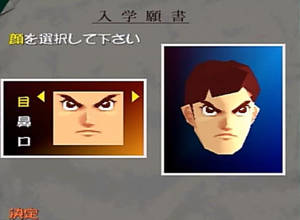 Change the appearance and school of your character. Moves were learned by going to school!

I like creating things even outside of games, so I really liked the idea of Edit Mode.

I guess that's why it was also in
Dragon's Dogma.

So uh, when are you going to make a new Rival Schools?

I want to make a new one even now!

Batsu, Hinata and Kyosuke* haven't graduated yet.
They started their third year just when the story finished. 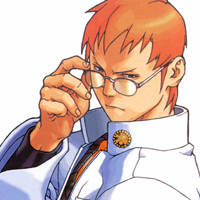 *Kyosuke Kagami is from Taiyo High, like Batsu and Hinata. A member of the public morals club. One of the characters at the heart of the story.

When I was working with you, you'd always come to my desk and ask for the Rival School's scenario, and I'd say "yeah, the scenario is already finished!"

Yup, that was around the year 2000.
I guess the scenario is already finished, haha.

And that is the end of a very long, and interesting interview!
Sorry that we focused on Rival Schools and not on Itsuno's other titles, like Powerstone and Capcom vs. Esaka.
I hope we'll have a chance to talk about them later!