This one's a wrestling newbie from overseas. I say newbie, but she's actually a former athlete! 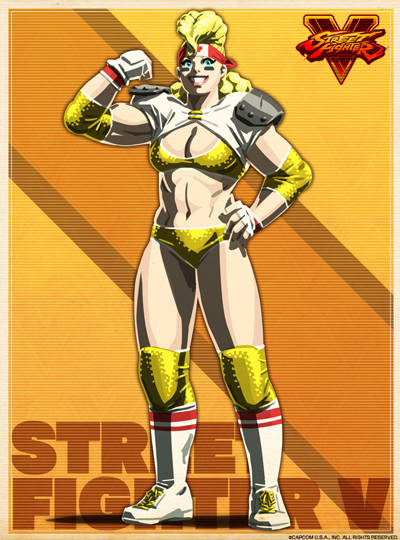 A former football player from Canada. Her team went professional, but was forced to break up following a scandal with its trainer. She was so impressed with Yoko Harmagaeddon after watching a DVD she borrowed from a friend that she decided to come to Japan. Her finisher is a powerful tackle called the Klondike Gold Rush. Her Japanese ability is a work in progress, and she's good friends with Yamato Nadeshiko who's making sure she settles in.