I probably should have started off with Ryu's costumes, but it looks like I'm allowed to do whatever I want to here, so here's Chun-Li. 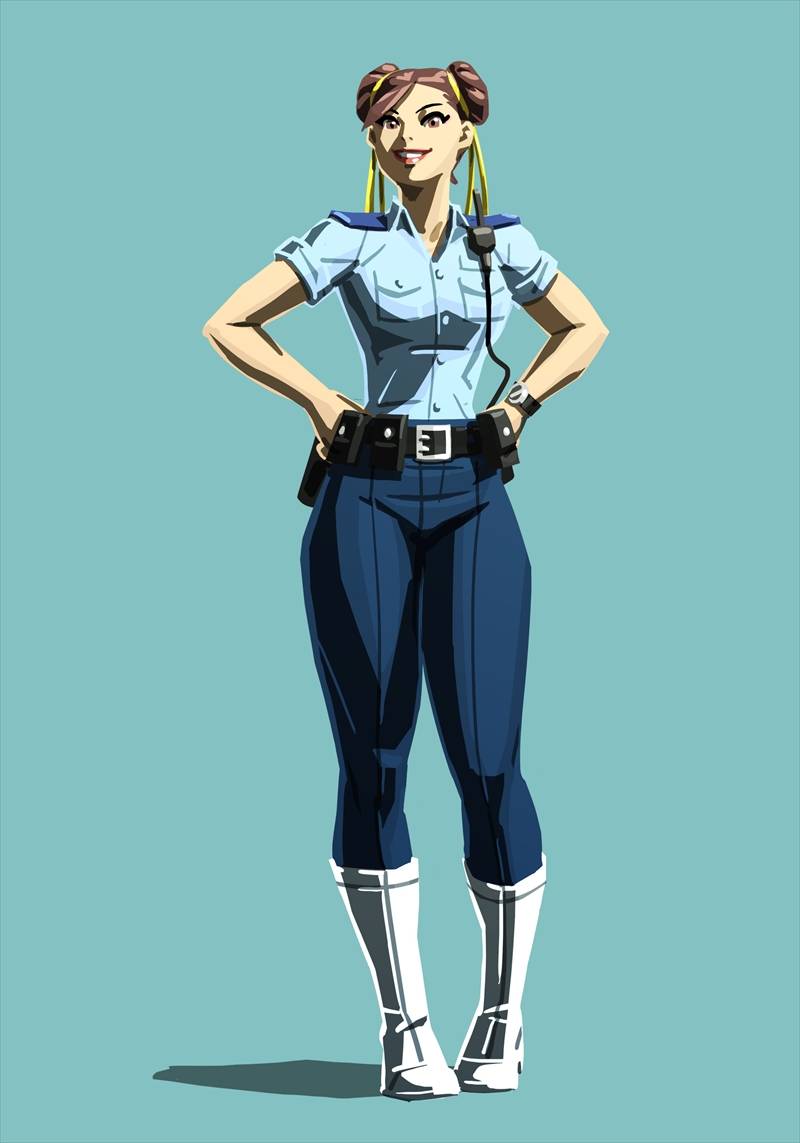 Here's Chun-Li in here story costume as drawn by Kiki. The ICPO uniform looks great on her, and there's a touch of innocence. I really love her proud expression, it's so cute. 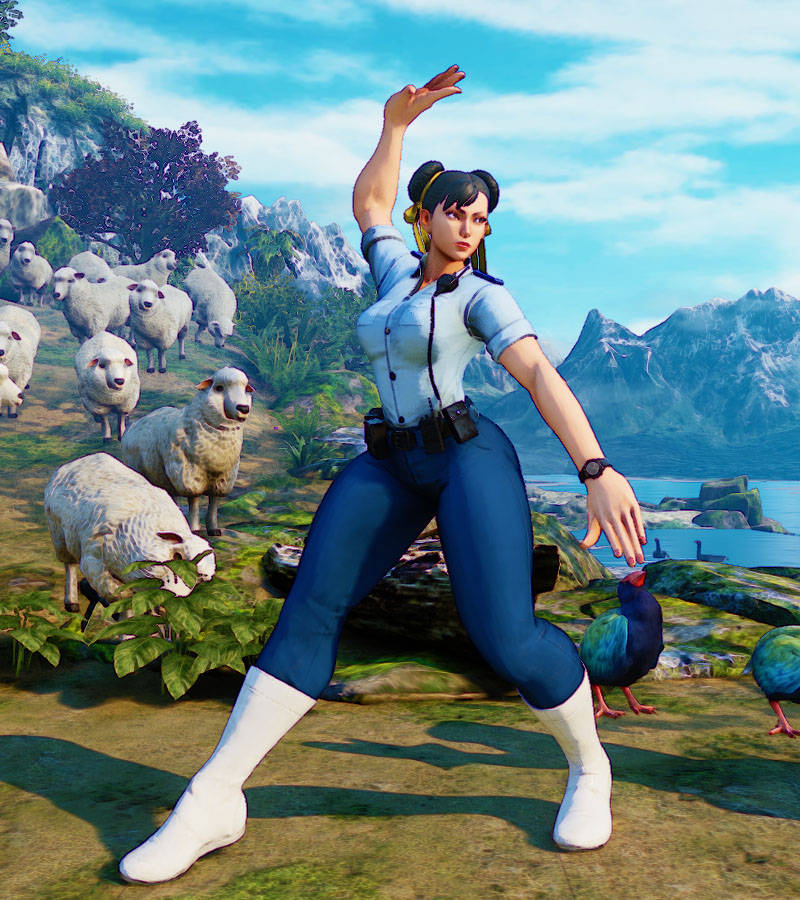 Here she is in-game. It's unusual not to see her in her Chinese dress and pointy bangles. Maybe it's because she's new to the force? So cute. 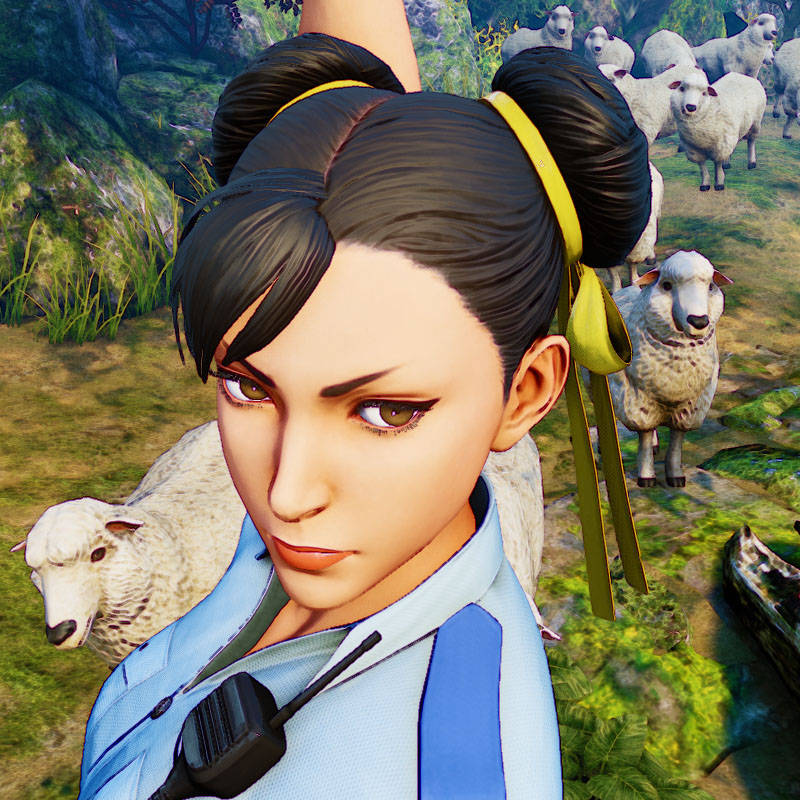 Her hair is tied up and smart like her uniform. Just what you'd expect from Chun-Li. Too cute.

I think the fact that it's a uniform really stands out here. I'm not much of a fan of wearing uniforms myself, but I think girls look good in them.

I'd have no problem being investigated if it were Chun-Li, in fact I almost want to be. I'd like to take her out for a katsudon. Or turn into one and be eaten by her.

Back in the 90s I was always in my local arcade playing beat 'em ups.

I lived the suburbs, and there was this entertainment district between my house and the arcade, kind of like Kabukicho in Tokyo.

I was in junior high, and on my way home I'd sometimes pass through there when it was late, and I'd be stopped by the cops. A few of them were female.

It's not like I was up to anything suspicious, I was just passing through, so they'd never take me in, but they often told me not to stay out playing so late and to go home earlier. They eventually knew my face pretty well and probably thought "not this kid again" whenever they called me over.

Anyway I never thought any of them as being particularly cute, but they did look tough.

What I'm wondering is where do you have to go to find a pretty female cop?

The recruitment process is infamously strict right? There must be a bunch of strength tests.

The chances of finding any after that kind of selection process are slim, but that's what makes it so romantically appealing.

If any of you think you like pretty cops but don't find the idea particularly romantic, then you should probably be looking for them inside the establishments of the entertainment district rather than out on the streets.

I kind of strayed away from the game there so allow me to conclude with my favorite Chun-Li move. 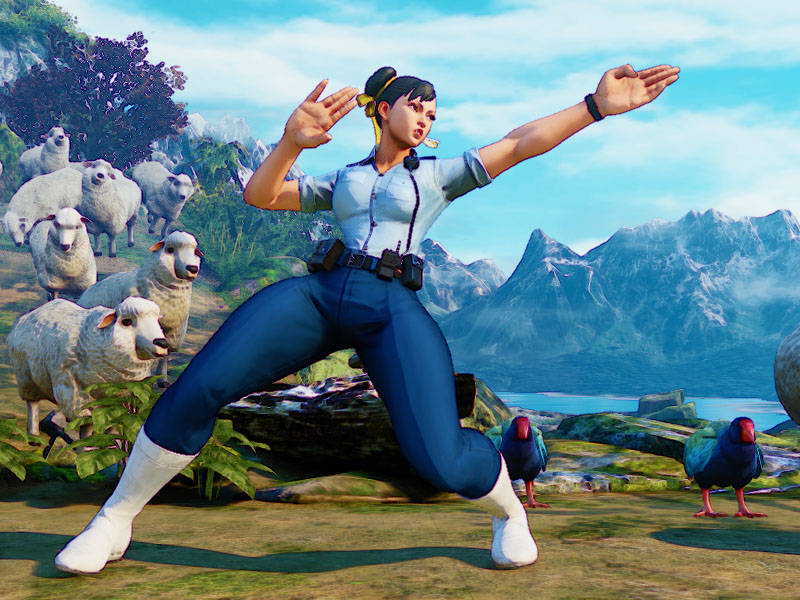 And more besides, it's one of Chun-Li's main moves and has a ton of uses, but you can forget about all of that tricky stuff.

The true power of her Tsuitotsuken is actually right after you've taken out an opponent with it.

When you defeat your opponent, time stops briefly as the K.O. text appears right? Keep your eyes on Chun-Li right at that moment.

That's what I live for. If you're the sort of person who takes time to analyze each and every counter, then you'll surely have the time to concentrate for this one moment.

True Chun-Li connoisseurs know exactly what I'm talking about, are you one of us?