How to Win at Multi-Missions!

One Life matches can be one simply by surviving the longest.
Multi-Mission matches on the other hand have a number of different rulesets, and the winner is determined by the final score. 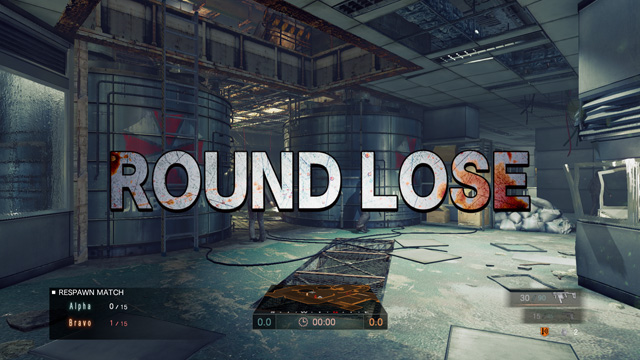 If you're having trouble playing Multi-Mission, then this page is for you!

The next update for the game will be changing the game as follows:
- Scores are greatly increased when performing actions for the current mission in Multi-Mission matches.

What this means is that it's now much more important to try and achieve the mission goals than before.

Check out this screen when the game starts! This part of the UI displays what the current mode is. 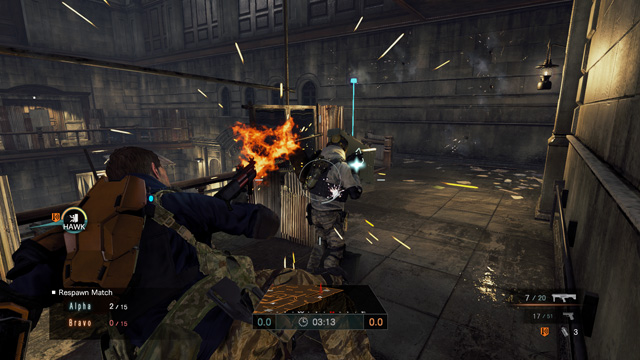 A deathmatch with respawns. Since spawns can occur anywhere you'll need to watch your back.

Since you can always come back, you can try unusual strategies like sacrificing yourself if it means the other team will be wiped out. 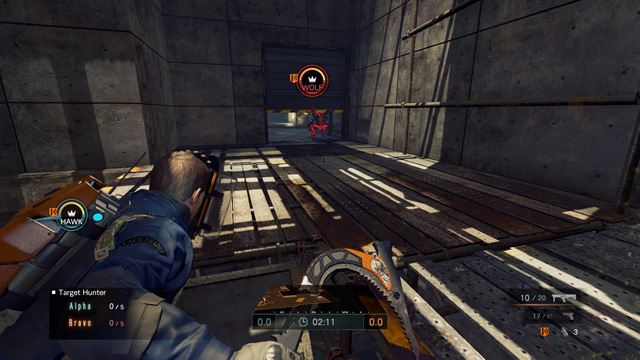 In this mode you need to take out as many marked opponents as you can. When attacking, if you're up against a target that likes to run around, try and predict where they are headed and set up an ambush. If the players turtle in instead use Jammer Busters to flush them out.

If you're supporting a marked teammate, remember to stay close. If you yourself are targeted, you could just run around the map as fast as possible, but it's also a good idea to find a defensive location with the rest of your team, or simply stay in a pack and move about the map. 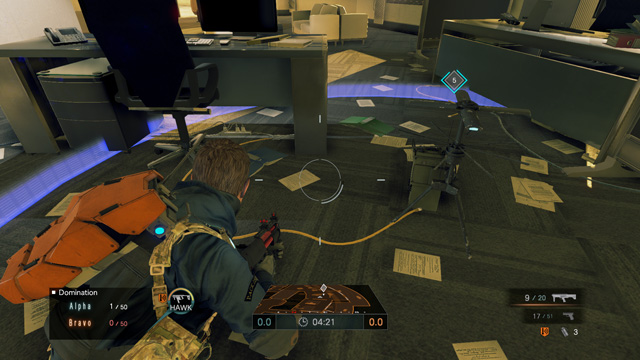 Earn points by entering and holding the areas marked on the map.

If you rush into a location with out securing the area first, you'll be an easy kill for any opponents waiting for you.

Once you've held an area, all it takes is one person to remain in the zone to continue stacking the score. It's usually more effective for the other members to concentrate on opposing the enemy team. You can annoy the other team if you want to, but you'll earn a much higher score if you concentrate on taking out creatures and collecting their DNA.

Brainers and shotguns are effective against creatures. One risky strategy is to have your own jammer destroyed in order to draw nearby creatures in. 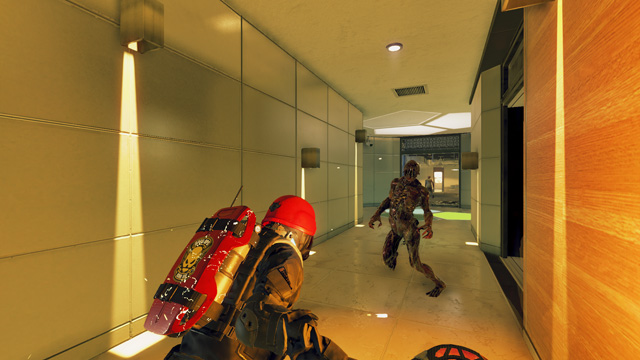 In this mode a single creature with tons of health will be the target. You'll deal the most damage with a heated Brainer and grenades, followed by shotguns.

Killing the enemy team to make them drop previously collected samples is also a good strategy. 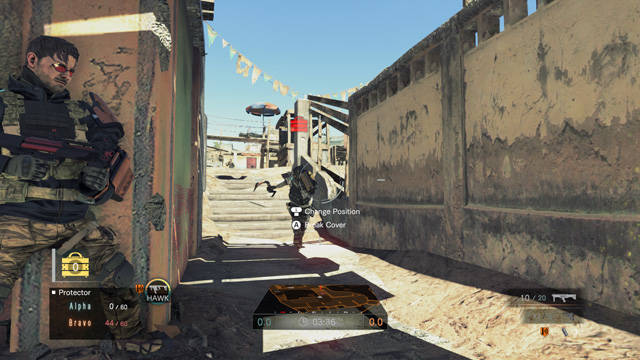 The side that hangs onto the briefcase the longest wins.

Even if the enemy retrieves the case first, you'll be able to see where they are in the HUD; try and predict where they are headed and set up an ambush, usually there are only so many routes they could take. 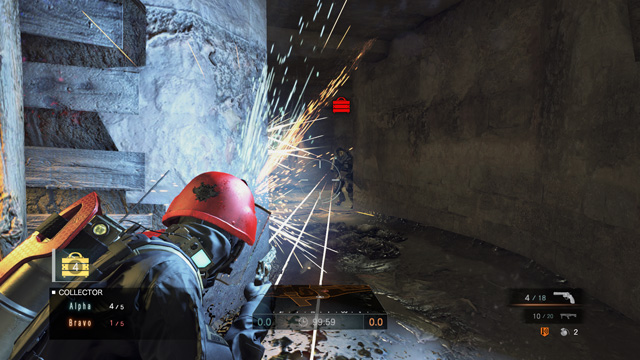 Collect 5 briefcases to win. As you'll need to both protect the briefcases you pick up, and try and wrestle the remaining ones from the other team, it's a good idea to split up into attacking and defending roles. You'll also need to switch roles if you pick up a case after an attack, or if you lose one to the other team. 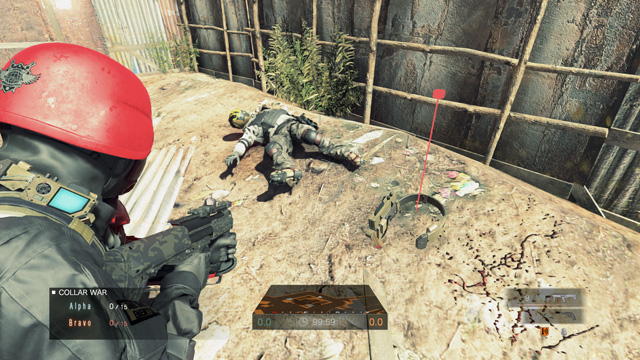 Collect the collars dropped by the opposing team. You'll need to learn how to stop the other team from taking your collar, which involves teamwork: if you drop your collar then you better hope that one of your teammates picks it up before the enemy do.

At some point you will have to focus on actually picking the collars up if you want to actually win, so try not to concentrate too much on killing alone.