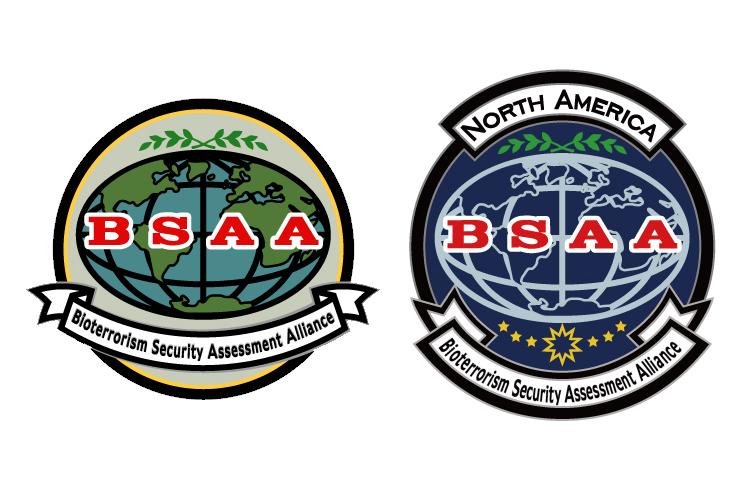 As many people were eager to blame the bioterror crisis on the pharmaceutical industry as a whole, the Global Pharmaceutical Consortium established the BSAA (Bioterrorism Security Assessment Alliance) following Umbrella's collapse in an attempt to showcase their active role in containing the spread of B.O.W.s. The founding members, known as the "Original Eleven," included Chris Redfield and Jill Valentine, and Clive R. O'Brian was chosen as the first head of the organization. While originally closer to a civilian NGO with observer status, the BSAA was reorganized as a special unit under the control of the UN following the Queen Zenobia incident. There are eight branches in all: Europe, Middle East, North America, South America, West Africa, East Africa, Far East, and Oceania.

Although Chris is assigned to the North American branch, as a level ten operative he has the authority to join investigations and operations regardless of the commanding branch. Piers Nivans is also a member of the North American branch and is one of the organization's bright stars. Sheva Alomar and Josh Stone, who appeared in RE5, are part of the West African branch. Many operatives, including Reynard Fisher, Kirk Mathison, Dan DeChant, Dave Johnson, and Doug, were killed in action during Operation Kijuju in RE5. In Revelations, Parker Luciani, Jessica Sherawat, Quent Cetcham, and Keith Lumley were assigned to the Queen Zenobia incident.