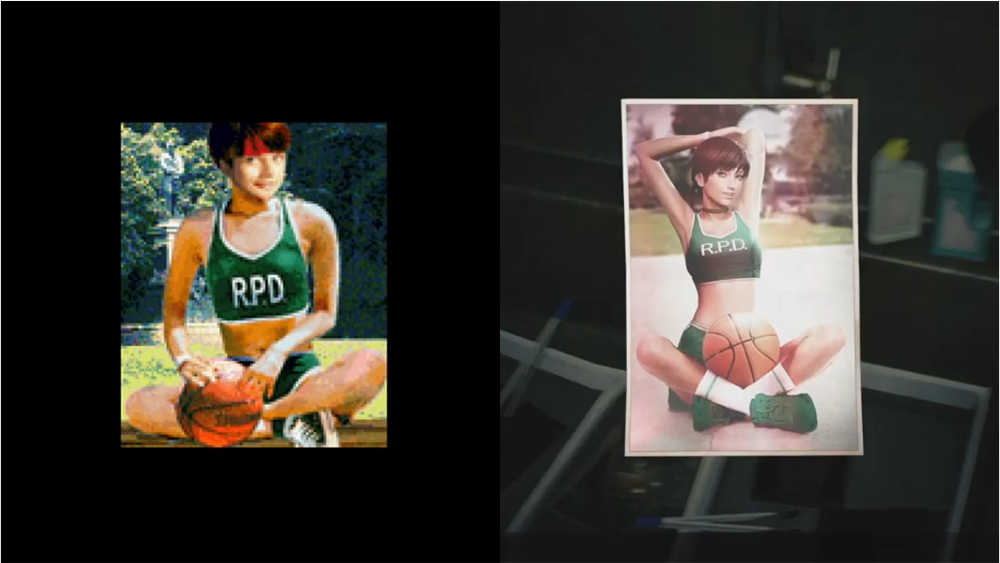 The world of Resident Evil is ever-changing, as proven by the recent remakes of both Resident Evil 2 and Resident Evil 3.
So for this article I'd like to go over some of the key differences between the originals and the remakes that have stuck with me. If any differences stood out to you, let us know on social media with the #REBHFun hashtag!

When I played RE2 Remake, the first thing I thought was, "Man, these zombies are tough!"
They wouldn't always go down if you shot them in the head, and seeing two in a tight corridor made me think twice about where to head next.
The more I played the Resident games, the more I got used to zombies, but seeing them rendered in all that detail reminded me just how terrifying they can be!

With zombies this strong, no wonder the RPD went down.

Oh, and I got double-teamed a lot... What makes it extra unsettling is how they throw their weight on you.

Next up is Leon's doomed mentor, Marvin. Whether you're talking about the old-skool or new version, he's an iconic character. In both games, when the player crosses paths with him in Raccoon City Police Department, he's in real bad shape. 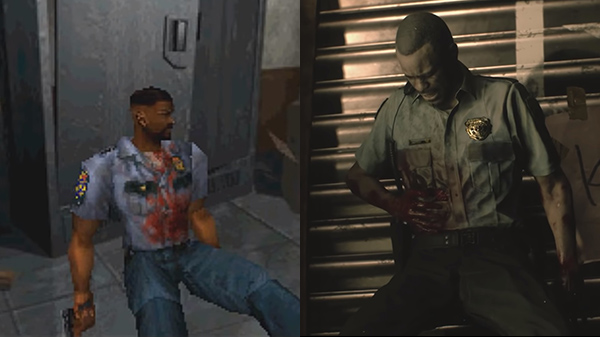 In the remake, Marvin showed his strong sense of camaraderie by preparing a little task for Leon to learn the names of his fellow officers. (Trying not to cry...) 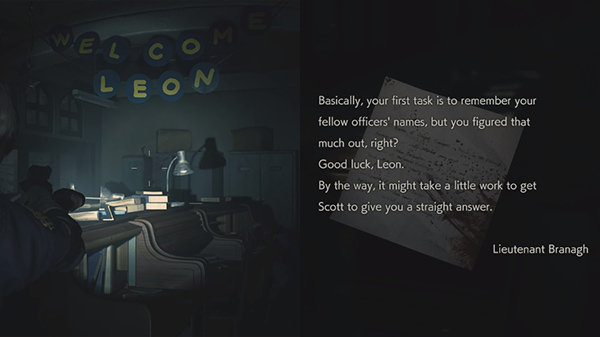 He went to all that trouble for a rookie... What a guy!

When I played the RE2 Remake, I remember wondering why a zombie would bite Marvin right in the gut, but I got my answer in the RE3 Remake! If you haven't played that game yet, I recommend you check it out!

Raccoon City's famous weapon shop. In the Resident Evil 2 Original (1998), it's one of the first places you visit, but in the remake, you don't make your way there until about midway through the game. 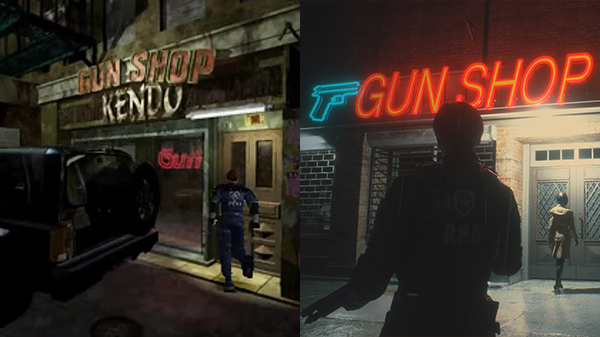 This place underwent a major overhaul in the RE2 Remake, with its hard-to-miss neon sign and better location.
I remember the original place being in a small alley, and there was this car parked right outside the shop. I thought to myself, "How are they gonna get this thing out?" 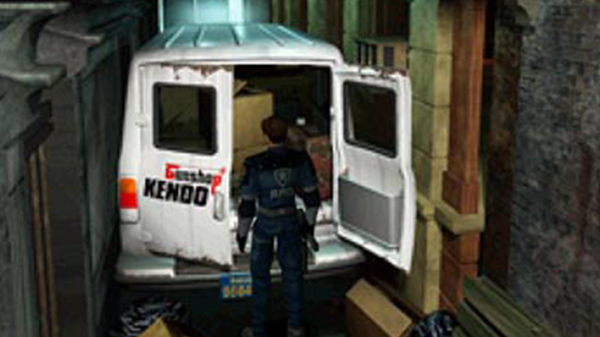 There's a car parked out back, too. Good luck driving that out of there...

The owner of Gun Shop Kendo, Robert Kendo, is seen in both the RE2 Original game and in the RE2 Remake, and his story's a real tragic one.
(Want more Kendo? Check out his "what-if" story in The Ghost Survivors DLC!) 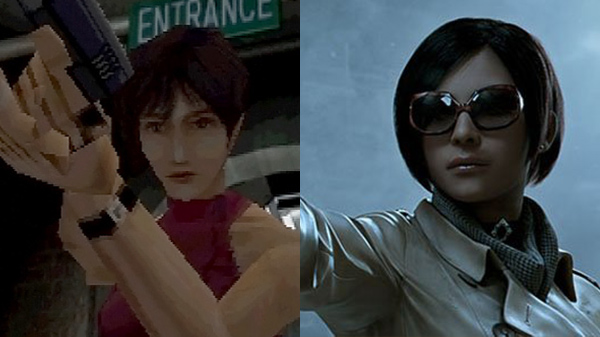 When it comes to Ada in the remake, the biggest difference has got to be her look. With a trench coat and sunglasses, she's really leaning hard into the whole spy thing. (She's so cool...)

Halfway through the remake, we see Ada in a red dress similar to her classic one. As for her trench coat, well...do you guys know what happens to it? I had to play the game again to refresh my memory. 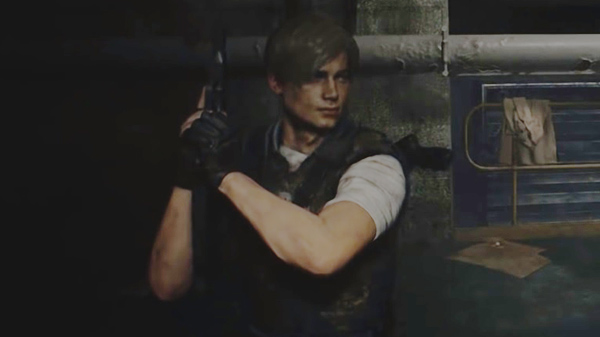 Aren't you a little curious, Leon? I mean, maybe now's not the best time...

And last but not least, the remake Ada's got a new toy: her EMF Visualizer. 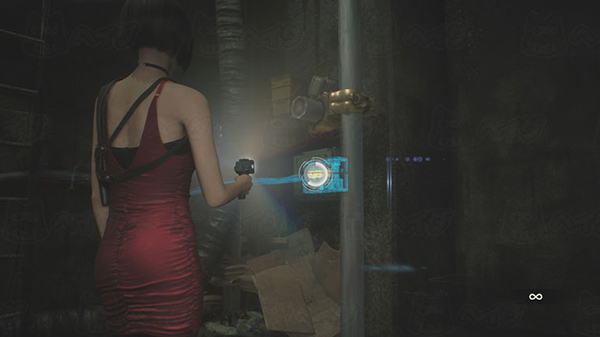 "A device capable of detecting and projecting EM fields onto walls in real time, it can also be used to remotely control some electronics." Not really sure what all that means, but it sounds high-tech! 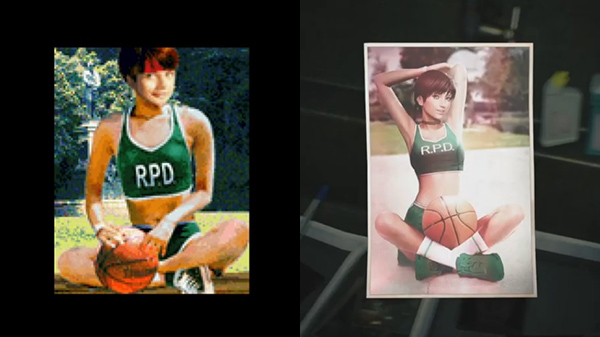 When I got to the S.T.A.R.S. office in RE2 Remake, I knew I had to get my hands on the photo of Rebecca!
However, you get the photo in a different way now, so I ended up searching here, there, and everywhere for it!

In the RE2 Original, you had to search the desk in the S.T.A.R.S. office fifty times;
I bet when a lot of people played the remake, they stood in front of the desk and mashed the "examine" button! 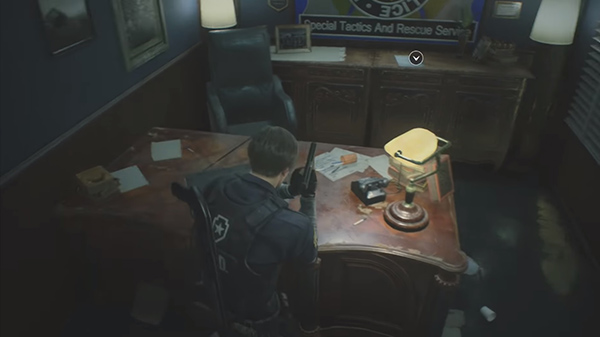 And there you have it: some of the biggest differences I noticed between the RE2 Original and Remake!
Of course, the remake is more than just a rehash of the original—you don't need to have played the first one to enjoy it. Still it's fun to see what changed.
What other differences jumped out at you guys? Let everyone know on social media with the #REBHFun hashtag!
See you in the next UNDER THE UMBRELLA article!