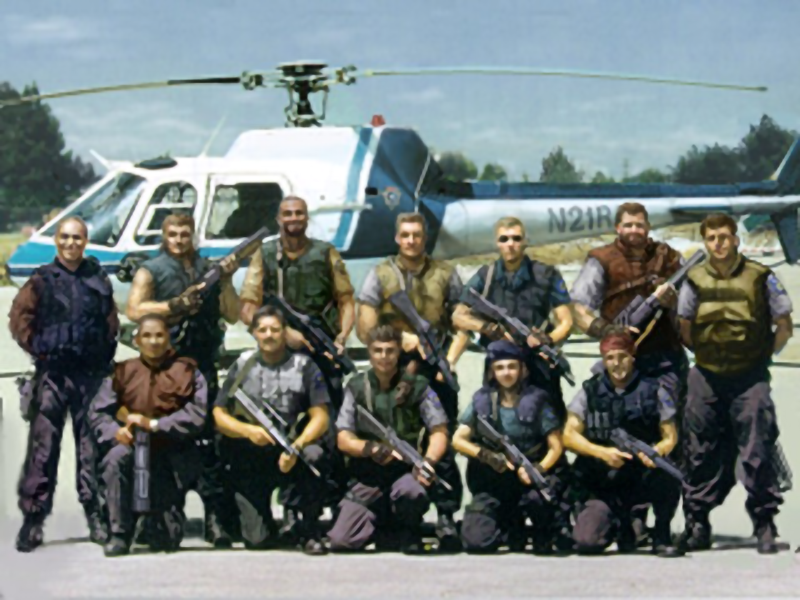 Welcome back to another UNDER THE UMBRELLA, where we share our favorite memories and ideas about Resident Evil!

This week’s theme is “S.T.A.R.S., Now and Forever”. This has actually been on my mind for a while, ever since I played through the opening of Resident Evil 3. While the first-person perspective threw me for a loop at the beginning, I really enjoyed all the little touches and references to S.T.A.R.S. around Jill’s apartment. 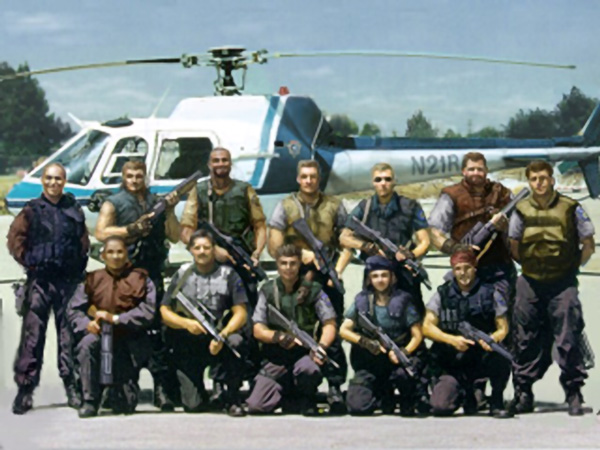 One of the first things that caught my eye was this picture, pinned to the poster board in Jill’s room. Have you seen this picture of the whole S.T.A.R.S. crew before? It’s a pretty precious memory, not just to me, but to the S.T.A.R.S. members themselves. Did you know, even Wesker kept a copy of it on his desk in Resident Evil 2.

When I finally got a good look at it, my first impressions were:
・Chris and Jill are next to each other! How sweet!
・Wesker has on his shades. How in-character!
・I mistook and Aiken for Brad for a second, it was the vest. How embarrassing! 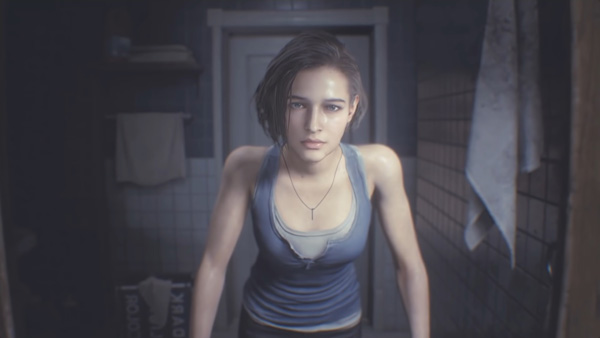 Then the bathroom scene. Jill looks amazing here, you can even see little details, like how tired she looks from the lack of sleep. It’s a little neurotic of me, but the running faucet was driving me crazy until I could turn it off. 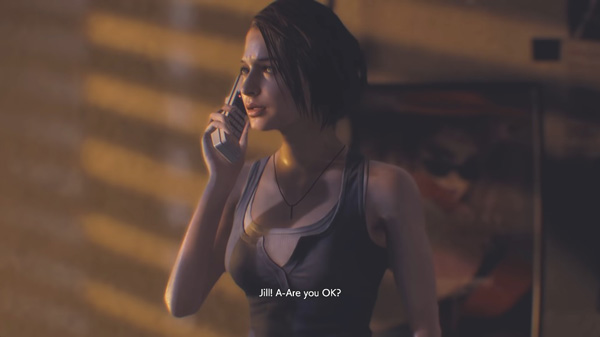 Then Brad calls Jill to warn her about the coming danger. A good example of the S.T.A.R.S. team looking out for each other.

Random thought here too, Brad calls her on a landline…they’re not very common at all here in Japan any more. I wonder how many teens playing this have ever used one? 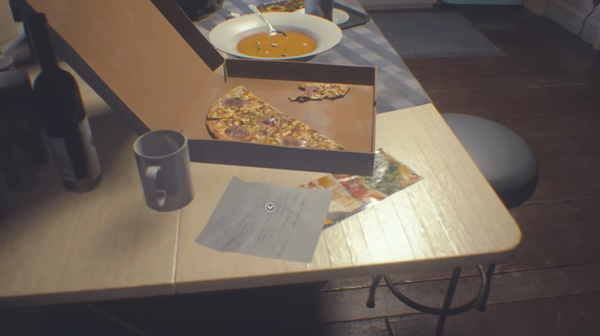 If you needed another example of S.T.A.R.S. looking out for one another, look no further than Jill’s kitchen. The other members, worried about Jill, sent her a pizza!

Speaking only for myself, I don’t think I could handle an entire extra-large meat supreme all alone, but then I’m not an elite police force specialist. As one user pointed out on #REBHFun, any pizza can be a personal pan if you're dedicated enough.

Pizza aside, I thought Brad’s note, “S.T.A.R.S Alpha Team, now and forever,” was very touching. I like this rendition of Brad a lot more than previous versions. 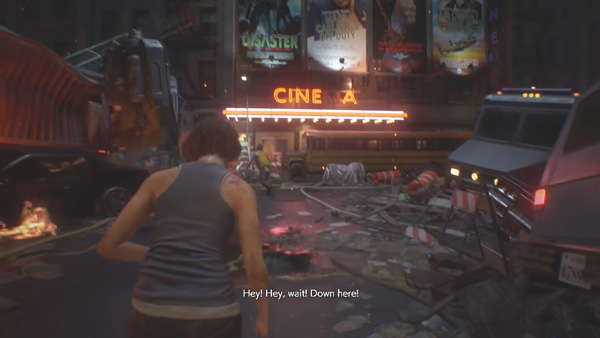 I didn’t catch it on my first playthrough, but this scene really hit me later on. As Jill and Brad are escaping from town, a helicopter passes over. Brad tries to flag it down for a rescue, but is ignored.
Pure irony! I wonder what was going through Brad’s head right then? 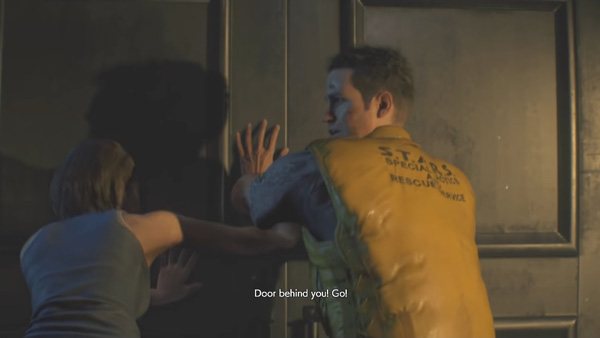 After the pizzas, warning call, and friendliness, I’d gotten really attached to Brad by this point. I was thinking, maybe they could escape together! Was he always this cool? 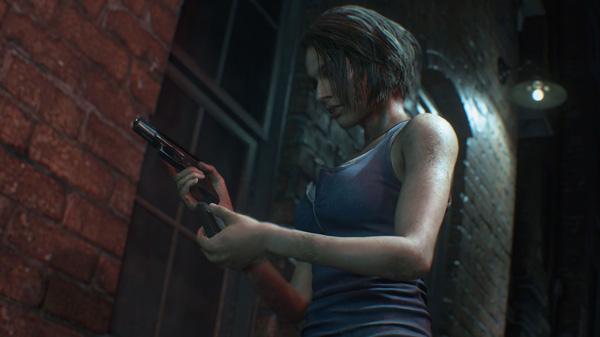 Of course, we know how things turned out. Here’s Jill, without Brad, but with a handgun. This is where her Escape really begins! Sorry Brad, you made a great impression, but Jill is the epitome of cool. 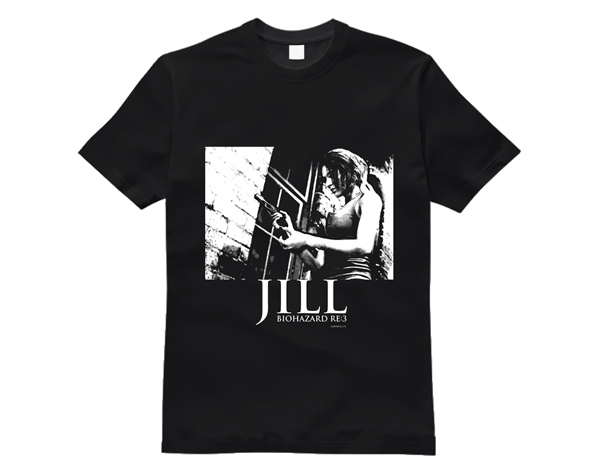 So cool in fact, the crew at the Capcom store made a T-shirt of this very scene. Just putting it on, you’ll want to yell out, “S.T.A.R.S. NOW AND FOREVER!”

Note, depending on where you are, we can’t actually recommend yelling things abruptly. Your mileage may vary.

So, what do you think? Did you know about the history of S.T.A.R.S.? Did Brad make up for the helicopter incident? Is an extra-large pizza too much for one person? Looking forward to all your thoughts and opinions over on #REBHFun!