Umbrella was founded in 1968 by Ozwell E. Spencer. Ostensibly manufacturing pharmaceuticals under the corporate slogan "Preserving the health of the people," behind the scenes Umbrella was also a merchant of death and had developed a variety of viral weapons based on their research into the Progenitor virus. The truth behind Umbrella was brought to light following the destruction of Raccoon City in 1998. Chris and Jill's intervention in the Russian Caucasus laboratory's T-A.L.O.S. project, a desperate attempt to avoid Umbrella's impending collapse, together with an endless flurry of lawsuits all but sealed Umbrella's fate. Nevertheless, the horrific results of Umbrella's research continued to be felt across the world.

Although Umbrella is a world-class pharmaceutical company with branches in multiple locations, many may not be familiar with the Japanese branch, which was first described in a document published on the BSAA page of the official Resident Evil 5 site. An excerpt can be found below.

Founded in 1984 to represent Umbrella in Japan, the company imported and sold U.S.-developed pharmaceuticals, and it established the Umbrella Japan Laboratory in 1987 in order to research and develop biotechnology products.

Umbrella's stock plummeted following the tragedy in Raccoon City, and sales have slumped in recent years due in no small part to poor consumer confidence. Umbrella itself has been forced to declare bankruptcy after losing every single case brought to court over the Raccoon tragedy. Companies from every sector, not to mention those in the pharmaceutical industry, have shown no interest in working with Umbrella Japan, and so it has ordered its own dissolution.

Excerpt from a morning newspaper article published on March 15, 2004. 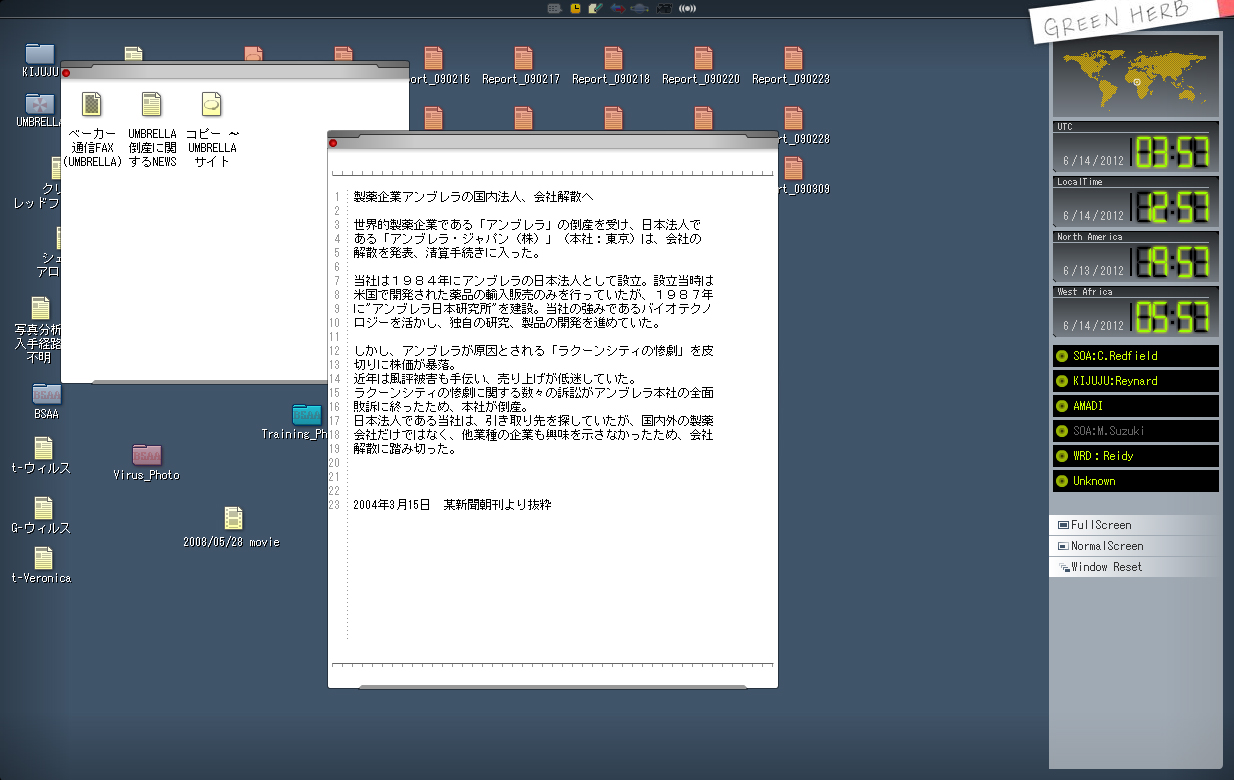