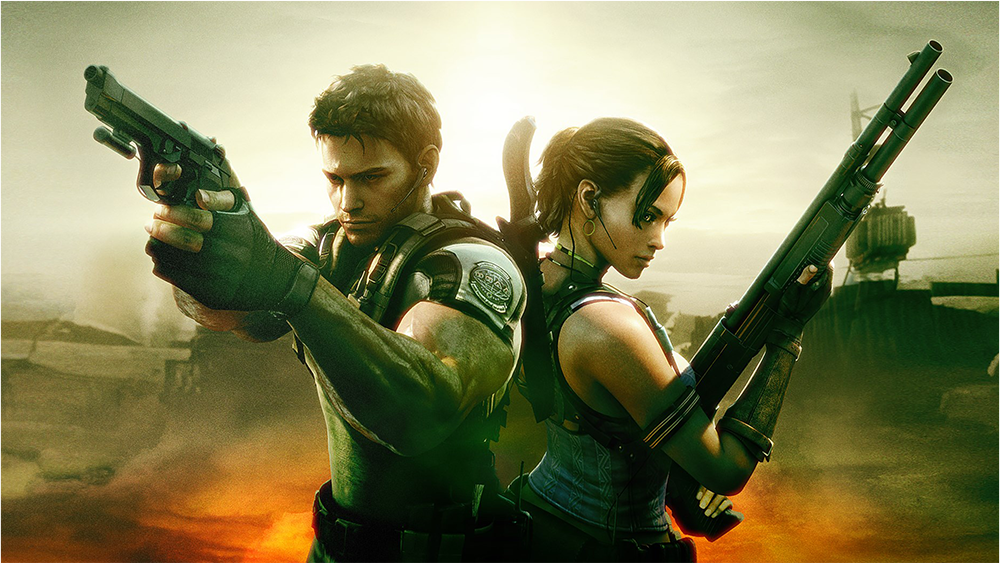 Resident Evil screams horror, and as a result some players scream at the thought of stepping into that world alone.
Truth be told, I was once one of those players. (Now I run into that world with open arms!)
But fret not, fellow fearful folk! Just find yourself a partner! 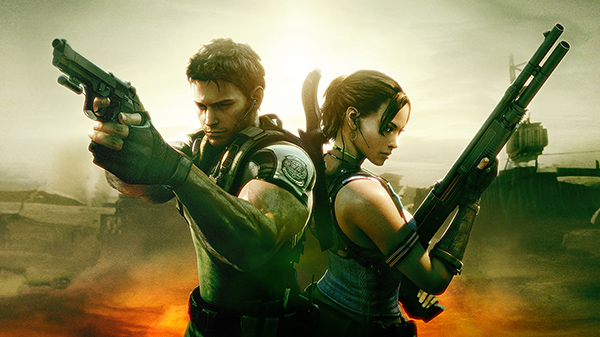 Double the players for double the fun!

In Resident Evil 5, what stood out to me most was the monstrous goliath you face very early on in the game: the Executioner Majini.
One clean slice from his gigantic axe could turn Chris or Sheva into prime cuts of BSAA meat.
And boy was the big guy relentless! He'd chase you everywhere―even up stairs! The first time I fought him, I could barely hold on to my controller. 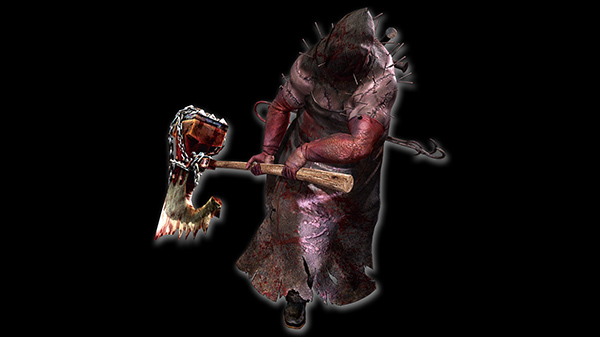 The Executioner Majini. Powerful from the front; weak from behind.

Get too distracted by the other Majini and the Executioner Majini will come up and cleave you!

Fortunately, one player can lure the behemoth toward them, while the other attacks him from behind! Two heads are better than one seriously ugly one, right?
Hm?  What about the murderous Majini horde? Just stand back-to-back with your trusty partner to cover each other's sixes! Co-op for the win!

In Resident Evil: Revelations and its sequel, one mode that's easy to get sucked into is Raid Mode. It's a super-tough challenge where you take out creature after creature as you fight to survive.
And just to spice things up a bit, there are additional extra-hard challenges you can take on. Highlights include: completing a stage without taking damage (No Damage Bonus) in Revelations; and finishing a stage without using any herbs (No Herb Medallion) in Revelations 2. These are tough to pull off on your own.
You soon realize that fact when you're surrounded by Hunters with only a pistol and your prayers. I can't tell you how many times those reptile freaks have turned me into mincemeat! In Resident Evil: Revelations, players have to contend with the Scagdead and Rachel in her Ooze form. The Scagdead looks sluggish, but it's actually quite fast and can insta-kill you. Rachael Ooze is also quick on her feat and a bit of a bullet sponge. 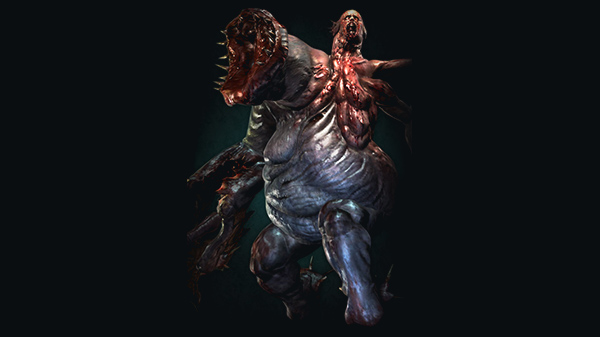 The Scagdead. A lot faster than it looks. Take it out before it gets too close for comfort! 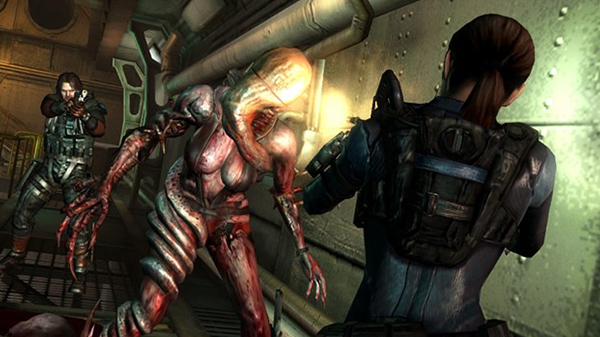 Taking down these creatures is a lot easier when you've got a partner to create a diversion while you go in and strike!
Fear turns to fun as you both pump nasties full of lead! When you complete stages, you get rewarded random weapons and custom parts, so I loved getting competitive with my friend. "Hah! Look at these parts I got...! Wait, you got a rare weapon?! AGAIN?!" The game seemed to like my friend more than me... Even so, we had a blast working together in Raid Mode for better parts and weapons. You should try it, if you haven't already!

Those are some of my fondest memories with online co-op in the Resident Evil series!
As we're spending more time at home right now, why not play some Resident Evil online with friends?
Even if you scare easily, there's nothing to fear when you've got a buddy with you!
Use the #REBHFun hashtag on social media to tell us about your online experiences!