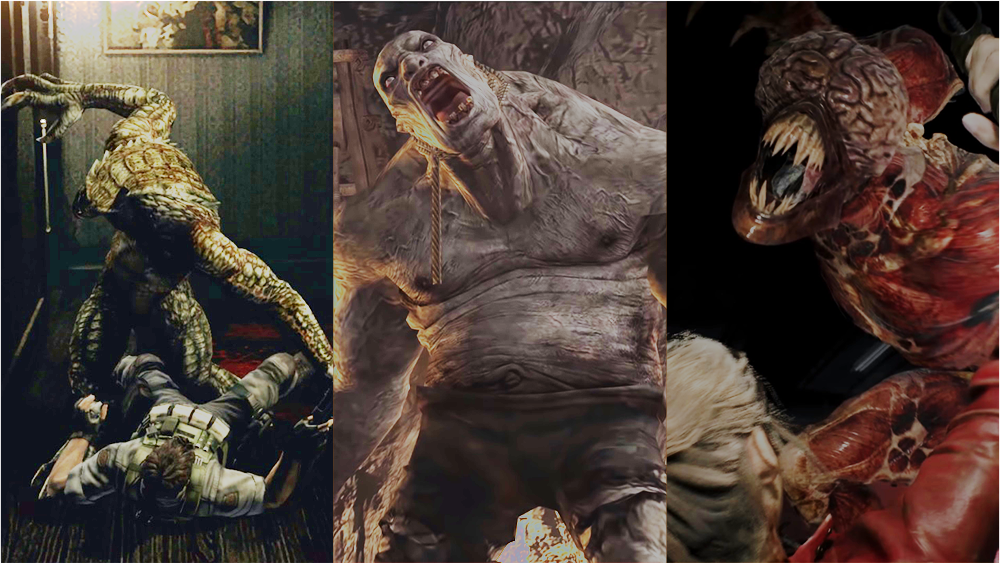 Every time a new Resident Evil game comes out, we look forward to all the new changes and updates to our favorite series.
New characters, new stories, new designs, and (one of the most exciting for me) new creatures!

For this UNDER THE UMBRELLA, I'd like to give you my top three Resident Evil creatures! Be sure to let us know if you agree, and more importantly, what your top creatures are on #REBHFun ! 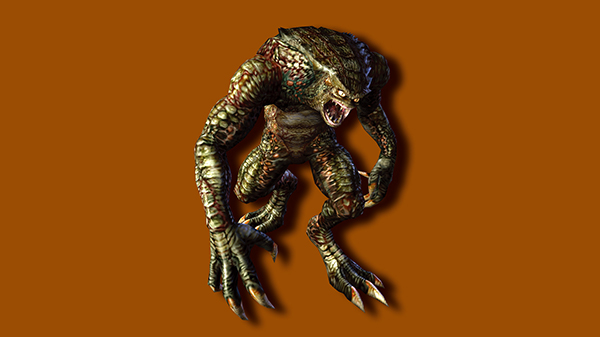 One of the first greatest (IMHO) intros in the series! The Hunter!
There are many variations of Hunter, but I'm talking about the original, scaly menace from the first Resident Evil.
A human-lizard hybrid that you first see rushing through the mansion in first-person, like something out of a bad dream.
They have incredible jumping power, deadly claws, and are far tougher than any zombie you've faced so far. Their appearance kicks the game into a whole new level of terror.
Who can forget the first time you found yourself in a hallway facing one down?

Hunter's view, showing it plowing through doors and coming at the player. When I thought of this topic, the Hunter was instantly my first pick. That said, a close second was... 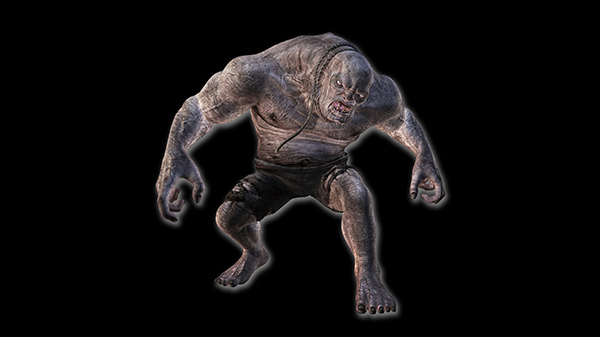 There is no shortage of giant creatures in Resident Evil games, but El Gigante in a class of his own! The first giant humanoid, able to stomp and chase you around the arena while soaking up insane amounts of damage - it was a truly epic fight.

I remember completely running out of ammo when facing him, and somehow barely pulling through. I couldn't imagine it without the help of the dog you rescue.

You...you did rescue the dog, didn't you? 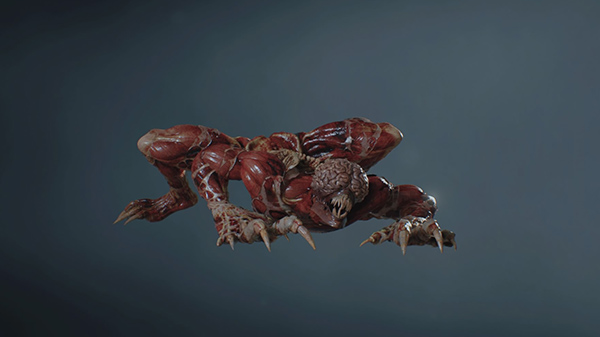 While the Hunter was my first pic, I saved the best for last. The exposed brain, the skittering attacks from multiple angles, those deadly claws and ropy tongue. The king of my creature list is without a doubt, the Licker!

Completely blind, they hunt their prey by sound, forcing the player to change tactics to avoid their fast, vicious attacks. Who doesn't remember trying to tiptoe your way around a Licker? Agonizingly slow, watching them perched on a wall or ceiling, tense and ready to shoot/run at the slightest hint of detection! Horror gaming at its finest!

By the way, did you know that lickers are zombified humans mutated with the t-virus? Yeesh, you'd think being zombified would be bad enough!

There are so many amazing, interesting, and terrifying creatures in the Resident Evil series, the hardest part of making this list was keeping it to only three. Tyrant, Nemesis, G, forgive me!

Still, I'm happy with my list, as these are easily some of the most memorable encounters in the games. But we'd like to hear yours! Please tell us if you agree/disagree with my choices and especially what your favorites are on #REBHFun !

See you in the next UNDER THE UMBRELLA!