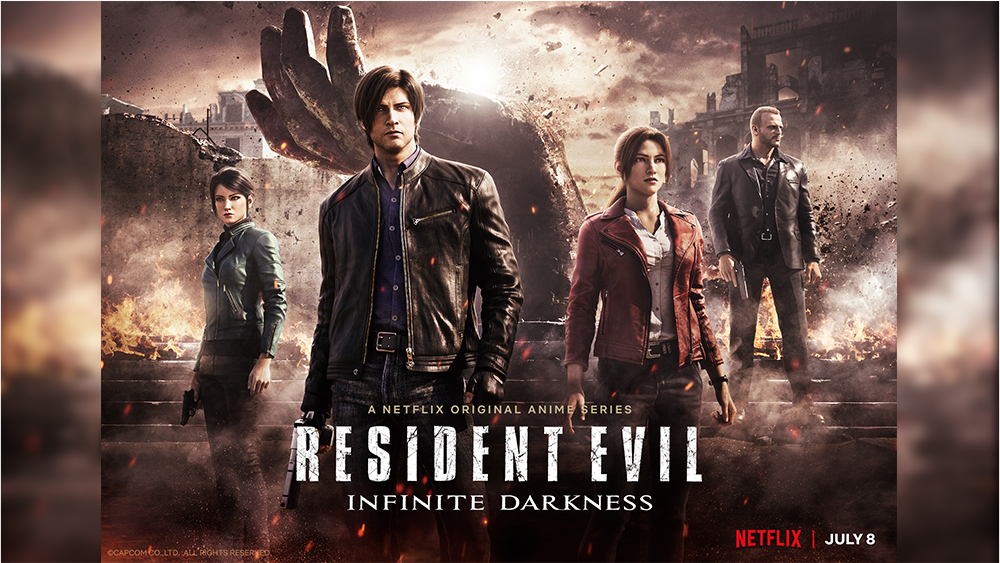 "Resident Evil: Infinite Darkness", the game series' first foray into episodic CG-animation, premiered on Netflix on July 8th.
Have you all watched it yet? Whether you have or just haven't got round to it yet, you'll want to catch our interview with the amazing Executive Producer Hiroyuki Kobayashi!
He gave us exclusive insights into the production of Infinite Darkness, 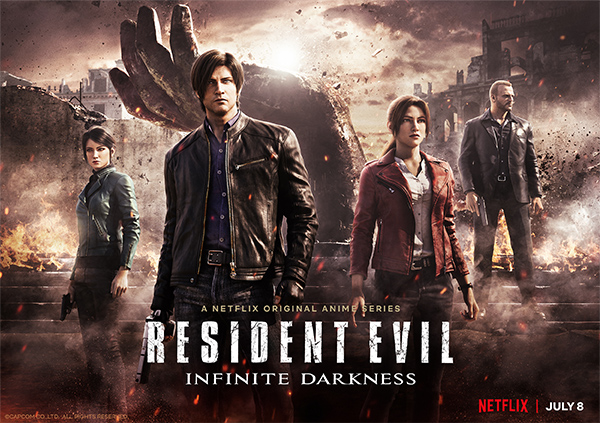 so let's get down to it!

──── How did you come to create Infinite Darkness?

Hiroyuki I'd already made three CG movies [Resident Evil: Degeneration, Resident Evil: Damnation, and Resident Evil: Vendetta], but I first revealed I wanted to expand the scope beyond movies to RE: Vendetta's producer, which culminated in us deciding to work with Netflix. The idea of having the series premiere on such a large global platform really made it an exciting endeavor for us.

──── Could you tell us about any issues you encountered while working on the project?

Hiroyuki While scriptwriting, I had to be extra conscious of the fact that this was a TV series, so each episode has to have an ending that makes the viewer want to tune in to the next one. We made it so each episode can be identified instantly by its settings, be it The White House, a submarine, China, or a lab. During the process, we moved scenes around to try to achieve the most dramatic endings, differentiating it structurally from a standard movie. ──── Right, so TV dramas need a story and pacing that maintains viewer curiosity from episode to episode. In terms of setting, Infinite Darkness is somewhere between Resident Evil 4 and 5. What made you choose this period?

Hiroyuki Before we even had a director on board, we wanted to have Leon appear alongside a female character, who we eventually decided should be Claire. We needed a period in the Resident Evil timeline when Claire and Leon could work together front and center without interfering with established lore. During talks with the director, we determined that Leon should appear some time between his time as a rookie cop in 1998 and his traumatized state in 2014 during RE: Vendetta. We eventually decided to go with 2006, two years after he rescued Ashley as an agent―a period well-known by fans. So that's how we ended up with Claire, Leon, and the 2006 White House incident. It takes place shortly before Jill and Chris raid the Spencer Estate, and hasn't been depicted in the games yet. 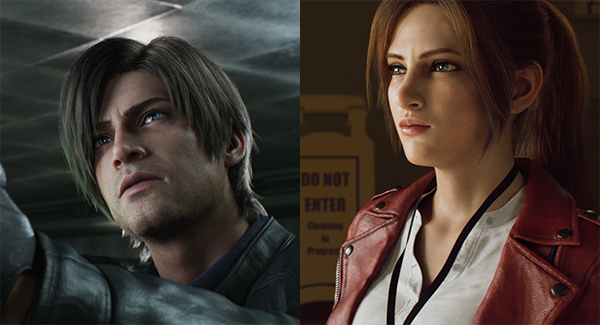 ──── Interesting. So you decided on the characters first, then chose a time period that wouldn't create conflicts in continuity. Ashley's father, President Graham, appears in Infinite Darkness. How did that come about?

Hiroyuki Well, if we were going to use the 2006 White House incident, then he had to appear! After consulting with the development team, we characterized him as a president with a strong sense of justice, which I think RE4 fans will enjoy. There's even a scene where he delivers a speech, which is something that's never happened in a Resident Evil game, giving it the feel of an American drama series. ──── Did you have to make any disappointing cuts or changes?

Hiroyuki When working out the Penamstan plot, we did think about including characters other than Leon and Claire, at one point even considering bringing Billy in from Resident Evil 0, but he just didn't fit the setting. Sorry, Billy fans! 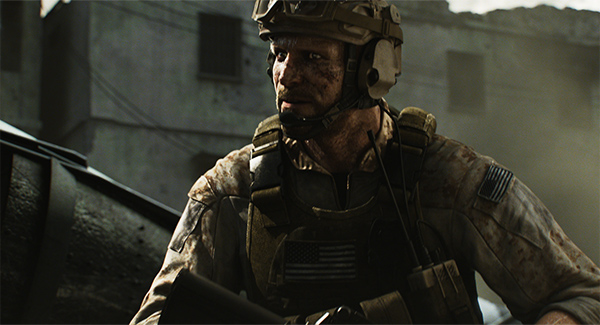 ──── So ex-military Billy would have been on the battlefield in Penamstan... It's a shame he didn't make the cut, but it's really nice to hear his name getting a mention!
With drama and suspense at the forefront of the animated series, what inspired the story?

Hiroyuki When making RE: Vendetta, we returned to our horror roots for the first half, then shifted the focus to action for the latter half, to engage fans who appreciate the game series in different ways. Not wanting to completely retread old ground, we decided to embrace the suspense genre, which lead us to Director Eiichiro Hasumi, who is well established in that field.
Naturally the series contains elements of action and horror, but we wanted to draw people to dialogue that hadn't appeared in games. This is the first time that we get to hear Leon talk about his experience in Raccoon City, which I know people will love to hear.

──── Fans won't want to miss out on that! Is there anything else you're excited for everyone to see?

Hiroyuki One highlight for sure is when Leon and Claire unexpectedly reunite at the White House. There actually aren't many scenes where they work together, but the ones where they do are a must-see. The fact they go about their work separately but ultimately end up in the same place is reminiscent of the games. 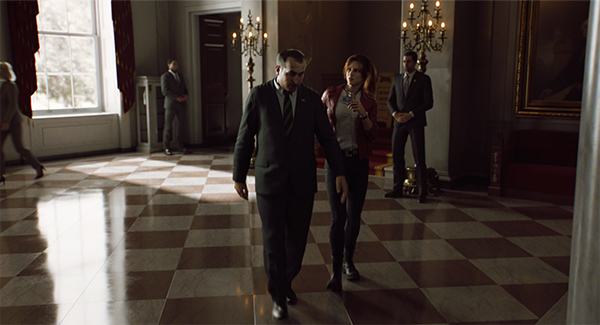 ──── What separates this animated series from previous works?

Hiroyuki Even though I've made the three CG movies in the past, the idea of a TV series intimidated me a lot when I discussed it with Eiichiro. However, when we spoke about the unique setting of Resident Evil, he was more than eager to make it work. As a live-action director, he only puts the "camera" in places where it would be possible to set a camera in reality. CG produces clear imagery, but live-action film can't necessarily do that all the time, so we purposefully adjusted the animation to more accurately reflect how a real camera would record things. This is how we were able to create a very realistic Resident Evil CG animation. If you've already watched the show, try watching it again with this in mind, and you'll get a different experience.

──── Is there anything else you'd like to say to the folks reading this?

Hiroyuki Infinite Darkness is being streamed worldwide, so be sure to check it out! If the animated series makes you want to see more of Leon after the events of Infinite Darkness, check out Resident Evil 6 and Resident Evil: Vendetta; if you're looking for more Claire, she appears in Resident Evil: Revelations 2. Of course, if you'd like to revisit their pasts, they appear together in the original Resident Evil 2 and its remake. I'd love it if the series inspired people to experience other Resident Evil works!
Infinite Darkness consists of four 25 minute episodes, which is about the length of a film. Netflix has a convenient feature to skip openings, but each opening differs from episode to episode, so I hope you won't skip them! [Laughs]

──── Thank you so much for speaking to us, Hiroyuki!
Okay, everyone. Your mission is clear: Go check out Resident Evil: Infinite Darkness on Netflix!