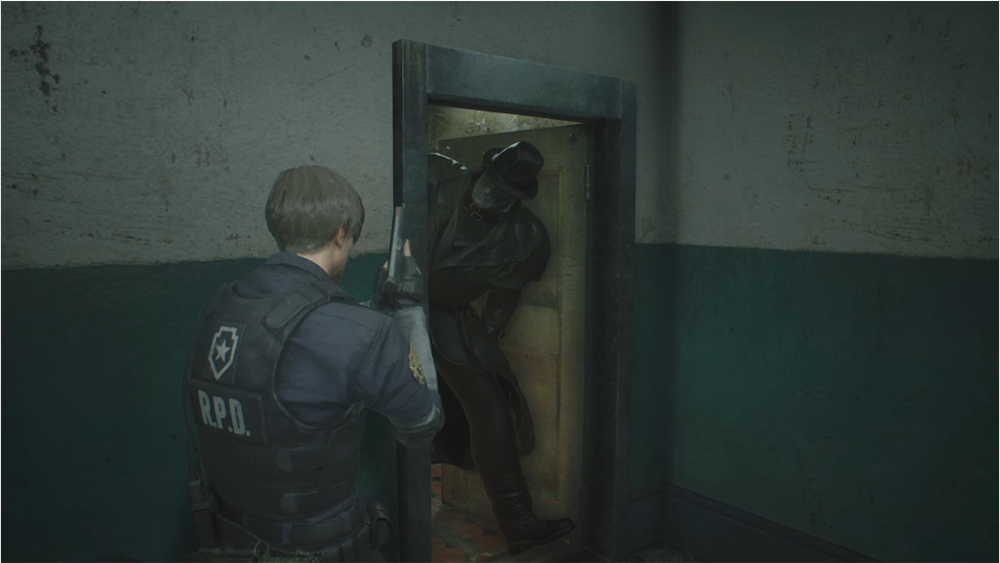 Please check out my top five below, and then share yours on #REBHFun!!

This is a personal bad habit, I always keep too many items in my inventory! Even when I'm on my fifth playthrough, and I know I won't need a certain key item for ages, it's still always somehow in my inventory when I need an extra space.

Of course, it's all intentional. The management of scarce resources is an extremely important aspect of the horror of Resident Evil, designed to keep you on a knife's edge throughout the game. Having to choose between those last few rounds or that last herb is an excruciating choice. I love it.

But, I reorganized everything!

#2 The Weapon Case in the Hospital Courtyard!

Sure this one is only in the Resident Evil 3 remake, but it still gets me nearly every time! When you play through the hospital as Carlos, you come across a weapon's case. However, it's agonizingly placed in a very visible, very inaccessible area - taunting me from behind a glass window in a courtyard. And no matter how hard you search, there's no way to get to it.
Eventually, I give up and go on to the next level, and of course, promptly forgot about it. Then I finish the game and say, "Oh crap, the case!"
Of course, I did eventually get to the case and find out what's inside. But I still constantly repeat this pattern on later runs.

When you walk into a room that's full of weapons, ammo, and herbs - and feel an immediate sense of dread.
You should be happy, it's all the things you need to survive! But you're not, instead, these presents fill you with fear. Because more than likely, a big bad boss battle is coming, and the game is just getting you ready for it. It's something of a meme around Resident Evil, but there is definite truth to it!

The only thing worse than when the game punishes you is when it's nice to you.

In Resident Evil 2, as you explore around the darkened and mysterious RPD, you are hunted relentlessly by the Tyrant. Shooting him only slows him down, so it's better to conserve ammo and just run. That said, sometimes, my emotions get the better of me, and I want to turn and fight instead of run. Which usually leads to a quick death.

So instead I get my petty revenge by playing peekaboo with the Tyrant. Attacking him while near a safe room, then ducking back inside before he can counter. Fair? Nope. Cathartic? Oh yeah.

Though sometimes honestly, I feel a little bad for the big guy.

Who's this brave soul Mike? Will he crash? Will he make it?!?

So that's my top five habits, both from me as a player and from the game itself! There's no doubt a ton more though, please share yours with us at #REBHFun!

Looking forward to seeing you with the next UNDER THE UMBRELLA!