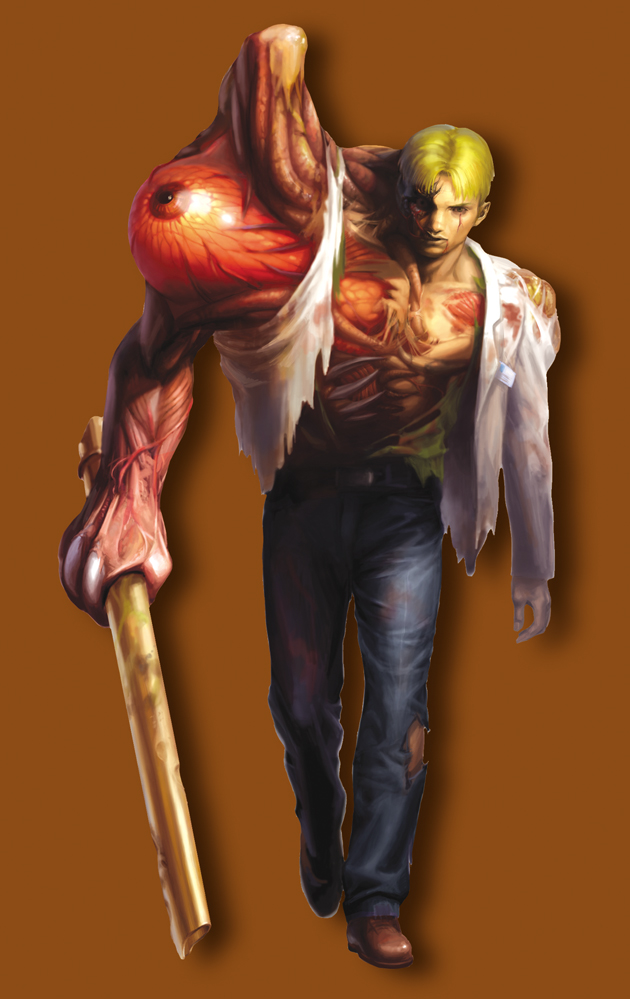 Description:
Unlike the T-Virus which cannot transmit its genes to successive generations, the insidious G-Virus alters the genetic information of infected hosts, allowing it to propagate to the host's descendants. William Birkin injected himself with the G-Virus, his own creation, and mutated into the monster known as G. Ultimately, he lost all sense of reason and set out on a brutal rampage. Having already endowed him with incredible vitality and tenacity, the G-cells continued to mutate and corrupt his flesh.

Notes:
While it is far from uncommon for the final enemy in a game to have multiple forms, a boss with five forms is very unusual, and G may be unique in how it appears midway through the game and continues to change thereafter. As the father of Sherry, the plot surrounding William has also helped cement G's place as one of the most memorable final bosses in the series. Although G is destroyed after the fifth mutation, there may well have been a sixth or even seventh stage had the G-cells progressed further. Should the G-Virus ever return to the series, we may well be able to witness these and further mutations.