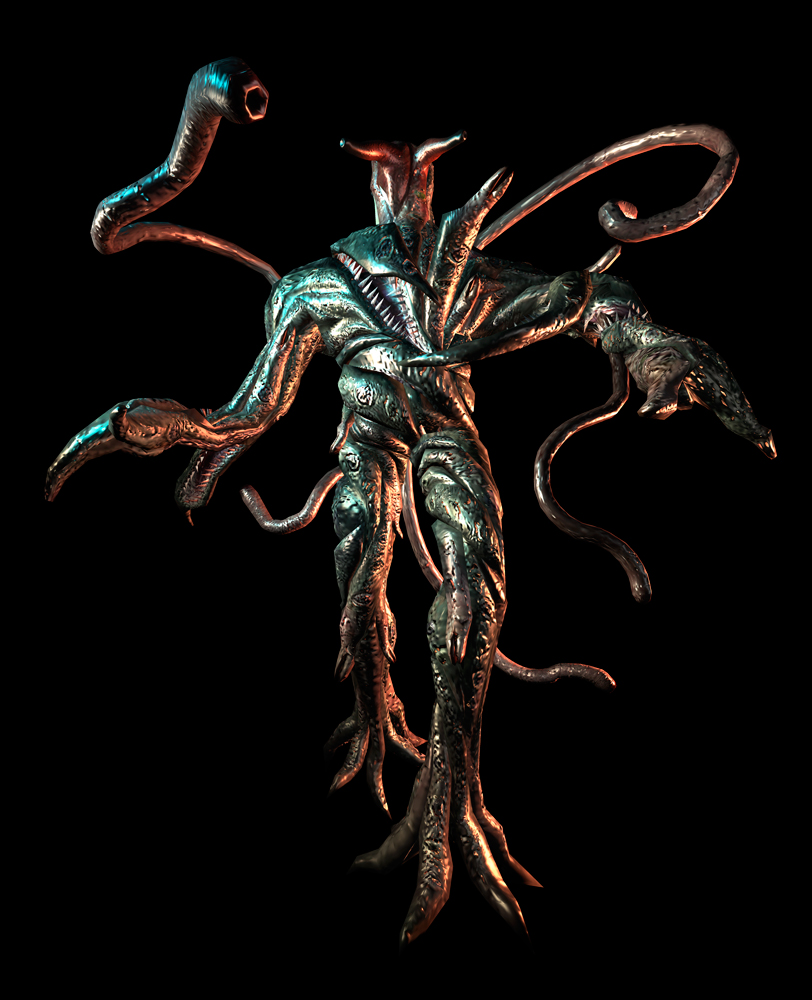 Description:
As its name suggests, the Queen Leech is the controlling force behind the other mutated leeches. While it usually mimics a youthful Professor Marcus, it can transform into the so-called first form Queen Leech at will. It possesses extraordinarily high intelligence—the result of taking over the corpse of the murdered Professor Marcus and assimilating his DNA over the course of ten years. It came to be known as the Queen Leech for the sake of convenience—leeches are actually hermaphroditic.

Notes:
As the final boss of RE0, the Queen Leech is finished off by a combination of sunlight from the opened roof and a single magnum bullet fired by Billy. It is widely believed that most of the final bosses in the series are defeated with a rocket launcher, but this isn't strictly true, as only the bosses of RE1, RE4, and RE5 meet their doom this way. It isn't absolutely necessary to use the rocket launcher in RE4, and, although it's conceptually similar, Code Veronica's boss is actually defeated with the Linear Launcher. The myth is perpetuated presumably due to the influence of RE1.