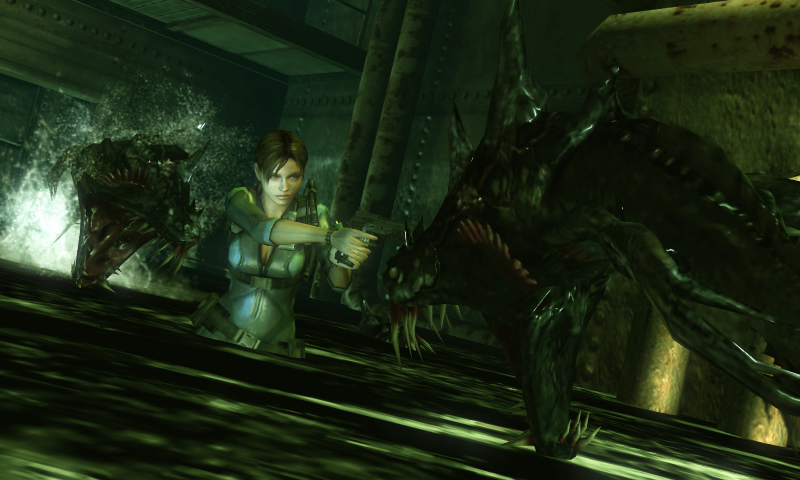 Description:
Ghiozzo are fish that have mutated into ferocious carnivorous beasts due to T-Abyss contagion. They resemble the deep-sea fish that were discovered to be vectors of the Abyss Virus, a precursor to the T-Abyss Virus. The effects of the virus include a significantly increased appetite, sharp fangs, and a powerful jaw which allows them to chew their way through practically anything. While movies may have popularized the fictional image of a piranha attack, a school of Ghiozzo can annihilate a large mammal in a matter of seconds, bones and all.

Notes:
As a fish-type creature, Ghiozzo spend most of their time in the water—but that doesn't mean you're safe on dry land. They are able to leap out and repeatedly gnash at targets next to the water's edge and can also wriggle around while out of the water and snap at anything that moves within range (while it may look like they are struggling, anything foolish enough to approach one will be in for a nasty surprise). The most effective way to deal with Ghiozzo is either to let them writhe out of your way without getting close, or to shoot them from a distance.