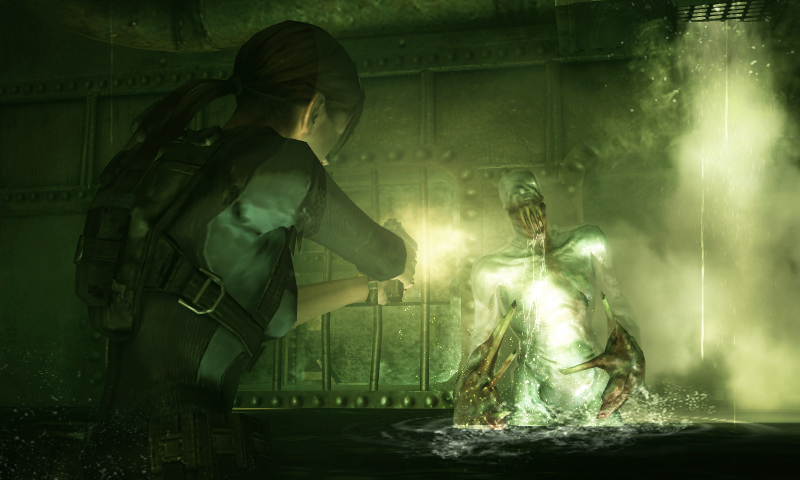 Description:
These monstrous creatures are what result when humans are infected with the T-Abyss Virus. By adhering to the cellular membrane, the virus causes cells to absorb an excessive amount of water, and as the osmotic pressure increases, the cells swell and eventually burst open creating the Ooze's characteristic melted appearance. After the process instigated by the virus has been repeated throughout the whole body, the host is left with partially liquefied flesh and a white bloated body similar to that of a drowned corpse. As the T-Abyss Virus multiplies, it drives its host in search of nutrition and hydration—it is because of this impulse that Ooze suck the fluids from their prey.

Notes:
If there is one creature that symbolizes Revelations, it would be the Ooze, with its white, gelatinous skin evoking the disturbing imagery of drowned bodies. There are four general kinds of Ooze that appear in-game: the regular Ooze as shown here, those that fire bones due to a mutation in one arm (their other arm is almost entirely missing), those with scythe-like arms and a more powerful attack, and those with no head or arms that can self-destruct. Smart players will want to keep their distance from the latter.