U-8 (Evolved Plaga)
Next
Prev 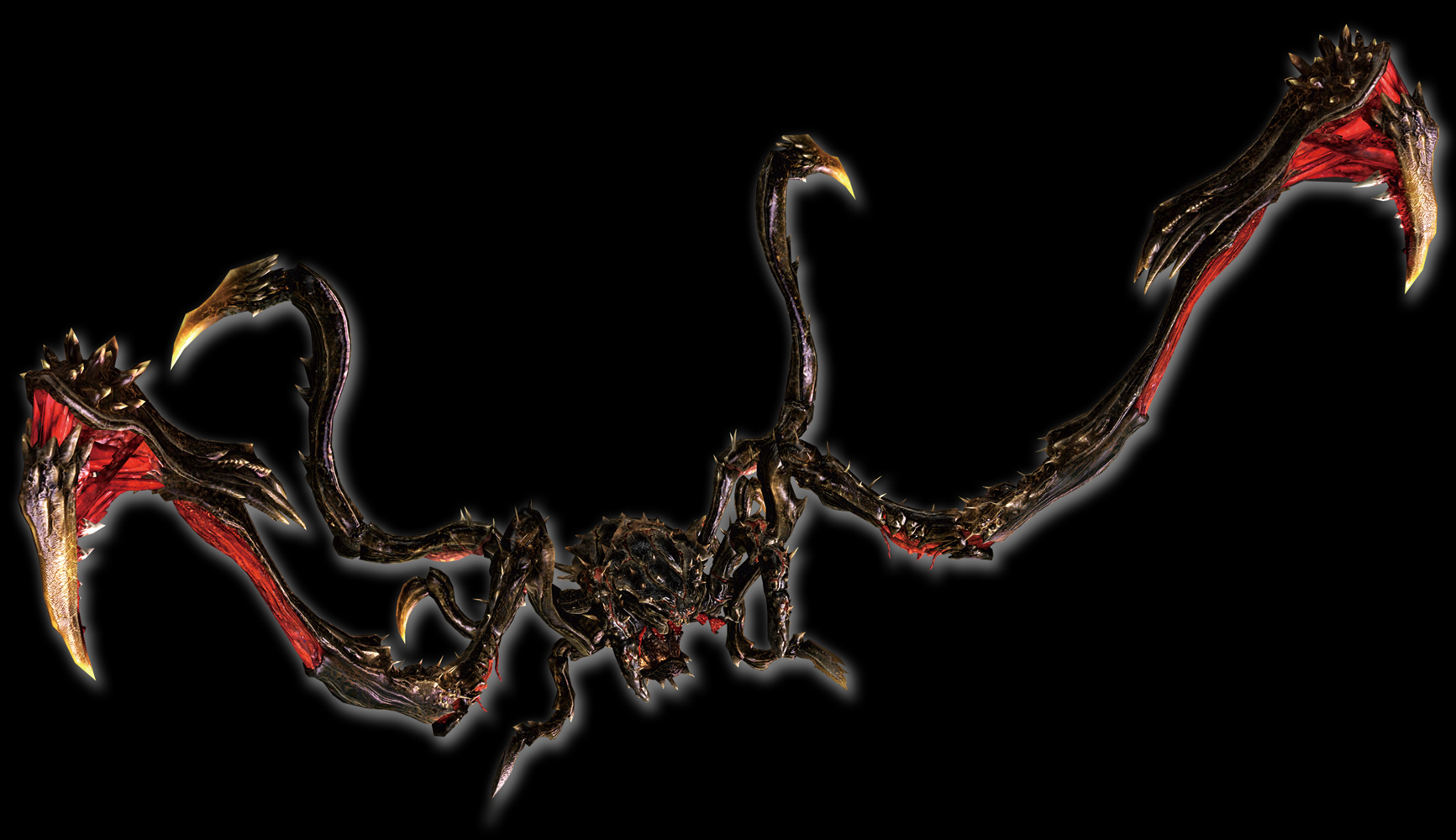 Description:
One of the B.O.W.s created by the Plaga weapon development project. It features a massive armored carapace some tens of meters long, essentially a weapon in and of itself, and three-meter long claws, which it uses in close combat to devastating effect. The ventral area, in nature used for incubation, houses aerial B.O.W. drones. While these are understandably often mistaken for a larval form of the U-8, they are actually a completely separate B.O.W. species.

Notes:
Much like the previously introduced Stinger, and in what seems to be the fate of all armored B.O.W.s, the U-8 also suffers from a weak point in its carapace. According to an in-game file, an improved version of the U-8 with a fully formed carapace known as the U-8 Prime was also produced, but it fails to make an appearance in the game itself. During development yet another version of the U-8 known as the U-8 Turbo was planned. This version would forgo armor altogether in favor of speed, but ultimately it was never even mentioned in the game, not even in the game files.