Umbrella Corps features a small number of players and tight maps, which means that every single player can affect the outcome of any given match.
For those of you having trouble raising your wins, we've prepared a list of tips and strategies for each map to help you get started.
The information inside can be a little dense at times, but if you keep reading you'll definitely notice a payoff next time you join a match.

Compared to other shooters, Umbrella Corps has a lot of equipment that can be used even if you aren't particularly adept with it yet, this is because we wanted people to be able to enjoy the in-game strategies regardless of their technical abilities, and it's these strategies we'll be going over.

The start positions are always fixed.

Does it ever feel like the first skirmishes always start here?
Players tend to want to rush straight into combat as it can be easier then trying to get behind the opposing team.
The Mansion has pretty obvious attack patterns, so we'll be going over what happens right after the match starts.
The following paragraphs assume One Life mode.

2. This is where you'll usually first encounter opponents 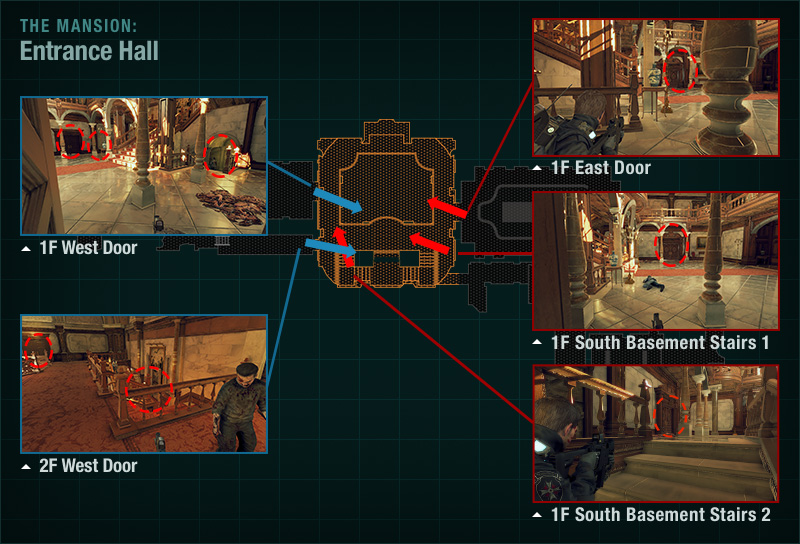 When fighting in the entrance hall players only have a limited number of entrance points.
To keep things simple we use West to refer to the left side of the map, East to the right, and North and South for the top and bottom respectively.
Common entrance points and the direction of attack are shown in blue for players from the West, and red for the East.
These positions are marked in the screenshots with a dashed red line.

3. Why rear attacks are tricky

Your chances of getting the upper hand are pretty low when you are attacked from behind.
On this particular map the only way you can get behind the enemy is through the entrance hall, which in turn means it's important to not let anyone get past.
There are two entrances on the West side, and 3 on the East.
With just the above information it comes clear why so many battles are decided in the hall.

We'll now go over the strategies for West and East starts.

As you can see from the image, there are more than two locations you need to watch for enemies, which hurts your concentration.
You're an easy target for sudden rushes, and it generally isn't recommended to attack normally from here.

By moving quickly you may be able to secure a good camping position in the enemy's blind spot.
Another alternative is to move more slowly and keep good aim.

Equip a Brainer to boost your speed and try to surprise the enemy.
The 2F is rarely watched, so find somewhere you won't be seen.
Even if you are spotted it will just add another position they'll need to keep an eye on. 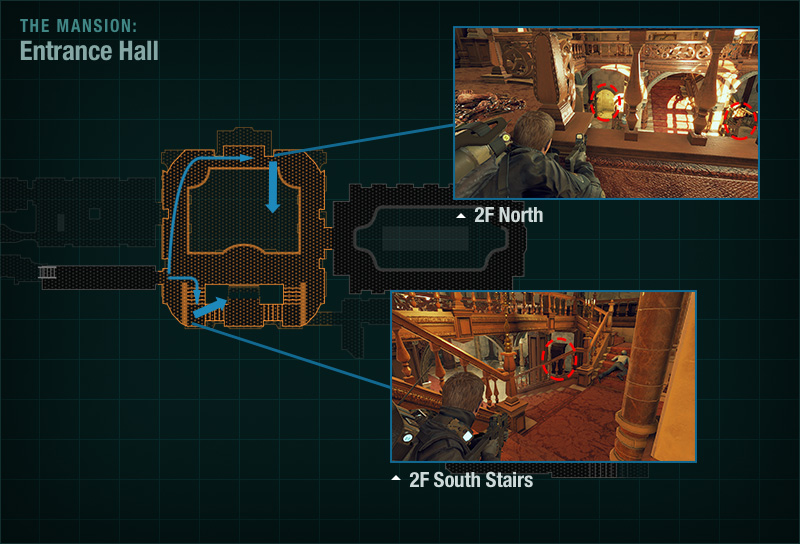 Find somewhere that has cover and escape options you can use, but none for the enemy.
I recommend the following area. 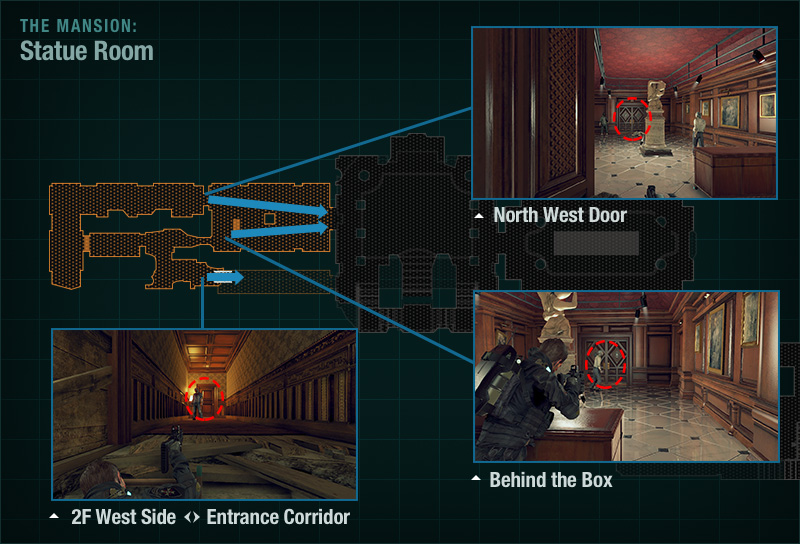 Make good use the 1F dining room door and your opponent will have trouble breaking into the entrance hall from the first floor.
If they actually do decide to enter from the first floor anyway, have your team mates finish them off with a rapid volley. 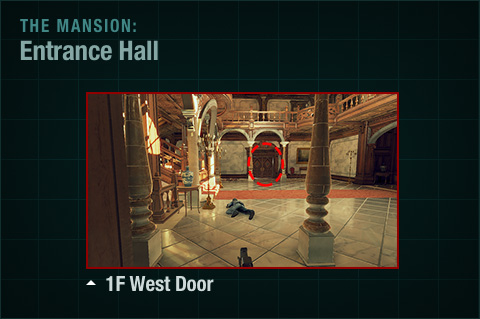 East 2. Watch out for surprises on the 2F

Keep your wits about you or you'll pay a heavy price. Make sure to head to the 2F if the opposing team decides not to use the first floor.

East 3. Fall back when in danger

Falling back can be a good option, have a look at the following images. 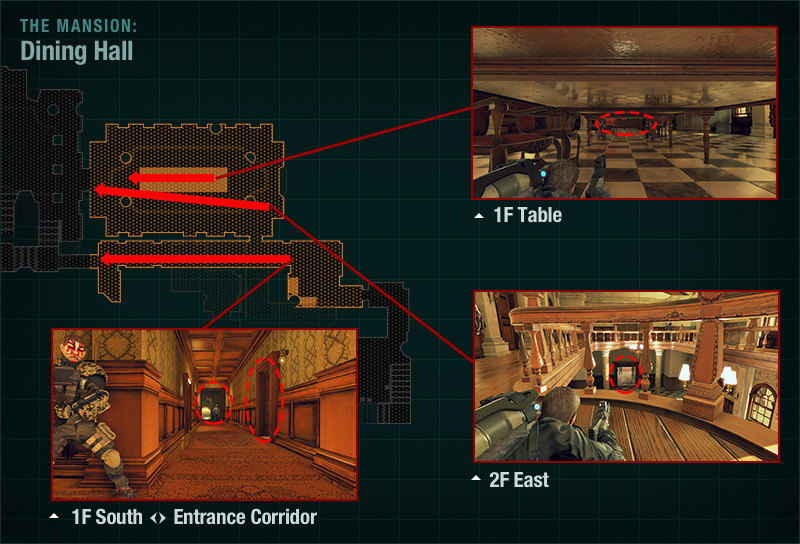 Bonus Tip: There are a lot of doors...

So make sure to go over the controls for analog door and shutter opening.


We've more in store, but that's all for now.

This seems like a good moment to have a break.

We've covered round start strategies this time, and keep in mind that these can generally be put to use in all of the stages.

The fundamental tactics of the game rarely change, but you'll often need to switch things on the fly depending on what the other team chooses. Keep an eye on the enemy's movements and try to learn their own strategies so you can adapt yours to match.

There will be more updates to follow, please check back soon.